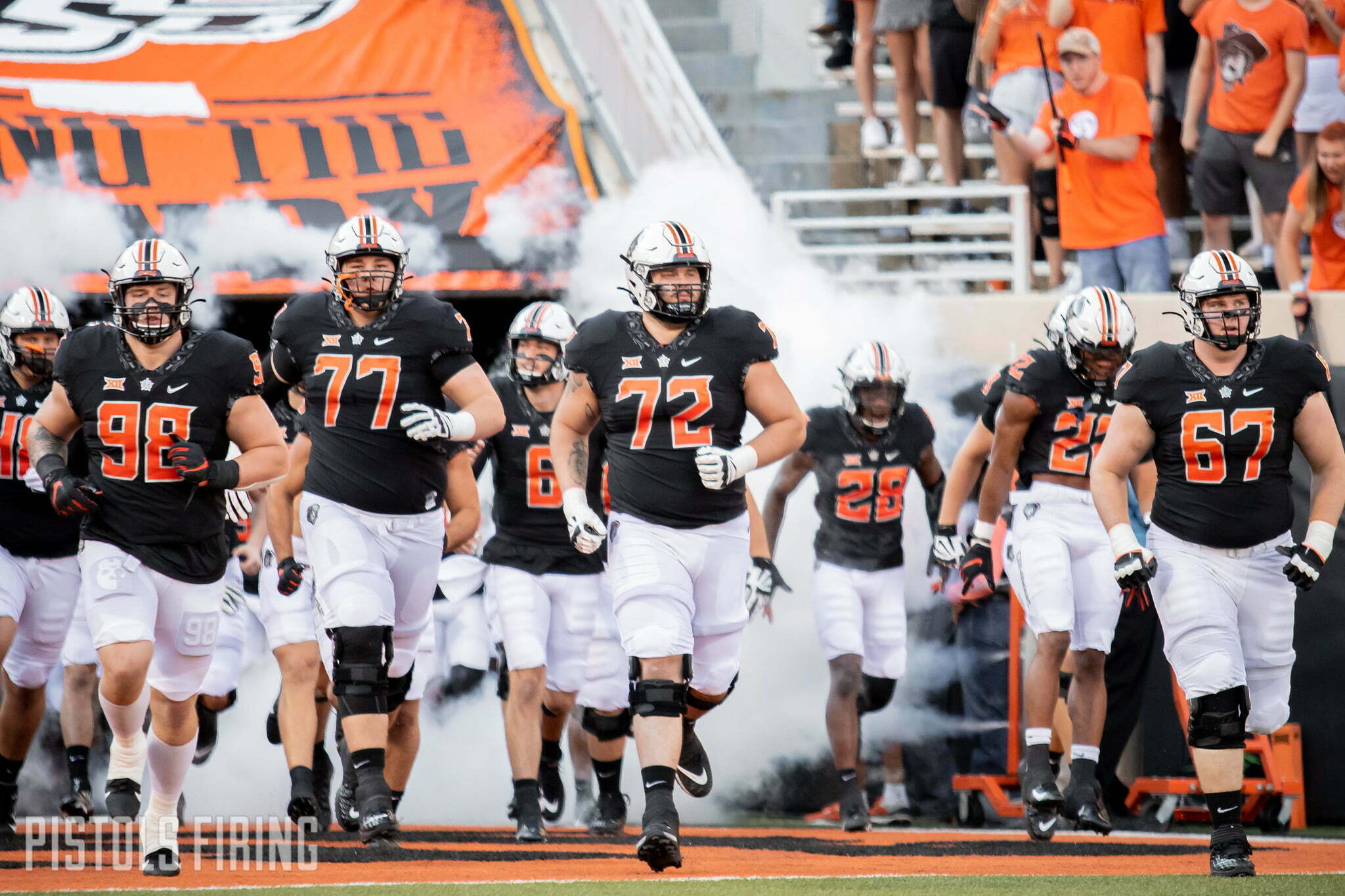 Oklahoma State stayed put in a week that saw some shuffling at the top of the polls. After a bye week, the Cowboys remained at No. 12 in the AFCA Coaches Poll.

But while the Cowboys were off, it was still an eventful weekend elsewhere in the Big 12 and across the country. Before we get into that, here’s a look at this week’s coaches poll.

It was a Saturday with a couple of dramatic finishes, especially in the Big 12, and one big upset.

No. 1 Alabama fell to recently unranked Texas A&M, 41-38. The Aggies were No. 13 in the coaches poll two weeks ago before and were on a two-game skid before upending the Crimson Tide. A win over Bama put them right back in at 18. The Tide fell to No. 5.

After taking a big early lead early in the Red River Showdown, Texas fell behind to Oklahoma and almost came back. It turns out they didn’t want Caleb Williams.

For their efforts, the Sooners moved from 5 up to 3 in the coaches poll, and the Longhorns fell out of the ranking, now the third team out of the Top 25 with 74 votes. The Cowboys will head to Austin to face the unranked Longhorns this Saturday. Big 12 teams also receiving votes this week are Baylor (91) and Iowa State (18).