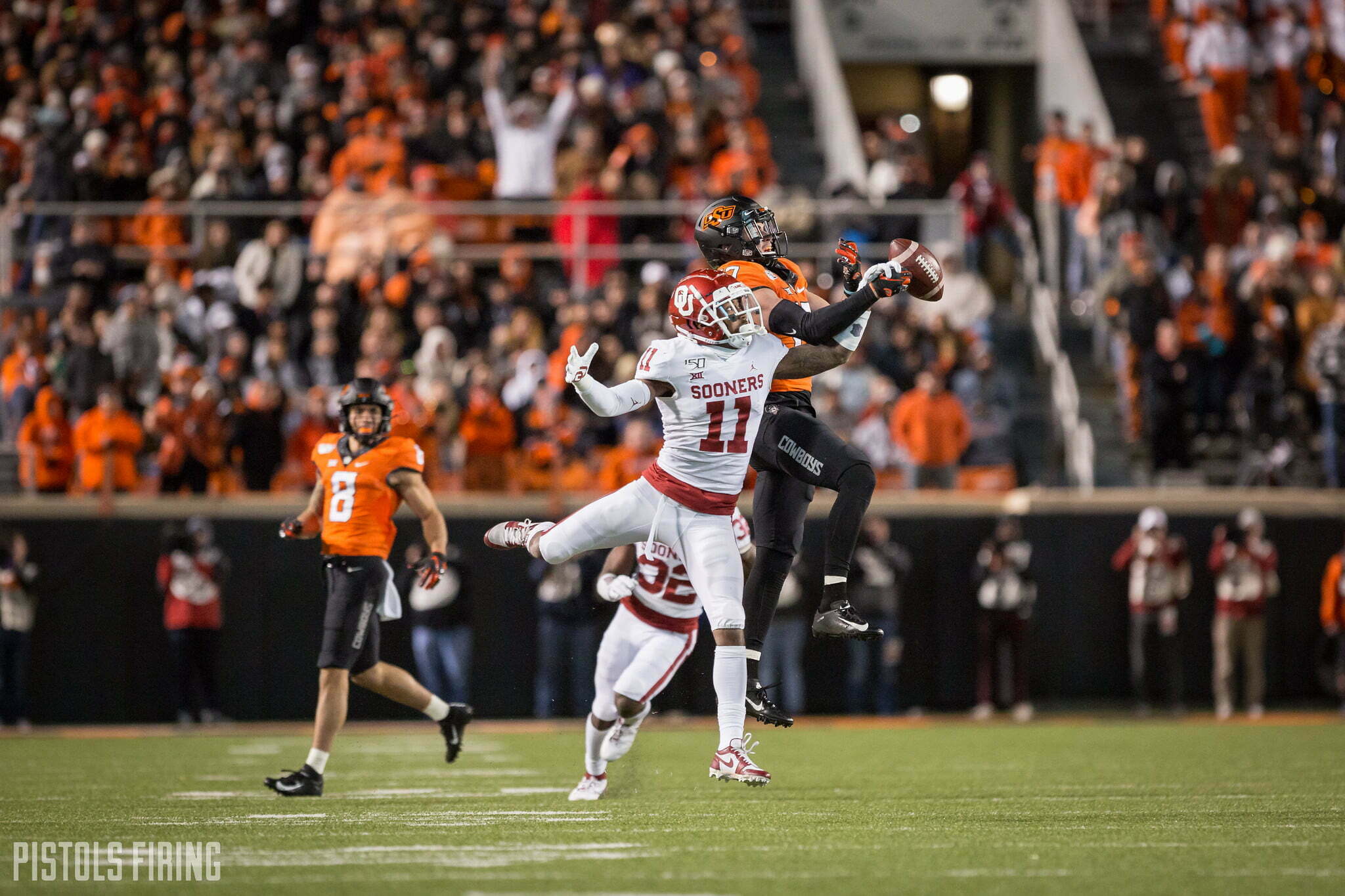 The Cowboys remain at No. 14 this week according to the Associated Press and dropped a spot in the Amway Coaches poll after an off week.

Oklahoma State’s next opponent, Oklahoma, also remained at last week’s ranking of 18th in the AP poll, while rising to 17th according to the coaches, setting up a ranked-on-ranked rivalry game this coming Saturday.

This will be the seventh top 20 Bedlam matchup during the Mike Gundy era.

Texas dropped one spot in the AP and climbed one in the Coaches poll while Iowa State remained constant in both while both schools also had the weekend off. Tulsa debuted in the AP ranking at No. 25. The Golden Hurricane is undefeated since its season-opening loss to Oklahoma State.

More on Bedlam in the Rankings

Gundy has brought a ranked team to the in-state brawl 10 times, with nine of those being ranked-on-ranked matchups. Before his tenure, OSU was ranked in the AP Top 25 just 10 times total when it faced Oklahoma, dating back to 1945.