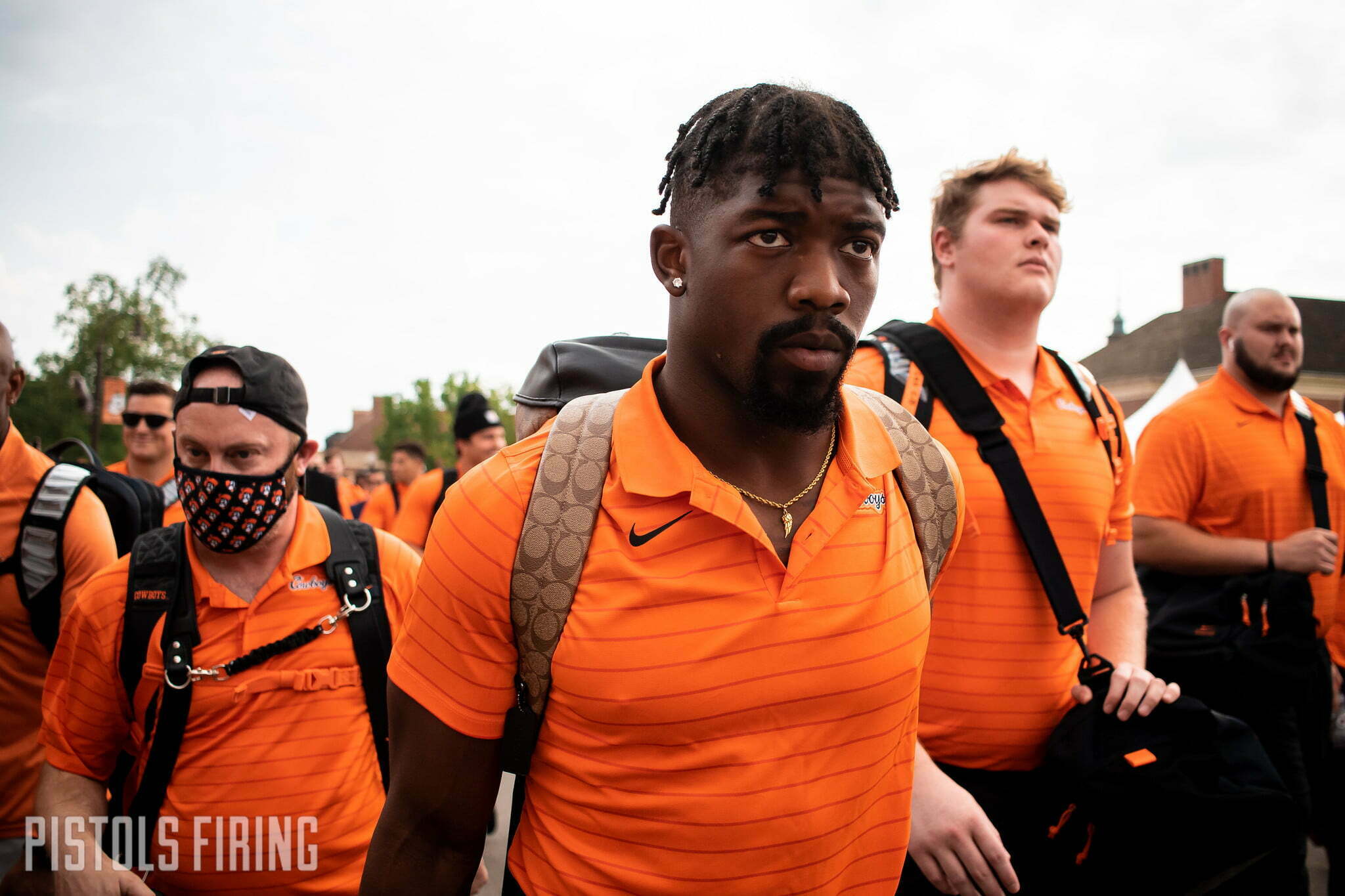 The injury bug bit hard for OSU in nonconference play, with a number of skill players — including running back Dezmon Jackson — going down with ailments. But ahead of Baylor on Saturday the big-bodied back could be trending towards making a return to action.

Mike Gundy said Monday at his weekly radio show that Jackson, who last season was the team’s second-leading rusher behind Chuba Hubbard and led the team in yards per carry at 5.5, could potentially suit up Saturday as the Bears come to town. For Jackson, Gundy says, it may come down to what happens this week in practice.

“Hopefully we can get him back later in the week,” said Gundy. “Maybe suit him up Saturday, we’ll see. I hate to extend myself because you never know. I think we’re going to try him and see how he does.”

OSU running back Jaylen Warren has grabbed a stranglehold on the No. 1 job with Jackson injured, and he has 387 yards rushing on 79 attempts in four games along with a team-high four touchdowns. Still, OSU all preseason hinted at a timeshare between OSU’s backfield in part because they want to keep guys fresh and — most importantly — healthy. While Warren has done well to be both fresh and healthy thus far, a big workload may wear over time on him. So in Jackson, a physical, one-cut back who has shown he can tote the rock and take a beating, OSU may be able to soon welcome him back to the rotation to, at the very least, ease Warren’s big load to keep him fresh all season.