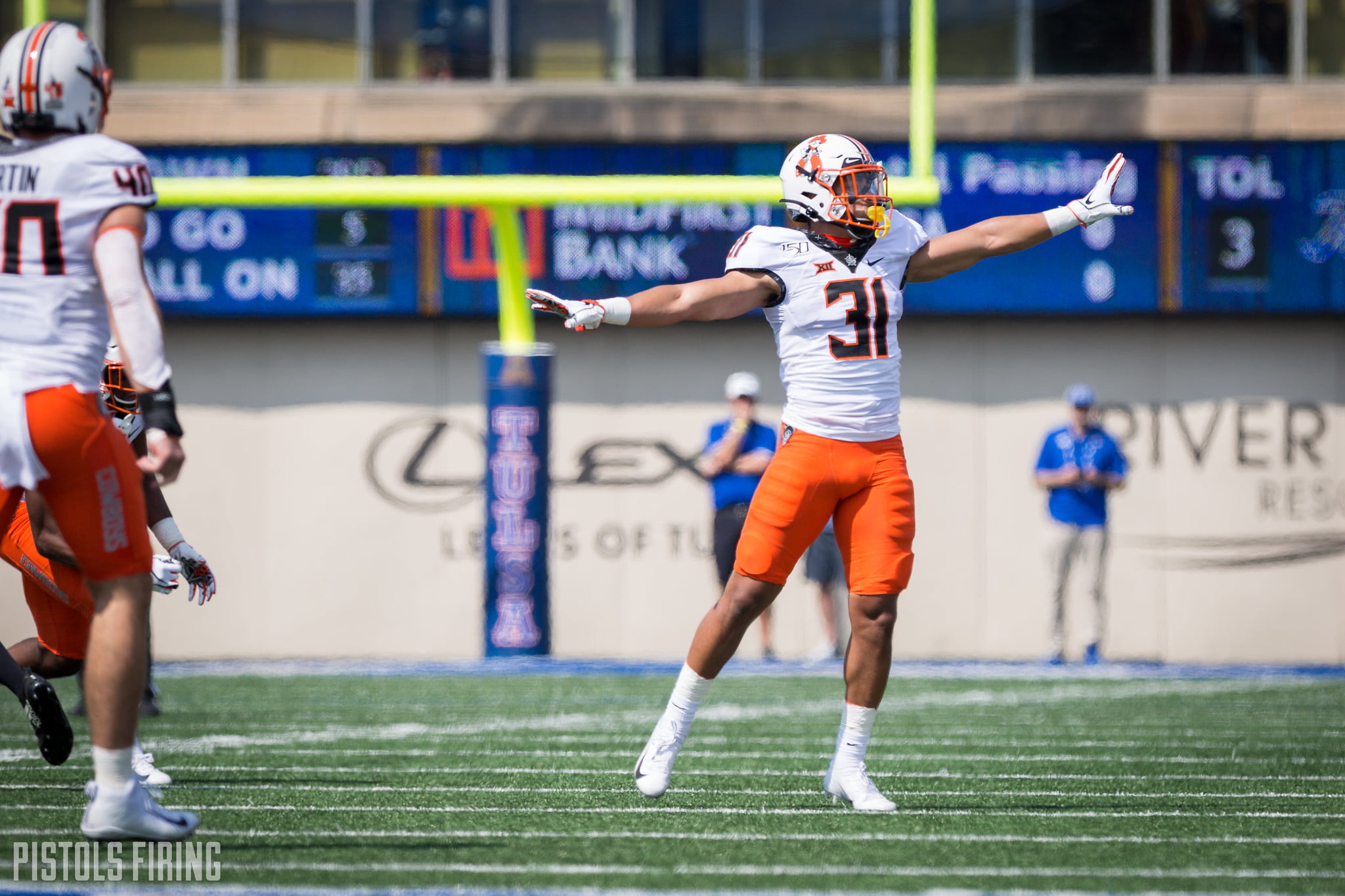 Oklahoma State star safety Kolby Harvell-Peel announced on Monday that he is declaring for the 2021 NFL Draft and bypassing his remaining eligibility.

Peel, a junior, could technically have played two more seasons in college had he elected to use the NCAA’s extra year of eligibility relief. He played three seasons in Stillwater after signing with OSU in the 2018 class and carving out an immediate role as a true freshman and never used a redshirt.

Peel didn’t quite follow up his breakout sophomore season — in which he logged 71 tackles and five interceptions — in the way many expected. He was a preseason All-Big 12 candidate and potential All-American entering the 2020 season. But that is in part because of an injury that nagged him throughout much of the year, and he wasn’t getting thrown at as much given his newfound reputation. And he still finished the year with 44 tackles, one sack and two picks coming off an ACL injury.

His loss is a big one for OSU, though, leaving the Pokes down a starter in the secondary. Tre Sterling and Jarrick Bernard-Converse are expected back for next season, but Peel’s departure likely boosts Jason Taylor, Thomas Harper or Sean Michael Flanagan into an expanded role.