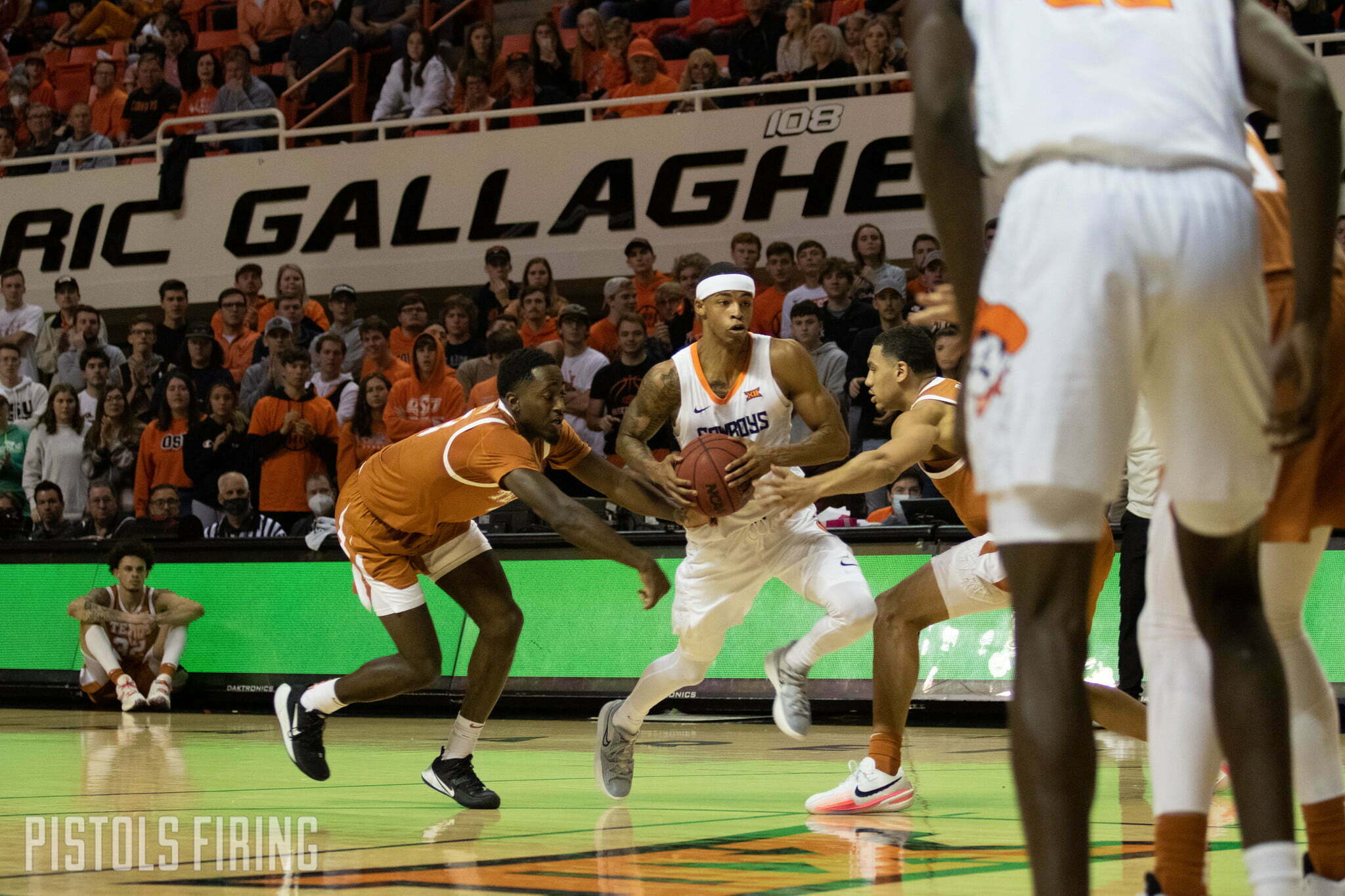 As a four-star high school recruit, arguably no school or staff gave more attention to Courtney Ramey than Mike Boynton’s staff at Oklahoma State. So it should come as no surprise, then, that after Ramey recently entered the transfer portal, Boynton and his crew appear to be back at it.

Ramey is of course receiving a ton of interest after hitting the market from all over the country at the sport’s highest levels — including Gonzaga and Kentucky — but OSU is in the thick of things here as well, according to Jon Rothstein. There’s a handful of other Big 12 schools also in the mix as well, including TCU and West Virginia.

Whether OSU can pull him to Stillwater this time around is unclear, but what is clear is that Boynton and OSU have done whatever the opposite of burning a bridge is with Ramey and his family. Boynton has spoke glowingly of them publicly and praised Ramey at every turn during his career.

“He’s a really good kid from a great family, and whatever success he has outside of [when OSU plays him], I want to cheer for him,” he said several years ago.

In four seasons with the Longhorns, Ramey averaged 10 points, 3.5 rebounds and 2.8 assists a game while shooting 37% from 3-point range. With OSU looking to add talent to its guard spot for next year, Ramey would fill an immediate need as a likely starter given his shooting and scoring punch.