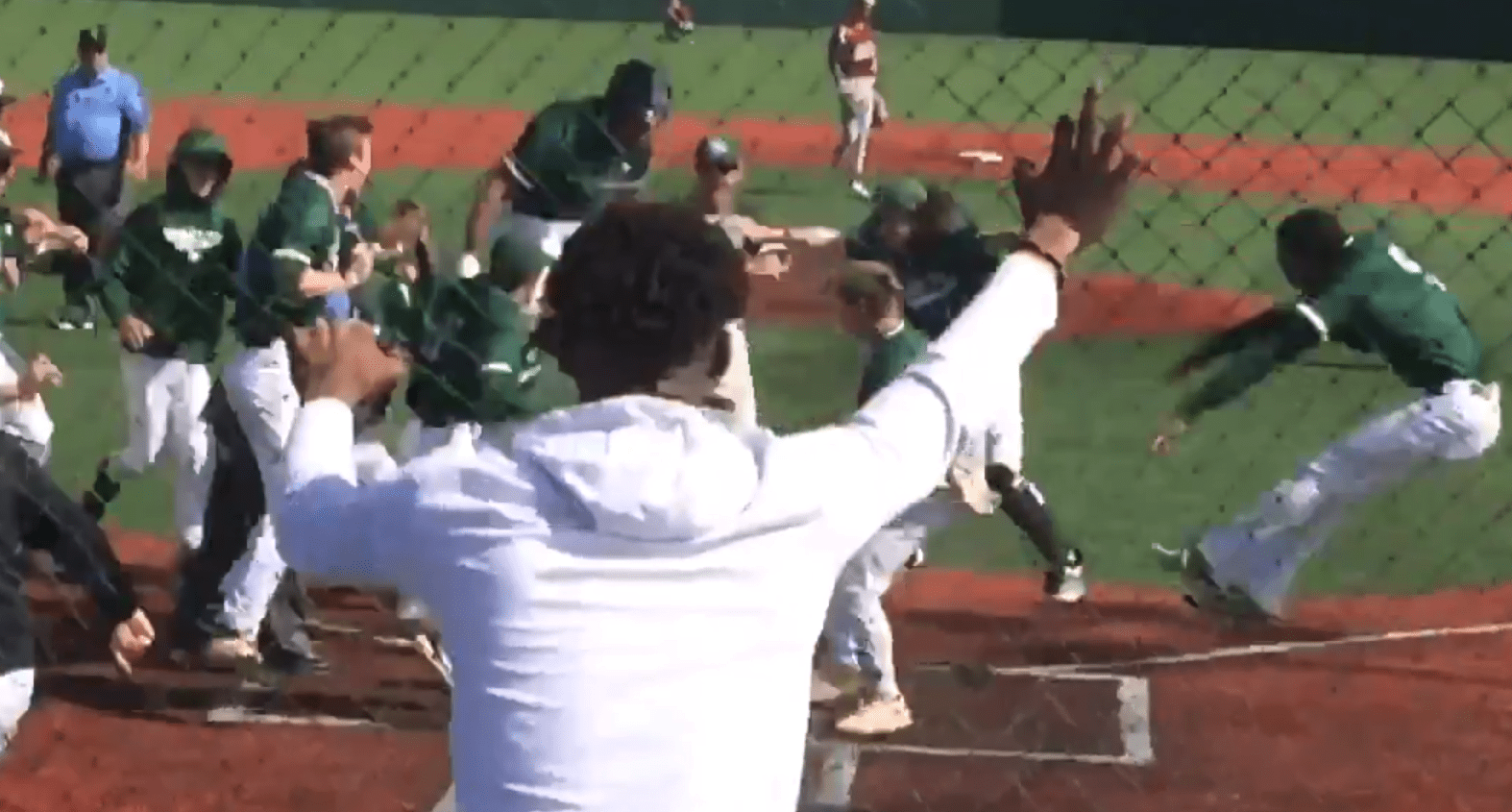 That statement applies to both baseball and football.

The 2019 defensive end signee from Edmond Santa Fe showed as much Friday by driving two hits over the fence, including a clutch walk-off grand slam that advanced the Wolves past Jenks and into the state championship game.

As expected, what followed was pandemonium.

Final: With his second home run of the game @traceford12 walks it off with a monster Grand Slam to left. @ESFWolvesBSB defeat JenksHSBaseball 9-7 and move on to the state championship game.

Ford is a 6-foot-3, 227 pound defensive end who was one of the top rated signees for OSU in its 2019 signing class. His athleticism was one of the major appeals for programs who recruited him, and let’s just say if he’s able to be as dominant a college player as he’s been as a high school player, OSU is getting a homegrown gem who can be a Stillwater star for years to come.