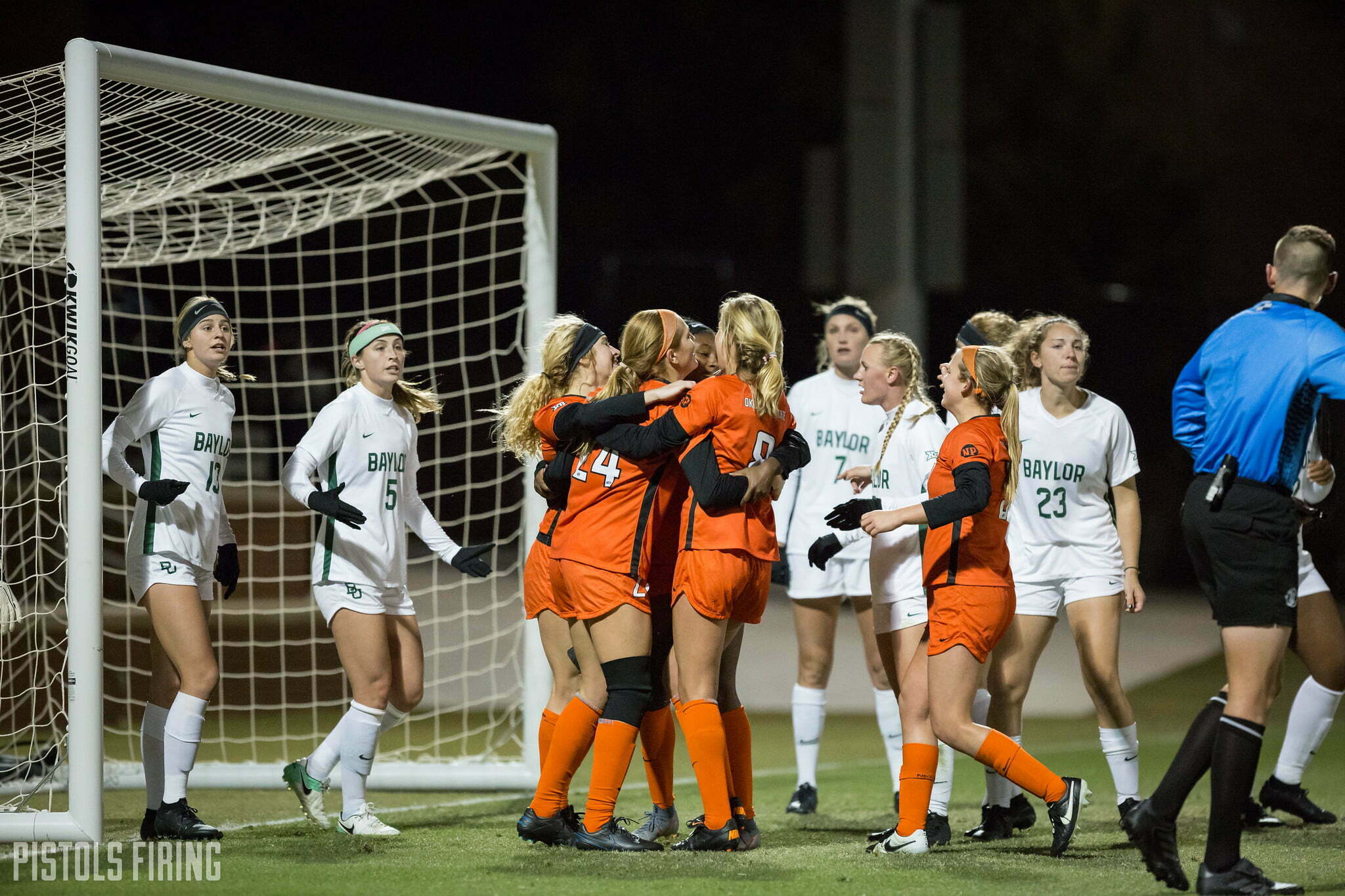 STILLWATER — Olyvia Dowell skipped a cross through the box that somehow made it all the way across the net.

Claire Gantzer got on the end of Dowell’s pass about 12 yards out from the back post and rocketed a shot into the top-right corner of the goal. It was the only scoring strike of the evening, as Oklahoma State defeated South Dakota State 1-0 in the first round of the NCAA soccer tournament in Neal Patterson Stadium.

Right time, right place! @clairegantz fires in a 🚀 for the Cowgirls' first goal of the evening. #GoPokes #okstate #NCAASoccer pic.twitter.com/3menjgxJIs

“I was excited, but I honestly was just thinking, ‘Please don’t miss,'” Gantzer said. “That would’ve been really bad.”

The Big 12 regular season champ and the Summit League tournament champ played in a tight contest.  The Jackrabbits had an 8-7 shot lead at halftime, but OSU had three shots on goal at the break to SDSU’s 2.

Despite the close shot totals, the Jackrabbits didn’t test OSU goalkeeper Dani Greenlee all that much. They did, though, test midfielder Camy Huddleston in the second half. Huddleston defended a post off a Jackrabbit corner kick. SDSU got the ball by Greenlee, but not Huddleston.

Oh no you don't!! 🚫 @camycow17 comes up with a BIG clearance late in the match to keep the #okstate lead alive. #GoPokes #NCAASoccer pic.twitter.com/jZYbLeZPeW

The Cowgirls had a few opportunities to score more.

Ganters rifled another shot in the 78th minute that narrowly missed the left post. The ball hit off the side netting, and the 1,410 fans in Neal Patterson Stadium roared to their feet when they saw the net ripple.

With about 23 minutes left in regulation, freshman Megan Haines had a shot near the penalty mark, but she put it right of the goal. Forward Gabriella Coleman also hit the crossbar in the first half.

The Jackrabbits finished with 10 shots, four of which were on goal. OSU had 16 shots and six on target. Although SDSU didn’t have many major scoring chances apart from Huddleston’s goal line clearance, the ball did spent a lot of time in either one box or the other.

“It was open,” OSU coach Colin Carmichael said. “The game was really open. I didn’t expect it to be so open in the midfield. I think their back three drop off quite early, so they allow you to play in front of them, which allowed us to get numbers forward. I think our back three dropped a little earlier than we usually would, and that probably opened things up. It’s a little bit nerve-wracking when the ball’s popping around your 18 a little bit.”

The Cowgirls advance to the second round, where they’ll play the winner of Santa Clara and California. Those teams play Saturday. OSU will also pay close attention to the USC vs. Cal State-Fullerton match on Saturday, as a USC loss would mean Stillwater would host the second and third rounds of the tournament.

“We didn’t play our best, but we fought and we gutted it out,” Carmichael said. “We’re just thankful to be one of the teams that’s gonna advance into the next round and be in the last 32.”