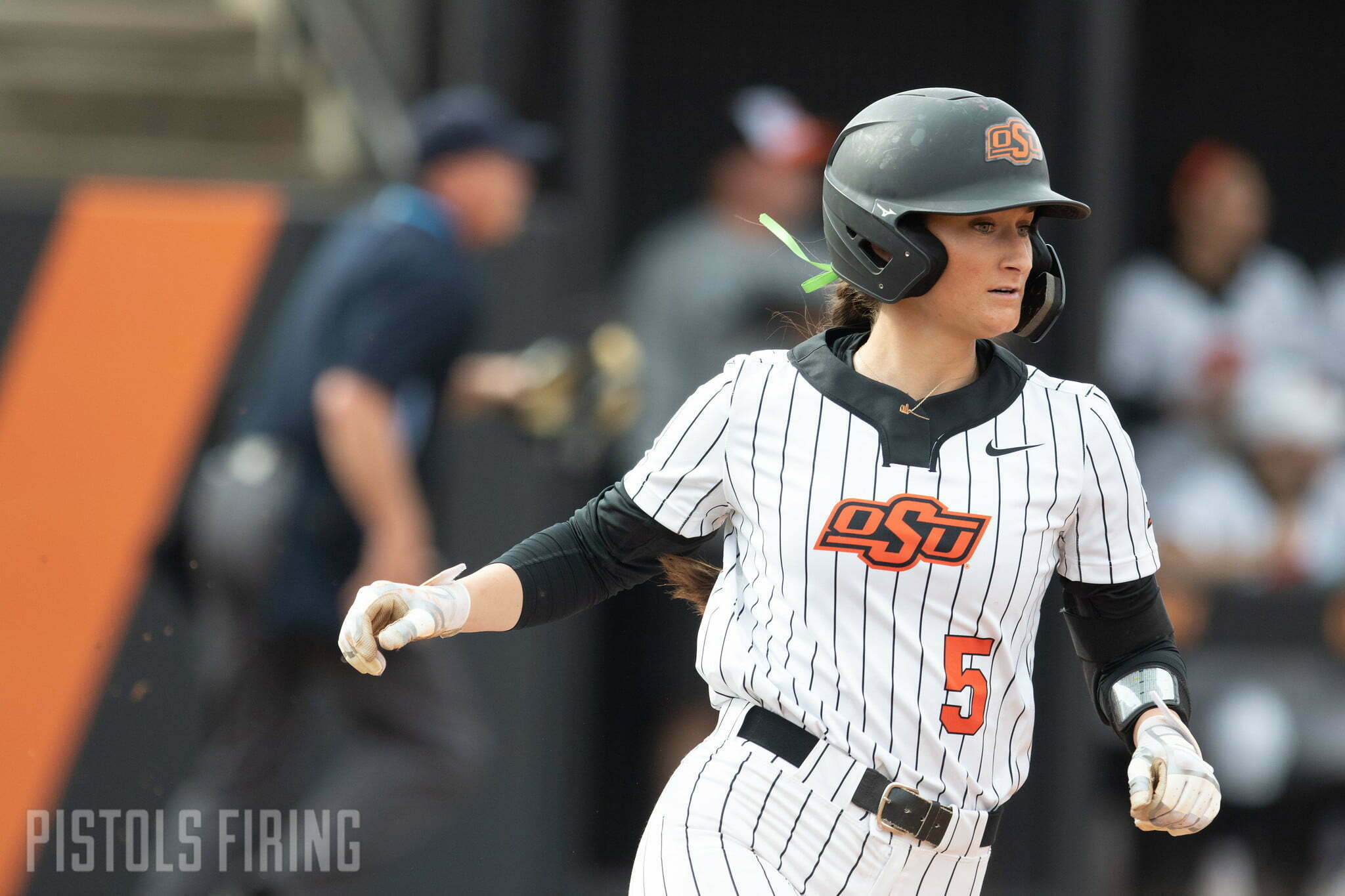 Lively bats and stingy defense has made for a winning combination for the Cowgirls over the last two weeks.

Oklahoma State extended its win streak to five on Friday with a 7-0 win over Texas Tech. The Cowgirls are 22-6 on the season and now 1-0 in conference play.

Kelly Maxwell extended her record to 10-0 with her first no-hitter of the season, and fourth of her career. She struck out 16 batters in seven innings, walked three.

“Thought that Kelly was just very, very sharp,” said Gajewski. “Sixteen Ks, can’t recall a ball they hit hard on her tonight so really good to watch that. When she’s going like that, she’s as good as anyone in the country.”

OSU has not lacked for runs over the last two weeks. Since their 3-1 loss at UT Arlington on March 16, the Cowgirls hadn’t scored less than eight in an outing — some of those didn’t even got seven innings — and they scored seven on Friday night.

Kiley Naomi got OSU on the board with a solo bomb in the bottom of the third and Miranda Elish hit a two-run homer in bottom of the fifth, her first goner as a Cowgirl, to push the home team’s lead to 6-0.

The pair of Naomi and Elish, along with Katelynn Carwile and Sydney Pennington, all logged a multi-hit outing and were for responsible for five of six Cowgirl runs batted in.

The Cowgirls have now scored seven or more runs in each of these five-straight victories, with the 7-0 decision being the lowest-scoring outing in the streak. Three of those games were shutouts and three ended due to mercy rule.

Game 2 of the weekend series takes place at 2 p.m. Saturday at Cowgirl Stadium. Game 3 is at noon on Sunday.