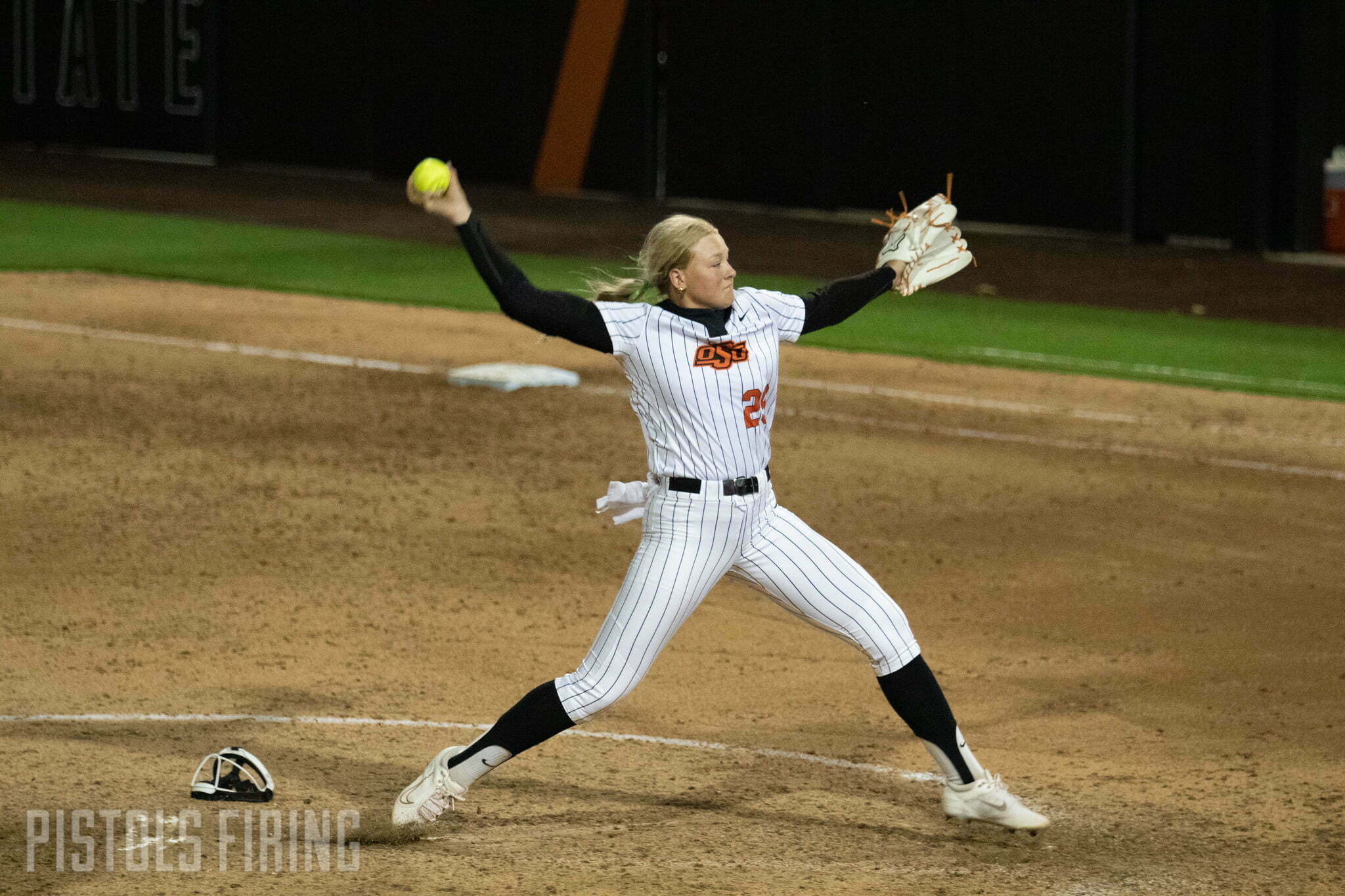 The No. 9 Cowgirls had an up-and-down trip to the Lone Star State starting with a come-from-behind win at North Texas on Tuesday night followed by a loss on Wednesday night to UT-Arlington. Both games were decided by a two-running inning.

The game was tied at 2 when Brianna Evans’ single in the sixth inning sent Avery Hobson across home plate. On the next at-bat, Chyenne Factor did the same for Chelsea Alexander to pad the score and make it 4-2.

“So very happy with the way our kids competed all day here,” OSU coach Kenny Gajewski said. “Some great at-bats, some clutch hitting by Avery Hobson, Chelsea, Bri was really good here today, and we ran the bases very well.”

Kelly Maxwell moved to 7-0 on the year, striking out seven for her fifth complete game on the year. What’s more, she shut down North Texas slugger Tayla Evans who came in batting .385 on the season. Evans didn’t record a hit against the Cowgirls.

The Cowgirls’ six-game winning streak came to an end on Wednesday, moving OSU to 17-6 on the season.

The hometown Mavericks took the lead early and held onto it. Meagan Smith hit a two-run moonshot over the left-field fence to put UTA up 2-0 in the bottom of the third.

Brianna Evans was responsible for Cowgirl runs on consecutive nights. Oklahoma State’s lone score in Arlington came off her solo home run in the third. Then the Mavericks piled on with an unearned run in the fourth to go up 3-1.

Morgan Day took the loss in the circle and moved to 4-2 on the season. Miranda Elish was able to stop the bleeding, striking out one and allowing no hits and no walks over the final two innings. Unfortunately, the Cowgirls couldn’t get much going against Mavericks pitcher Jessica Adams who recorded a complete game, allowing just four hits and one run.

“We got to get ready to go,” Gajewski said. “We got a really good weekend this week here and a long bus ride home to figure out how to get this team on the right track.”

The Cowgirls are back home this weekend for a three-game series against Wichita State that commences at 2:30 p.m. Friday in Cowgirl Stadium.