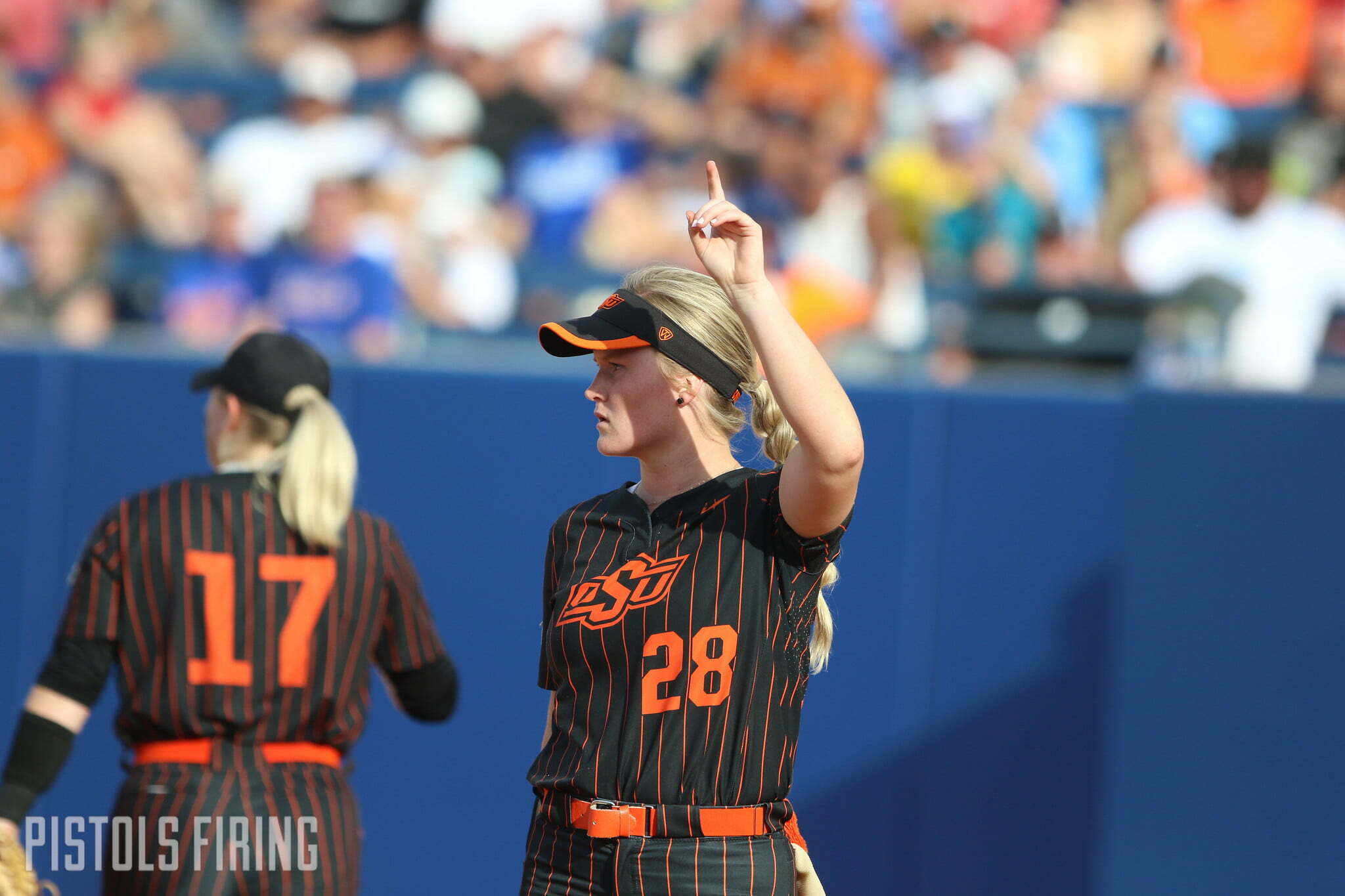 The Cowgirls were oh, so close to playing for a national championship last season, but it looks as if Kenny Gajewski’s squad is going to be good again in 2023.

Oklahoma State is No. 3 in D1Softball’s Preseason Top 25. The Cowgirls are one of three Big 12 teams ranked, joining No. 1 Oklahoma and No. 14 Texas.

The Cowgirls went 48-14 last season, finishing a game short of a championship series. OSU won the Big 12 Tournament before sweeping their Regional and Super Regional and winning two games at the Women’s College World Series.

Kelly Maxwell returns for her redshirt senior season after throwing 189.2 innings and having a 1.22 ERA with 313 strikeouts in 2022.

OSU’s batting order will also see some familiar faces. Katelynn Carwile returns after hitting .335 with seven home runs and 33 RBIs as a sophomore in 2022. Chyenne Factor is back for a fifth year after hitting .303 with 10 home runs and 35 RBIs last season. Kiley Naomi is also back for a fifth season. An All-Big 12 First Team selection in 2021, Naomi hit .224 and had a team-best 37 runs scored in 2022.

The Cowgirls’ season starts Feb. 10 at the Puerto Vallarta College Challenge in Puerta Vallarta, Mexico. OSU’s home opener is March 3 against Missouri as part of the OSU/Tulsa Invitational.