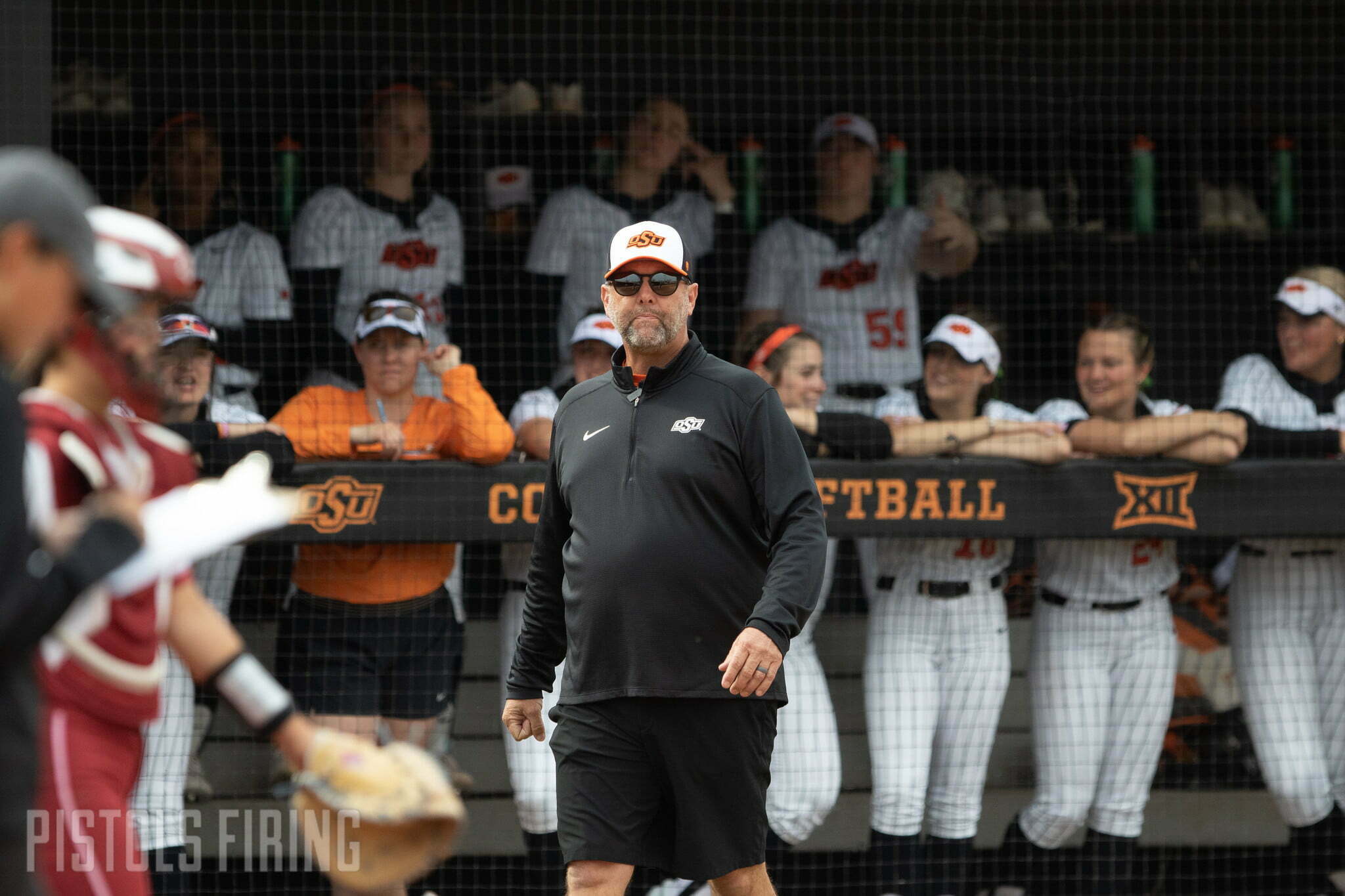 Oklahoma State’s 12-game win streak ended on Saturday, but the Cowgirls were able to right the ship shortly thereafter.

No. 6 Oklahoma State fell to Iowa State in Part 1 of a double-header in Ames before evening the weekend series in Part 2. The Cowgirls are no longer unbeaten in Big 12 play.

Kelly Maxwell fell to 12-1, recording her first loss of the season after giving up three runs in six innings. She was fresh off of back-to-back Big 12 Pitcher of the Week honors after striking out 13 batters and logging a 0.00 ERA over the previous week.

In her dozen starts this season, this was just the fifth in which Maxwell allowed multiple scores and only the second in which the opponent scored more than two. She struck out nine batters but walked two and allowed five hits and three runs. Nobody’s perfect.

Game 1 of the series was postponed from Friday afternoon due to frigid temperatures in Ames, and it seems the Cowgirls’ bats were still pretty cold for this one. The Cowgirls recorded just one hit in the loss. OSU’s single run in the first game came the hard way.

Avery Hobson scored after walking and then advancing to second on a sac-bunt. She then stole third base and crossed the plate on a wild pitch.

But those bats did finally thaw out.

OSU got on the board in the first with a Miranda Elish ground-out which send Kiley Naomi across the plate. Iowa State’s Angelina Allen answered with a two-run homer in the bottom of the first to make it 2-1. The Cowgirls evened the score in the third thanks to a Taylor Tuck RBI single to left field.

The Cowgirls enjoyed a three-run fourth inning and never looked back. It started with Katelynn Carwile’s two-RBI double.

Elish added another RBI in the fourth to push the lead to 5-2. ISU’s Milaysia Ochoa’s solo home run in the sixth pulled the home team to within two runs, but that was the game’s last score. After allowing that score, Elish retired five-straight Cyclones — three went down swinging.

“Good to get this second game,” said Gajewski. “Obviously, the first game we didn’t play well, didn’t make some plays. Just couldn’t get the big play when we needed it. The bats were quiet. Credit their kid. She had us kinda tied in knots.

“We found a way to bounce back in the second game and proud of this team for just battling. It’s a grind out here. It’s always a grind here. We struggle here in Ames. It’s just a part of it. We know that. We’ve gotta find a way tomorrow to match the energy to outcompete and just do what we do.

The Cowgirls end Saturday 30-7 overall and with a 7-1 conference record, still leading the league in conference wins. The deciding Gamer 3 of the series is scheduled for noon on Sunday.