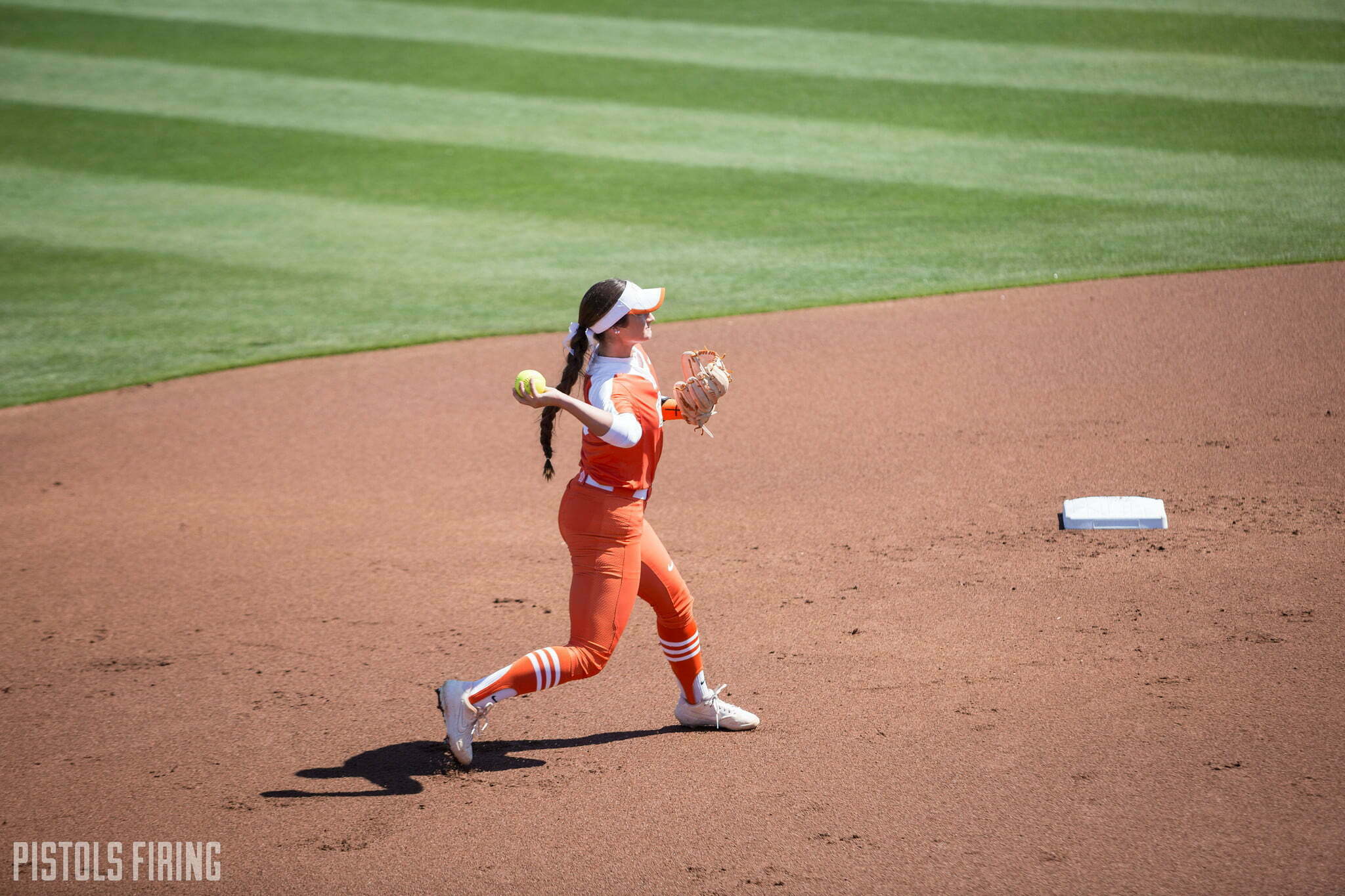 The Cowgirls proved again this weekend that defense and bats travel well.

No. 6 Oklahoma State defeated Baylor 7-2 on Sunday, completing consecutive Big 12 sweeps while maintaining a share for the lead in the Big 12.

Miranda Elish moved to 9-4 on the season, allowing two runs off four hits, and she struck out nine. After allowing that pair of runs in the first, Elish gave the Bears the steel trap treatment. She was perfect for four-straight innings in the circle, to earn her sixth-straight win.

Kelly Maxwell, who had pitched a complete shutout just hours earlier, came on for a 1-2-3 final inning, allowing no hits and striking out Baylor’s final two batters swinging to seal the win.

The Bears let the Cowgirls know that they did not intend to get swept at home without a fight. Baylor took a 2-0 lead in the bottom of the first thanks to a two-run double to right center by shortstop Aliyah Binford.

The Cowgirls mustered only two runs in their shutout win over the Bears on Saturday night, and that cooling of the bats continued into Sunday afternoon. OSU went scoreless through the first three innings, leaving a runner stranded in each, but those bats couldn’t stay cool for long.

Then the Cowgirls took advantage of a Baylor error for two more runs in the same inning to take a 4-2 lead.

After making a highlight reel worthy play Saturday night, Kiley Naomi added to her reel with this leaping out.

The Cowgirls piled it on in the sixth, scoring three runs on a Katelynn Carwile single, a wild pitch and a Miranda Elish sac-fly, respectively.

The victory moves OSU to 28-6 on the season and 6-0 in conference play, maintaining a Big 12-leading tie with Texas. The Cowgirls head to Wichita State to face the Shockers at 6 p.m. Wednesday and then Ames, Iowa for a weekend series against Iowa State, starting at 4 p.m. Friday.