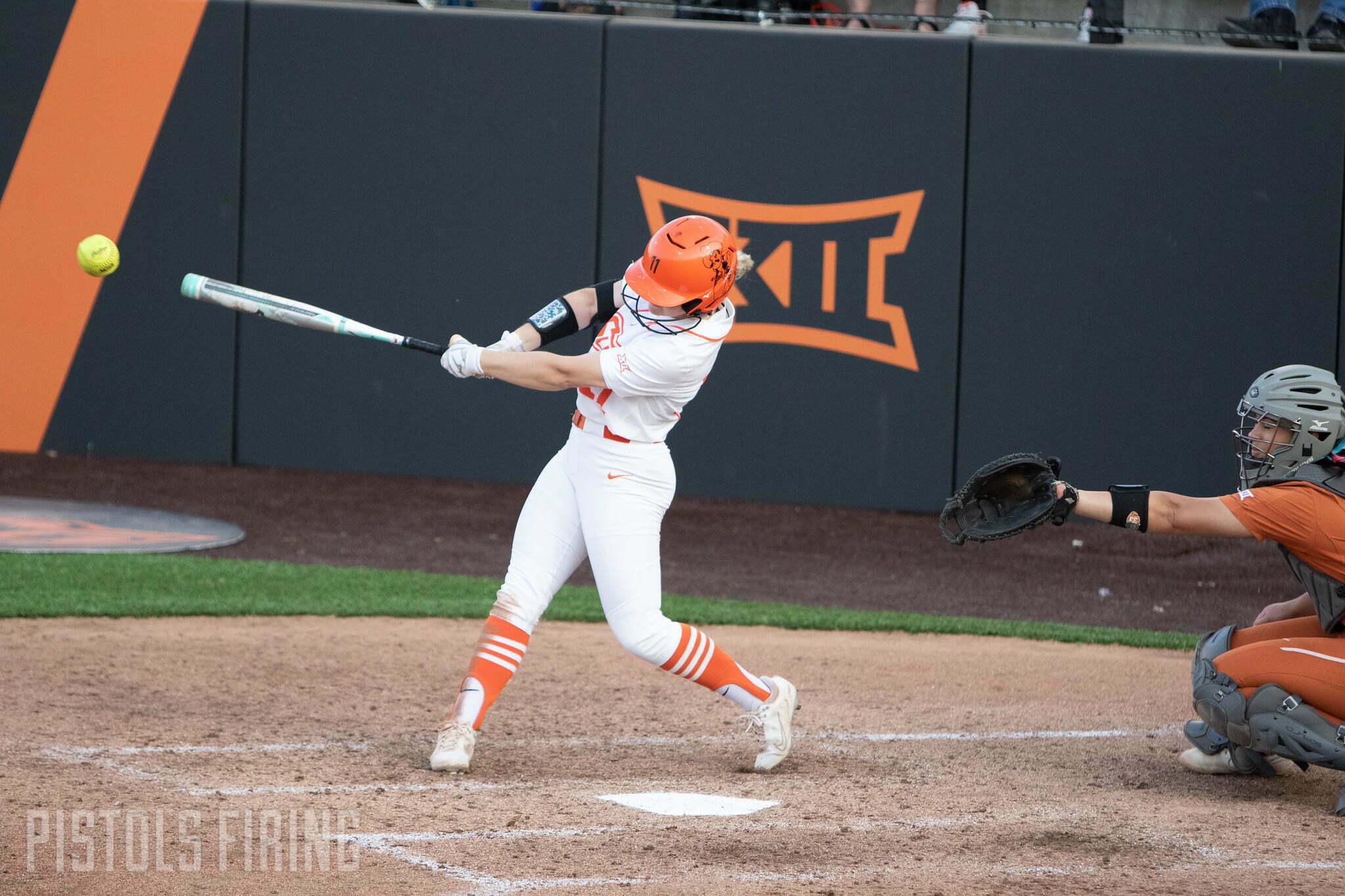 After two days of fighting from behind, the Cowgirls gave themselves something to hang onto Saturday, but they couldn’t hang onto it.

Top-ranked Oklahoma swept the Bedlam softball series with a 5-3 victory at the OU Softball Complex. OSU had a 2-1 lead in the bottom of the fifth inning before the nation’s career leader in home runs added another to her tally.

The frame started with OSU pitcher Kelly Maxwell hitting two batters with pitches before walking another. That brought up Alo with the bases loaded. Alo took an 0-2 pitch over the fence in right center, giving OU a 5-2 lead.

The Cowgirls’ had a comeback attempt from there, but it fell short. OSU got a run back in the top of the sixth when Hope Trautwein walked four consecutive batters. But with the bases loaded and one out, Trautwein struck out Morgyn Wynne before forcing Karli Petty into a ground out to leave them loaded.

OSU’s other two runs came in the second inning when Hayley Busby hit a home run to left. The round-tripper also scored Sydney Pennington, who walked to start the inning.

OSU coach Kenny Gajewski went back to Kelly Maxwell to start in the circle after Maxwell started Thursday’s series opener. Maxwell pitched five innings where she allowed five runs off only two hits. She struck out three, but walked two and hit another three.

The Cowgirls finish the regular season with a 38-12 record, finishing 14-4 in Big 12 play. That conference record will be good for the second seed in the Big 12 Tournament, which next weekend in Oklahoma City. OSU will start the tournament with a game against seventh-seeded Kansas at 3 p.m. Thursday.