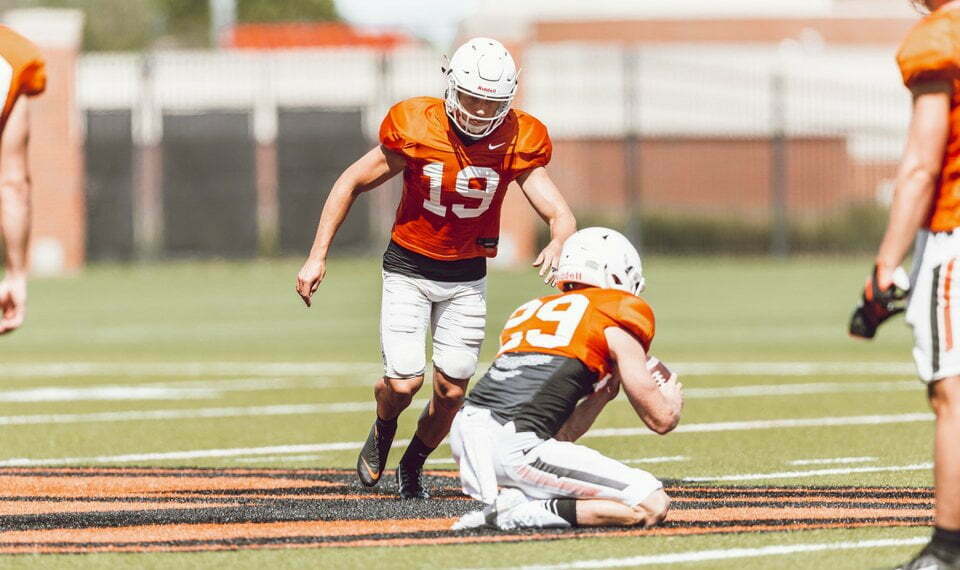 Oklahoma State will be without starting kicker Alex Hale, who has been enjoying an All-Big 12 caliber season for the Pokes, as they take on OU in Norman. Hale sustained a pre-game injury that knocked him out of the contest, according to the Cowboy Radio Network. Redshirt freshman Brady Pohl will take his place.

Hale has made 13 of his 14 field goal attempts on the season and took hold of the job early in fall camp, impressing Mike Gundy and the staff with his consistency and distance. His only miss of the season came against Iowa State.

Pohl has attempted just one career field goal attempt, which came against Kansas last month from 24 yards. A 6-foot-2 Kansas City, Missouri, native, he redshirted all of last season.