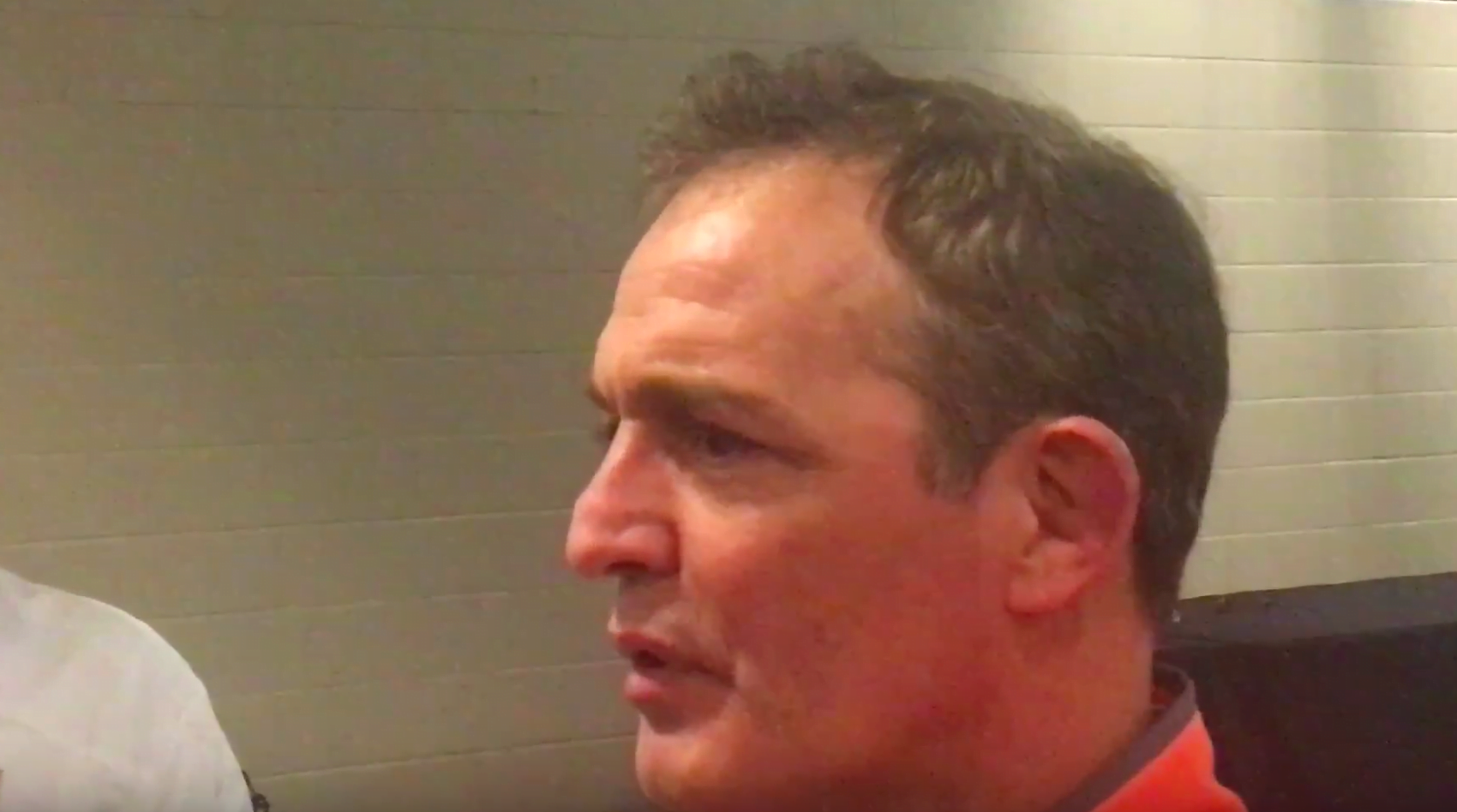 TULSA, Ok. — Every Cowboy who stepped on a mat in a black singlet won Saturday.

With a team score of 155.5, the Oklahoma State wrestling team won its 51st, and fifth straight, conference title at the Big 12 Championships in Tulsa. The Cowboys went 20-0 and sent all 10 of its wrestlers to the title matches starting at 1 p.m. Sunday in the BOK Center.

This is the first time in Big 12 history a team has sent all 10 wrestlers to the finals. Coach John Smith said there was little negative to take away from his team’s perfect performance.

For the sweep, OSU needed 197-pounder Preston Weigel to upset South Dakota State’s No. 2 Nate Rotert after waiting for all other semifinal match to finish. Weigel earned a takedown in the first period, a first in his past handful of matches, Smith said. From then, he never trailed earning a 9-0 victory to seal the semifinal sweep.

The Cowboys finished the semifinals with pins from Dean Heil and Chandler Rogers. It was OSU’s sixth and seventh falls of the day and Heil’s second not only from Saturday, but also for the season.

Smith said his 141-pounder has improved dramatically since the 27-13 loss to then-No. 2 Penn State.

“Definitely saw a different side of him today,” Smith said. “We’re gonna need to see it. I think you’re gonna see probably the best matchup tomorrow maybe at this weight.”

No. 2 seed Bryce Meredith is Heil’s opponent tomorrow. His victories came by major and decision Saturday, while Heil earned a pair of pocket pins, but Smith said Meredith is someone Heil could see deep in the NCAA Championships.

But Kaid Brock at 133 pounds is likely to have the most competitive match vs. South Dakota State’s No. 1 seed Seth Gross, who has a story for the ages. Smith said

“He’s gotta finish his shots,” Smith said. “Gross is a kid who can win the weight class in two weeks (at the NCAA Championships). He’s tough. He’s good.”

Smith said OSU rode momentum created early in the semifinal round by decisions from 125-pounder Nick Piccininni and Brock in 133-pound class. Heil’s pin just crested the wave for those who followed.

“They put it out there,” Smith said. “The guys that I felt like were struggling a little bit seemed to show some things that I hadn’t seen all year long.”

This is the first time in Big 12 history that a team has sent a wrestler into the final match in every weight class. OSU was one away in 2016, but then-freshman Gary Wayne-Harding couldn’t make the final match. Again in 2014, the Cowboys sent nine wrestlers to the finals, but they failed to get the 10th in at the 197-pound weight class with Blake Rosholt.

“This team’s been a part of a couple records,” Smith said. “Two weeks ago with the attendance and of course putting 10 in (the finals).

“We’ve got 10 in the finals,” Smith said. “I’ve never done that before in 25 years. There were times when we had five teams. They put it out there. The guys that I thought were struggling a little bit seemed to show some things that I haven’t seen all year long. It’s amazing what you can do when you’re feeling good about yourself and the guys around you are competing hard.”