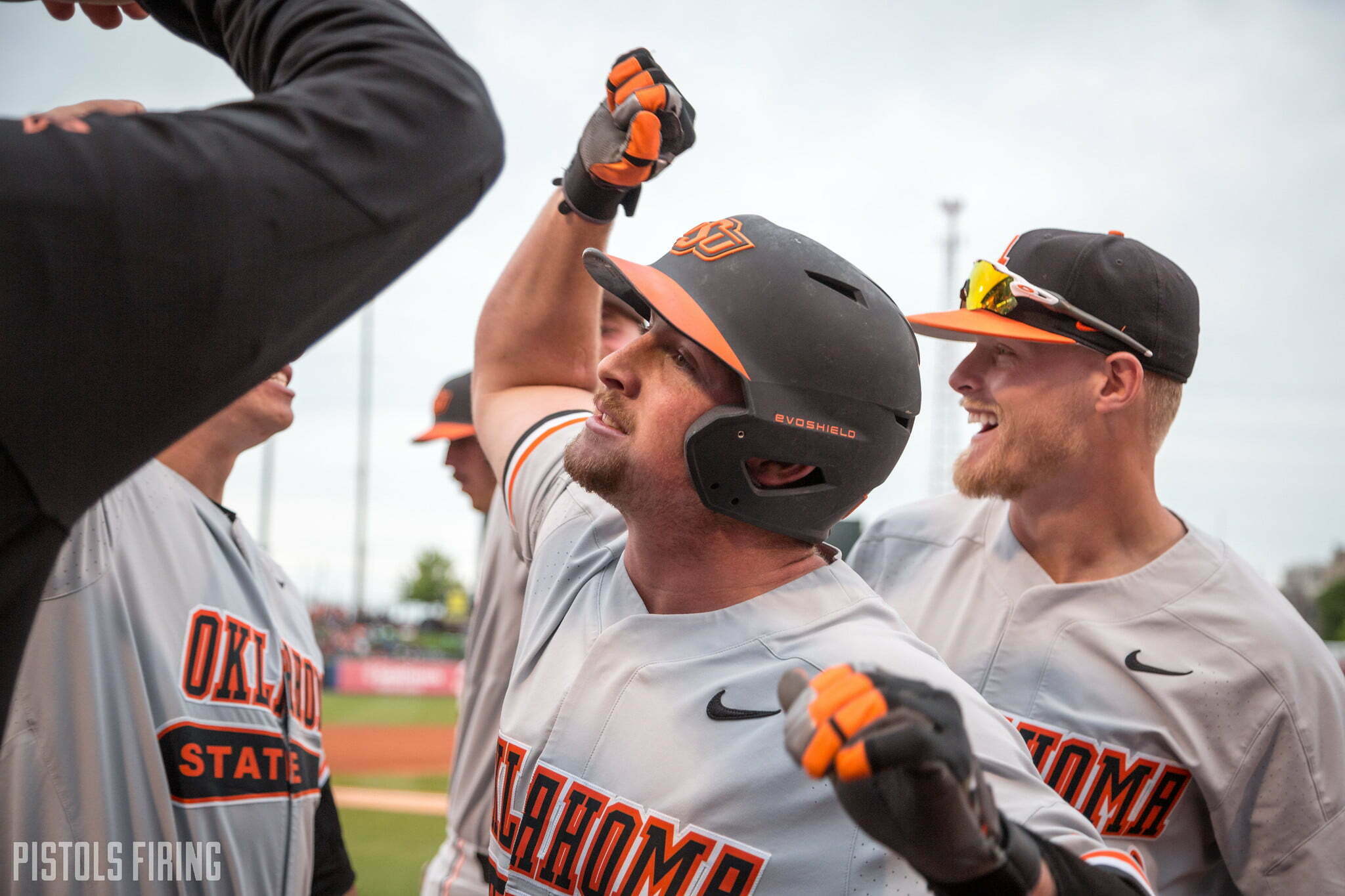 In Game 1 of their regular season series finale against Baylor, the No. 13 Cowboys handed the No. 12 Bears a 16-4 loss thanks in large part to barrage of home runs in the early innings.

It got out of hand quickly for the visiting Bears, who started the game atop the Big 12 standings. After four, the Cowboys led 13-0 with big innings in the first (four runs), third (five) and fourth (three) including a third-inning grand slam by senior catcher Colin Simpson.

On the mound, Joe Lienhard stymied the Bears just long enough to move to 3-1 as a starter this season. The senior right-hander pitched his longest game of the year, lasting six full innings and allowing four runs, seven hits and striking out seven. He did give up two of those runs in the sixth — one by a wild pitch and one by error — to allow Baylor to pull to within 15-4.

The final score of the night came in the bottom of the seventh with Bryce Carter’s RBI single to right field which facilitated the Carson McCusker score and pushed the final tally to 16-4.

An ancillary benefit to a big early lead was a chance at some confidence building for one of OSU’s most intriguing prospects in redshirt freshman Mitchell Stone. Stone spelled Lienhard, seeing his first action since April 10 after riding the pine following a few rough outings. The left-hander’s first inning? Three men up. Three men down.

In three innings, Stone struck one out, allowed one hit but zero runs, to earn the first save of his career. More important was the smile on his face as he celebrated with teammates afterward. That increased aplomb could pay dividends during the Cowboys’ upcoming postseason run.

Offensive Play of the Game

There were plenty, but how could we not go with Homer Simpson’s third-inning grand slam to push the Cowboys’ lead to 10-0 and (out of reach of the Bears’ claws)?

Defensive Play of the Game

Hueston Morrill contributed this web gem for your consideration.

That boy has range! @hueston_morrill with the #SCTop10 web gem in T6. #GoPokes #okstate pic.twitter.com/cr6SkvQByo

Next up: Game 2 between the Cowboys and the Bears will get started at 6:35 p.m. Friday.