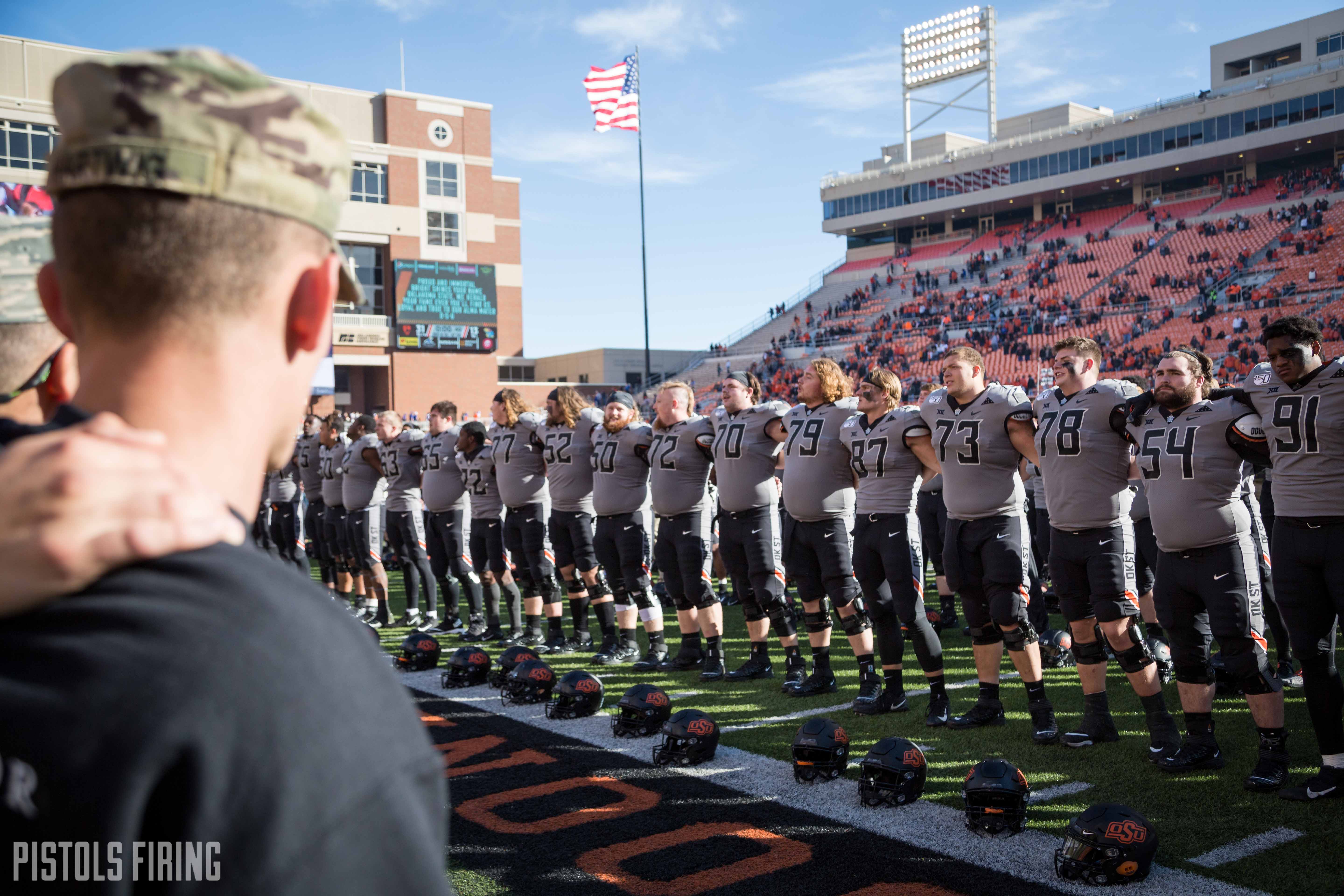 Oklahoma State’s 11th game of the year (how is it already Game 11?!) will be played on Saturday in Morgantown at 11 a.m. on ESPN2.

The Pokes open as 8-point favorites over the Mountaineers, which are coming off an impressive 24-20 win against Kansas State on Saturday.

Despite their 2-5 Big 12 record, WVU has been frisky at times. Its big problem is that it can’t score. The Mountaineers have exceeded 24 points in conference play just twice — 31 in a loss to Texas and 29 in a win over KU.

But nobody — not even KU — has been more anemic when it comes to scoring in conference games than these Mountaineers.

OSU is 4-2 against West Virginia since the latter entered the Big 12 and has lost just once — back in 2013 — to them in Morgantown. Additionally, the Pokes are 2-1 as road favorites so far this season and 35-9 in the Gundy era when they’re favored away from BPS.

It’s not likely, but this game could have Big 12 title implications. I laid out all the convoluted scenarios here, but the short of it is that OSU has to win out to have a puncher’s chance at getting to Arlington.

Then there is the matter of Chuba Hubbard. The top back in the country is 274 yards from the 32nd 2,000-yard season in college football history. He won’t get all of it in Morgantown (probably?), but he could set himself up to seal the deal against OU as OSU closes out the season the following weekend back in Stillwater.