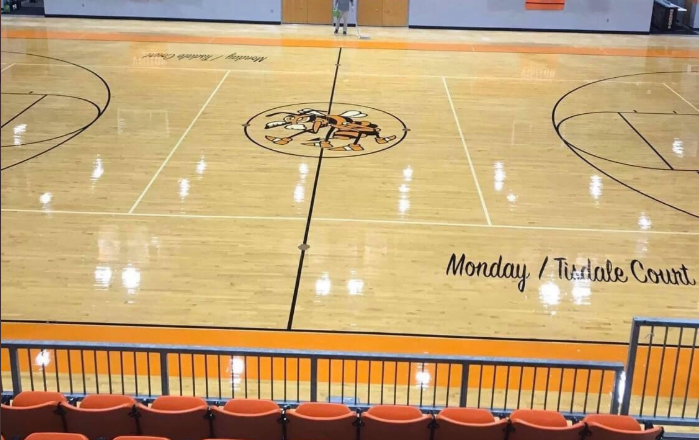 According to the Twitter account of Kenny Monday’s wife Sabrina, the basketball court at Booker T. Washington High School will now share the names of Monday and former OU basketball star Wayman Tisdsale.

Tulsa Public Schools approves the naming of the bball court at our alma mater,Booker T. Washington HS Kenny Monday/Wayman Tisdale Gold Medal Court,it looks awesome!Thanks to each of you who made this happen. Congrats @kenny_monday. We are forever grateful for your hard work! #💯 pic.twitter.com/L7gFKzOcuM

Monday was a four-time state champion at Booker T. Washington, then went on to wrestle for the Cowboys from 1981-1984. He was an NCAA champion in 1984 and became the first African American to win an Olympic Gold medal in wrestling in 1988. He won a silver at the 1992 Olympics and made the team again in 1996.

Monday now coaches at the Tar Heel Wrestling Club at the University of North Carolina in Chapel Hill where Coleman Scott is the head coach.