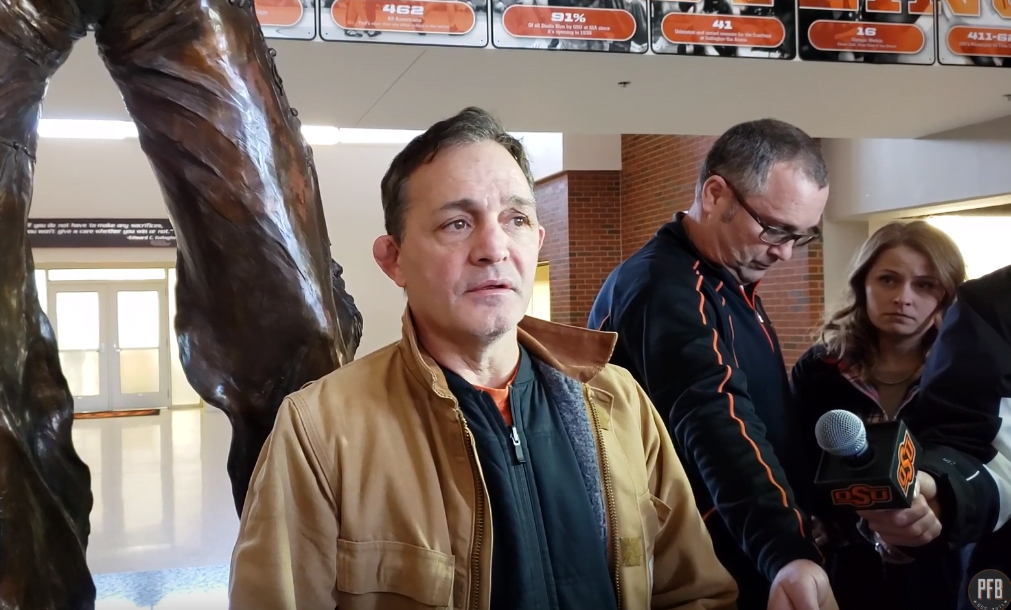 STILLWATER — Oklahoma State wrestling coach John Smith met with the media Tuesday, where the talk of the availability was Monday’s wrestle-off at 165 between Joe Smith and Chandler Rogers, which his son, Joe Smith, won.

“It is what it is,” Smith said. “When you look at the season as a whole, Chandler getting hurt the whole month of December, and didn’t come back out until second weekend of February. You just want to make sure they give him enough time to prepare himself to get ready. We all knew there was going to be a ranking match.

“If I go back, could I change anything? I’m not sure I could’ve,” added Smith. “We’re Oklahoma State; we want to win dual meets, and we need to put our best team out and be competitive, and we take pride in that.”

Dakota Geer and Jacobe Smith were also made available. The two talked their preparation heading into the Big 12 Championships. You can view the trio discussing all those topics in the videos below.