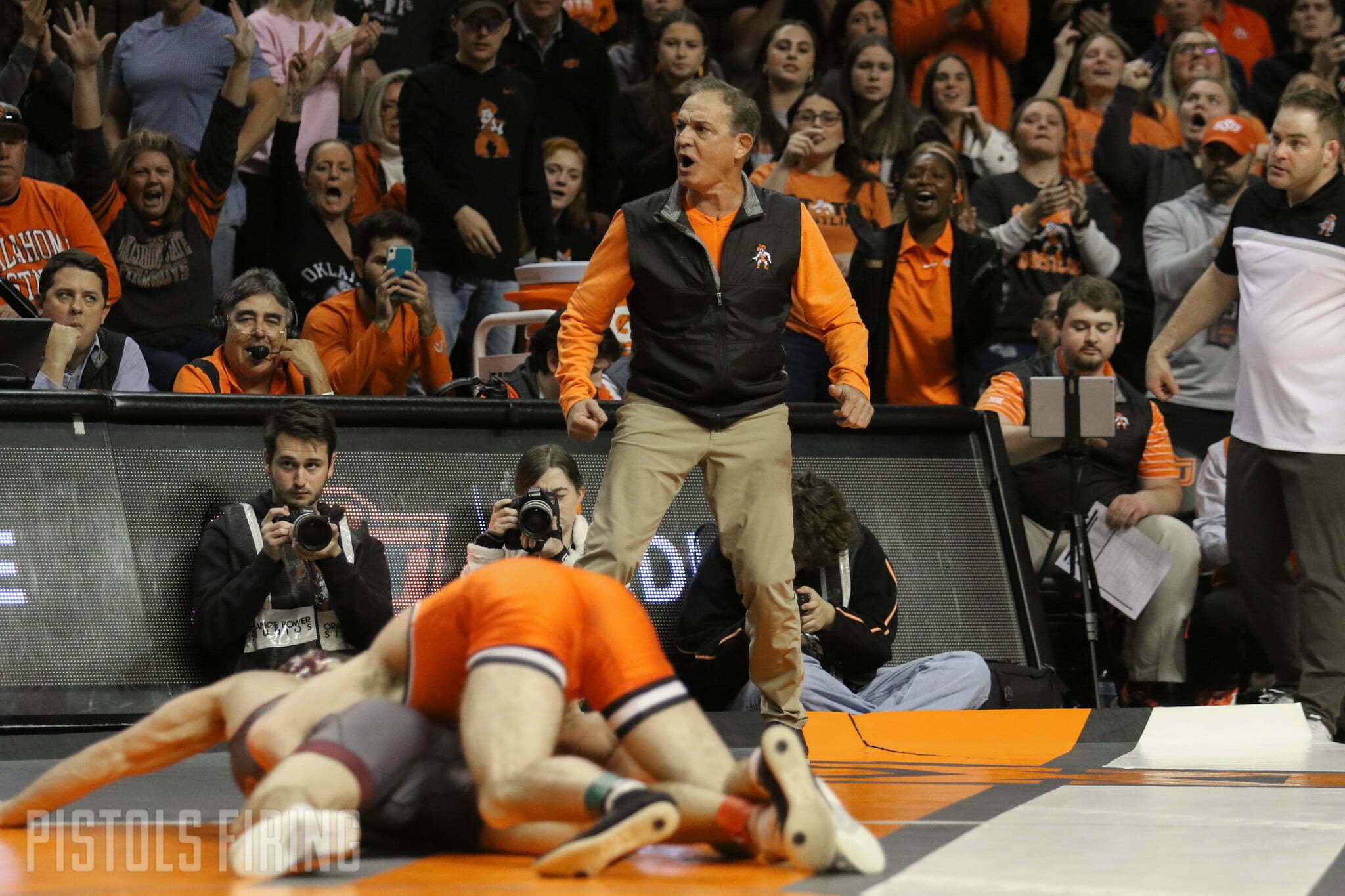 Oklahoma State had a strong showing vs. Northern Colorado on Friday night in Gallagher-Iba Arena. The Cowboys controlled the dual with the exception of 165, 125, and 141 and took home a comfortable 24-10 victory.

The dual opened at 149 with Victor Voinovich picking up a DEC over Chris Sandoval. The Cowboys then won every other match at the upper weights with the exception of 165 where Wyatt Sheets was upset by Baylor Fernandes 10-4. Kaden Gfeller won an exciting overtime comeback at 157 in sudden victory, Dustin Plott knocked off another ranked wrestler by majoring Andrew Berreyesa, and Konner Doucet got a third-period ride-out on Xavier Doolin at HWT to win 2-0.

The story of the night was the absence of Trevor Mastrogiovanni. Mastro has been a starter for the Cowboys at 125 pounds for the past three seasons but was out of the lineup and did not weigh in tonight. True freshman Zach Blankenship was dropped into the lineup and fell to Stevo Poulin 5-0 giving up 5:51 of riding time.

The two highest-ranked wrestlers in the dual were in the two final matches of the dual as Daton Fix picked up a comfortable 11-4 decision over Jace Koelzer and Andrew Alirez, ranked No. 1 at 141 pounds, beat Carter Young 12-4.

With the win, the Cowboys move to 6-1 on the season. They wrestle West Virginia on Sunday at 2 p.m in Gallagher Iba-Arena