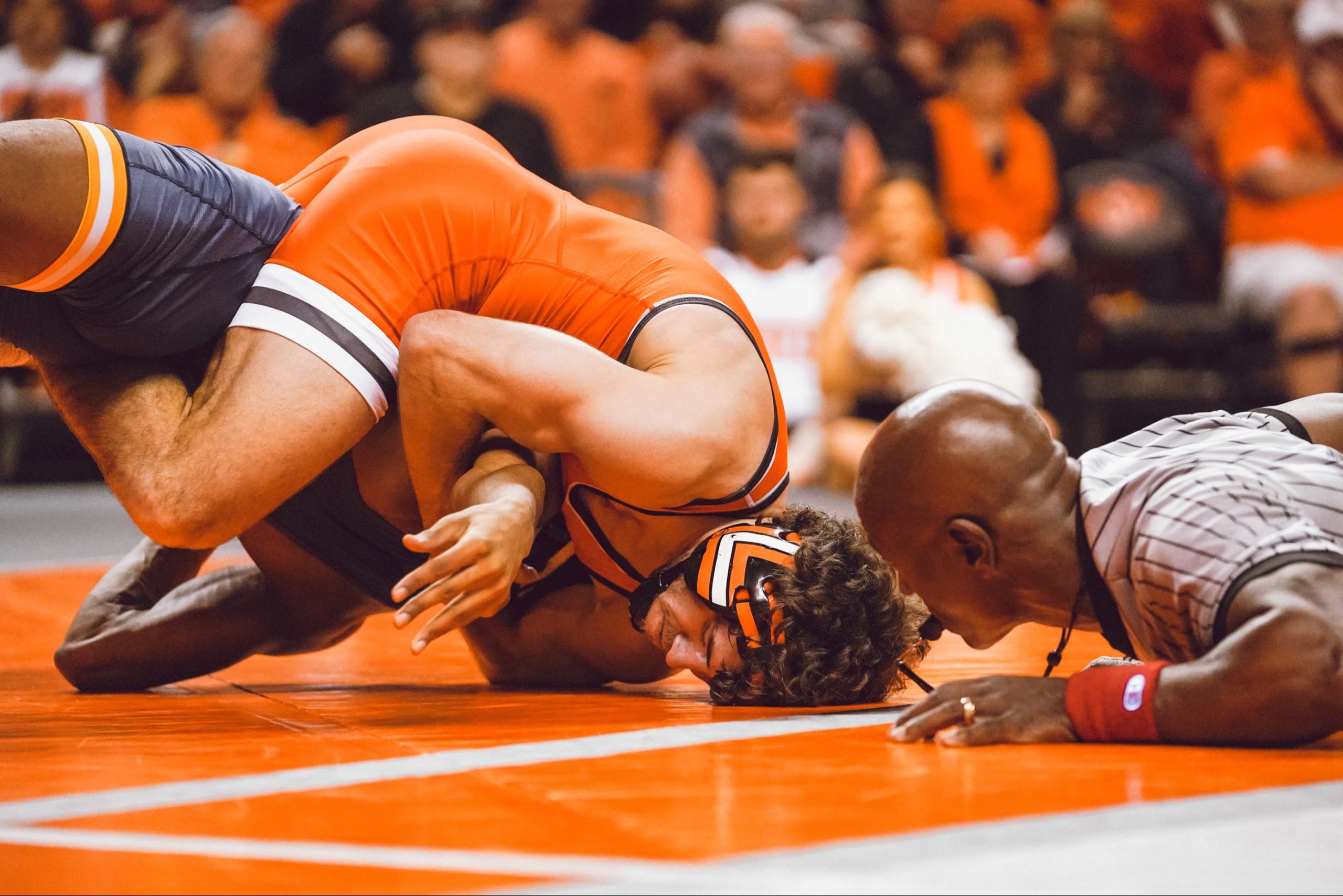 STILLWATER — The Cowboys were favored in all but one of Sunday’s matches, but Dustin Plott got the job done to secure a shutout for the Pokes.

It’s been a down season for the Dragons, but at 174 Drexel’s Mickey O’Malley (No. 12) was ranked higher than Plott (No. 16). O’Malley had also wrestled nine matches to Plott’s two entering their bout, but OSU’s sophomore found a way to stay unbeaten with a 6-3 decision.

After a scoreless first period, Plott scored four points in the second period, taking a 4-1 lead into the third. O’Malley escaped to start the final frame and tried a grandiose takedown attempt that came up flat, and Plott was able to secure two points off it, essentially securing his win.

“That’s a good win for him,” OSU coach John Smith said. “I thought he did a nice job when he got to the leg and finished. He’ll take a lot of things out of that match where he’ll see he can improve and maybe extend that score out a little bit more.”

Elsewhere on the card, the Cowboys picked up a pair of pins.

Daton Fix dominated Deon Pleasant before getting Pleasant to his back. Had Fix relented, the back points would’ve been enough for a technical fall, but Fix finished the job with a second-period fall.

Then at 149, Kaden Gfeller and Tyler Williams were in a bit of a scramble that ended with Williams in a compromising position, and Gfeller stuck him.

OSU’s reigning national champion AJ Ferrari also took care of business at 197 pounds. Ferrari had a 12-1 lead after the first period. Tino Morina held on for his life in the second period before Ferrari put him away with a takedown to secure a 17-2 technical fall.

The victory moves OSU to 3-0 on the year. The Cowboys travel to Norman on Dec. 12 for a dual against the Sooners.