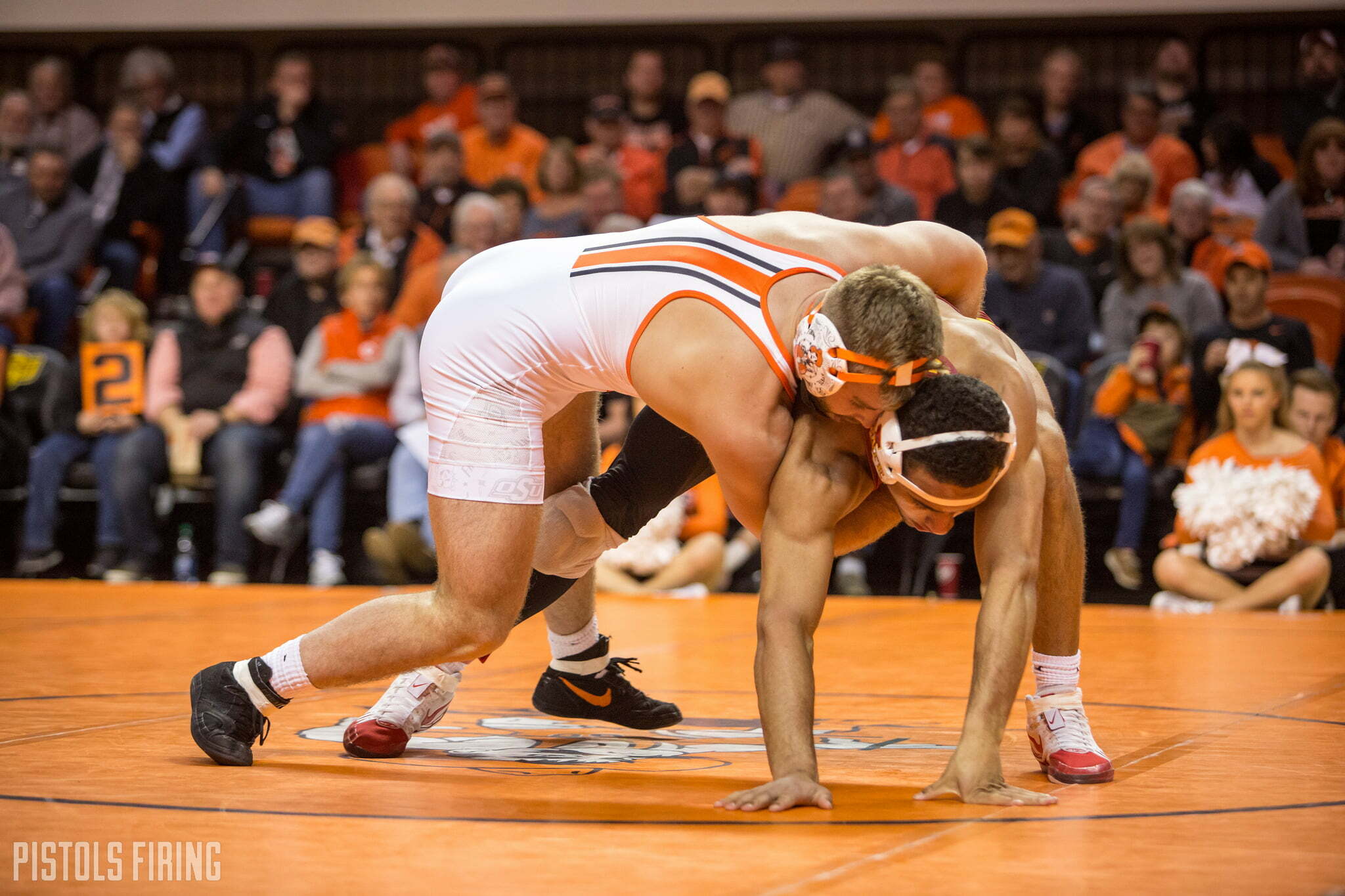 The recipe to win this dual meet, as I saw it for the Cowboys, was to win where they’re favored, limit bonus, and win some of the toss-ups. They didn’t give up much bonus, but little else went the Cowboys’ way.

Nick Piccininni started out with a decision over Max Thomsen in a match where most felt we would see bonus points. In their previous two meetings Nick won by tech fall and a major decision.

At 133 and 141, most saw those matchups as ones that could go either way. They went in UNI’s direction. At 133 Reece Witcraft fell to Jack Skudlarczyk 10-5 and at 141 Dusty Hone fell to Michael Blockhus 4-3.

One of the marquee match-ups of the night, 149, saw Boo Lewallen stay unbeaten taking out All-American Max Thomsen 5-2.

Most had 157 circled to go in the favor of the Cowboys. Wyatt Sheets had looked as good as we’ve ever seen him in his last few matches, but after giving up a few take-downs in the first period he was unable to fully recover and win the match. Sheets was in a spot late where a ride-out would’ve sent the match to overtime. Sheets cut Geerts and was unable to come back with a take-down to send it to OT. He fell 8-6.

At 165 Travis Wittlake came through with a big 14-5 major decision. Then came what is certain to be the most talked about match of the night, the return of Joe Smith. Smith came back in his first match since the Southern Scuffle against fifth-ranked Bryce Steiert. It was all Steiert in this one as he decked Smith 13-2.

At 184 Anthony Montalvo kept it close with fourth-ranked Taylor Lujan but ultimately fell 4-0. Dakota Geer came back with a dominant tech fall to move the team score to 16-15 with only heavyweight remaining.

Undersized heavyweight Austin Harris went out vs. UNI’s Carter Isley. He battled and had the match tied 1-1 in the third, but ultimately fell 5-2 and Northern Iowa took the dual 19-15.

The Cowboys have little time to hang their heads about this one. They face Iowa State in Ames tomorrow at 2 p.m.