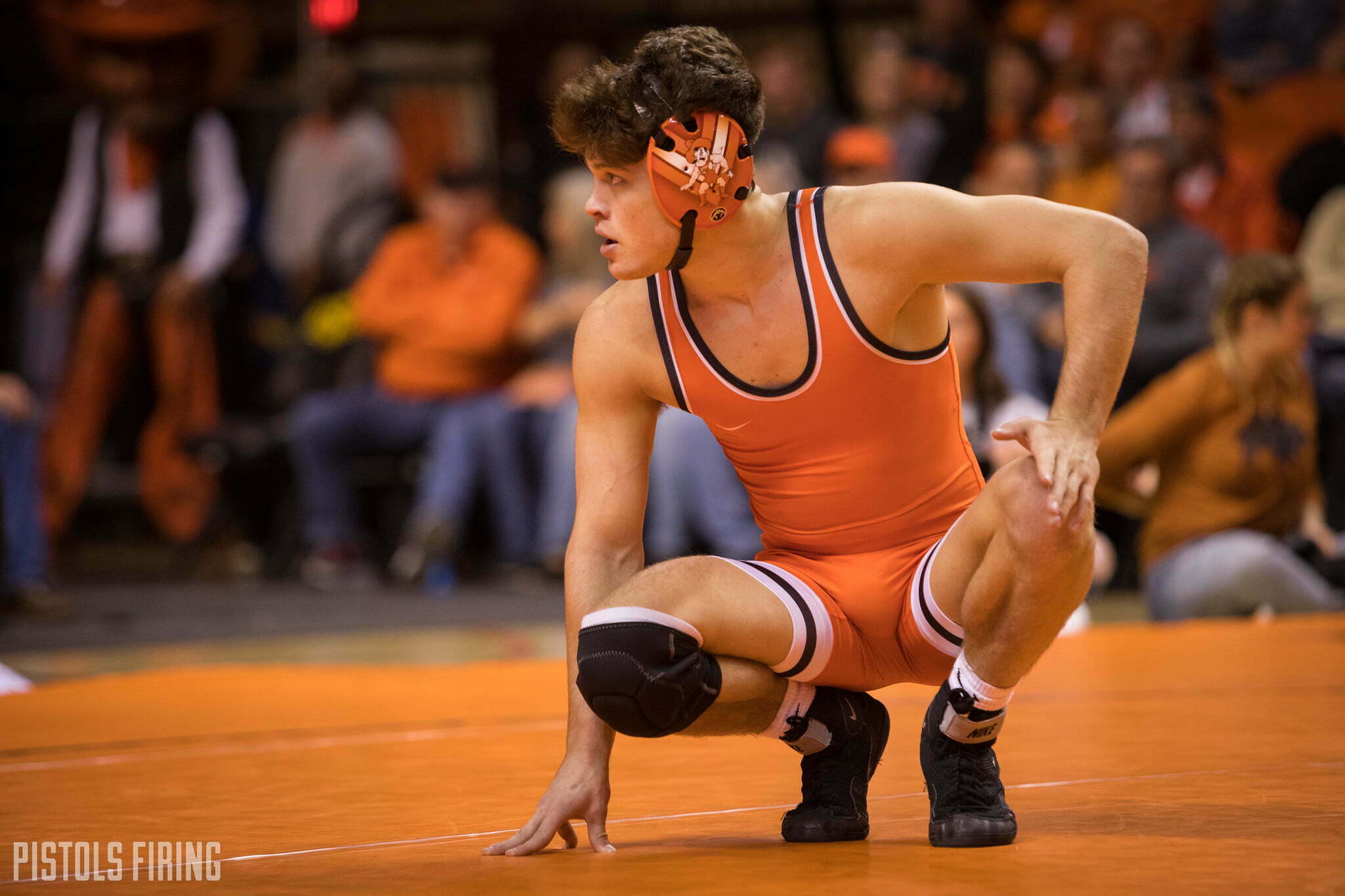 OSU had a really unique Saturday, wrestling back to back duals at Air Force and then Wyoming.

For the most part it went about as well as Oklahoma State fans could hope. Air Force, as a program, just isn’t quite in a position to be competitive with the Cowboys and it showed. OSU won nine bouts and picked up bonus point wins in all but two of those. The Cowboys’ only loss came at heavyweight where Cornelius Putnam fell 6-5 to Kayne Hutchison.

After a roughly three-and-a-half hour trip from Colorado Springs to Laramie, the Cowboys took on a much more competitive Wyoming squad. Wyoming boasts multiple ranked wrestlers and after a long day of travel this was expected to be a lot tighter than the dual with Air Force. The Cowboys came out of the gate with one of their top guys in Nick Piccininni at 125. As he typically does, he kicked OSU off with a solid decision over Jacob Svihel.

The match of the day for OSU was at 133. True freshman Reece Witcraft stepped out against All-American and eighth-ranked Montorie Bridges. The bout ended up as a low scoring one that went to sudden victory overtime with the match tied 1-1. In overtime Witcraft hit a low level shot on Bridges and secured a takedown and what is easily the biggest win of Witcraft’s career to this point.

From there OSU systematically worked through the rest of the lineup fairly comfortably winning each bout up to 184. At 184 Anthony Montalvo found himself tied late with Wyoming’s Tate Samuelson. Montalvo shot Samuelson off the mat as the two were wrestling out of bounds and Samuelson received a stall call. This was Samuelson’s second stall call of the dual and gave Montalvo a point and 2-1 victory. This was met with boos from the crowd and a fired up Mark Branch on the Wyoming bench. Montalvo remained the victor and Wyoming was deducted a team point.

The Cowboys dropped the last two matches of the bout as Dakota Geer fell to Stephen Buchanan and Austin Harris to Brian Andrews. Geer was on bottom and down by one point to Buchanan late but could not put together an escape and eventually was hit for stalling and fell 8-6. Austin Harris fell 15-0 to Brian Andrews, brother of former Cowboy heavyweight Blake Andrews.

OSU wrestles their final home dual of the season next Sunday vs. OU.