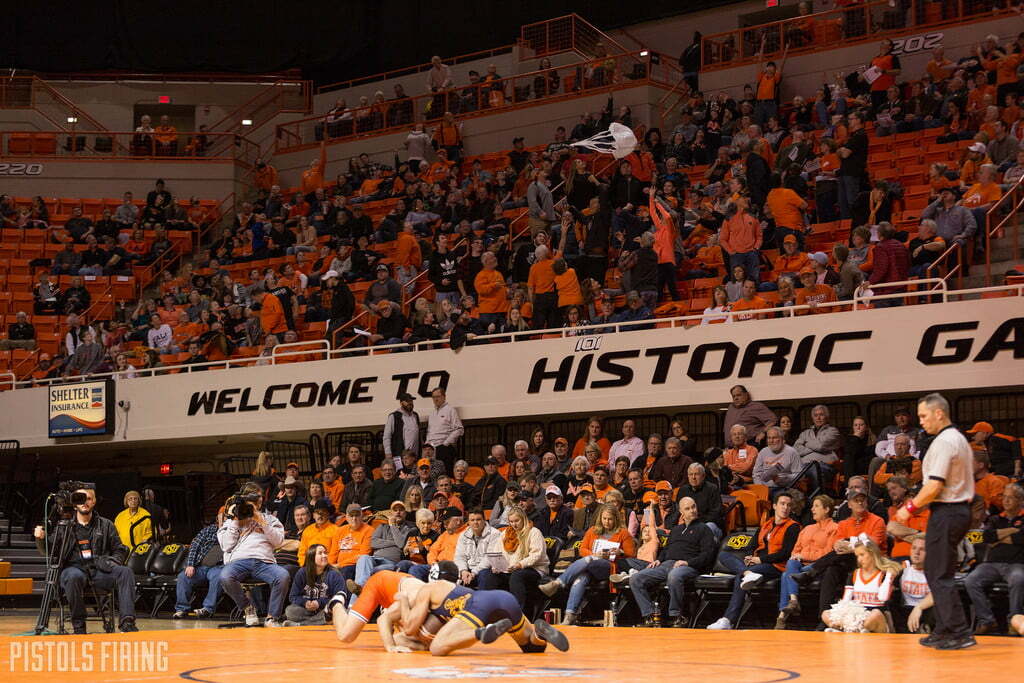 The first NWCA coaches poll was released on Tuesday and the Cowboys came in fourth behind Penn State, Iowa and Ohio State.

The Cowboys have eleven teams in the top 25 on their schedule this season. They wrestle at No. 11 Lehigh on November 16, then come back to Stillwater for a dual with No. 7 Minnesota in Gallagher-Iba on November 24. They follow that up with No. 15 Princeton befoer going to No. 21 Oklahoma.

After Christmas break OSU will see No. 14 Pittsburgh at home on January 18 then head to Iowa to wrestle No. 13 Northern Iowa on January 25 and follow that up with No. 12 Iowa State the next day.

There’s another top-10 matchup in Stillwater with Missouri on February 2 and a road trip to No. 22 Wyoming on February 8 followed by the final home dual against OU on February 16. The highest-ranked opponent on the Cowboys’ schedule is the last match of the season at No. 2-ranked Iowa.

In total OSU will face five top 25 teams at home and six on the road.