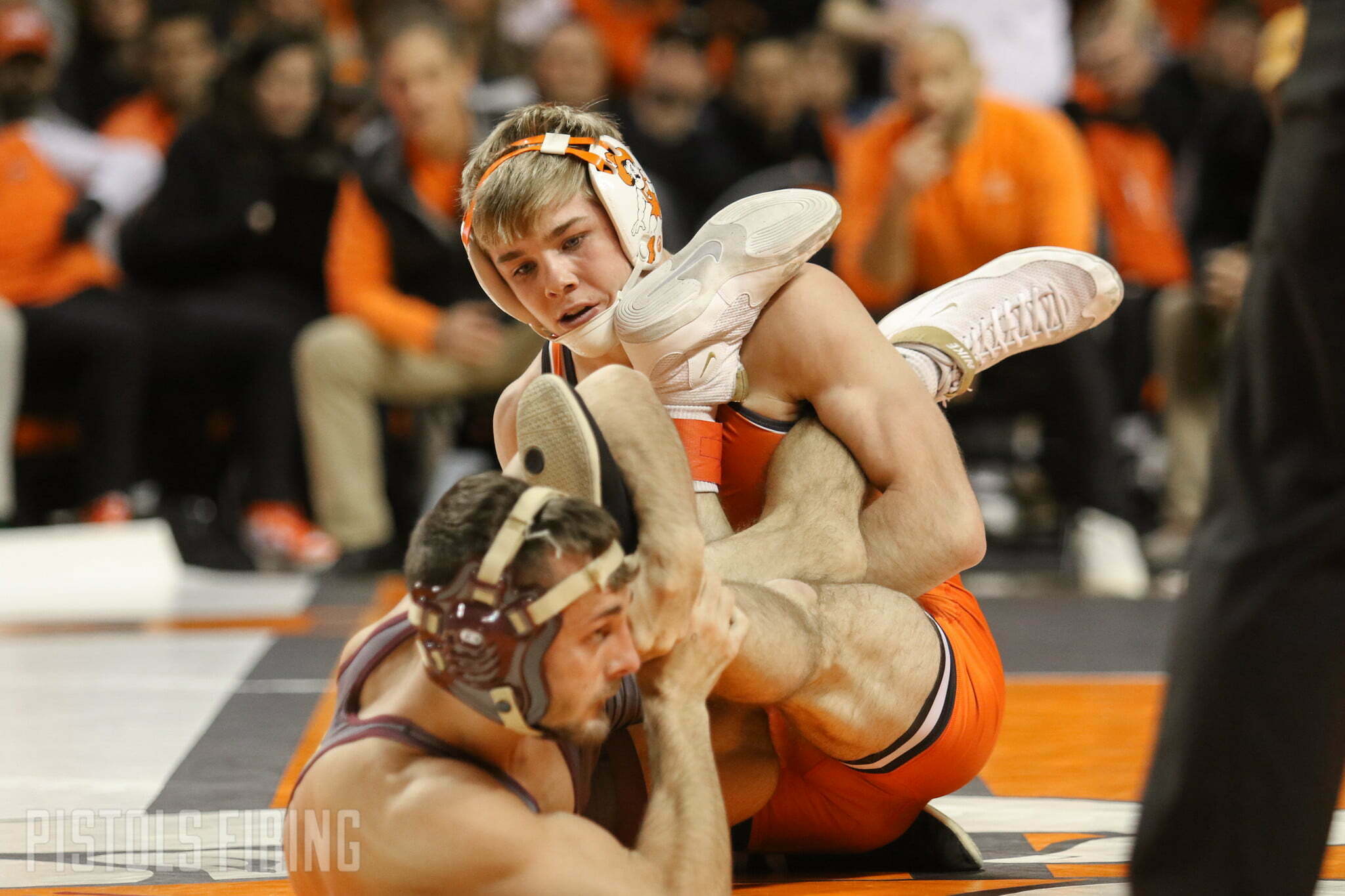 OSU went on the road this Sunday to wrestle Oregon State and former Cowboy Chris Pendleton. The Beavers were ready to go and gave Oklahoma State fits early, but the Cowboys stormed back for the team win.

The dual opened at 149 with a MAJ DEC for Victor Voinovich, which was followed up by a tight 10-9 win for Kaden Gfeller at 157. Then Oregon State rattled off four straight wins from 165-197. First, Wyatt Sheets lost in sudden victory at 165, then came one of the more surprising losses of the season for the Cowboys when Dustin Plott took his first loss of the season to Aaron Olmos.

At 184, Travis Wittlake lost his homecoming bout to Trey Munoz, son of former Cowboy Mark Munoz, then Luke Surber took a 14-9 loss to Tanner Harvey after an early lead leaving the Cowboys down 12-7 with four matches remaining.

Konner Doucet turned the tide back in the Cowboys’ direction. Doucet used an early takedown to get a 3-2 decision over J.J. Dixon. This was followed by a 3-2 decision for Trevor Mastrogiovanni over Brandon Kaylor to put the Cowboys back up 13-12. Daton Fix used a bonus point win to put OSU up by five and Carter Young closed things out with a pretty dominant 7-2 decision over Cleveland Belton.

It was a nice comeback for the Cowboys after a bit of an ugly start. Dustin Plott’s loss may sting. After his win at the Southern Scuffle, he seemed poised for a potentially undefeated regular season. How this will impact his seeding at the NCAA tournament is obviously unclear. But the wins for both Mastrogriovanni and Young were not only crucial to the dual but also significant on a national scale and for their postseason seedings.

The Cowboys will now travel to the opposite coast to face Columbia in New York next Sunday.