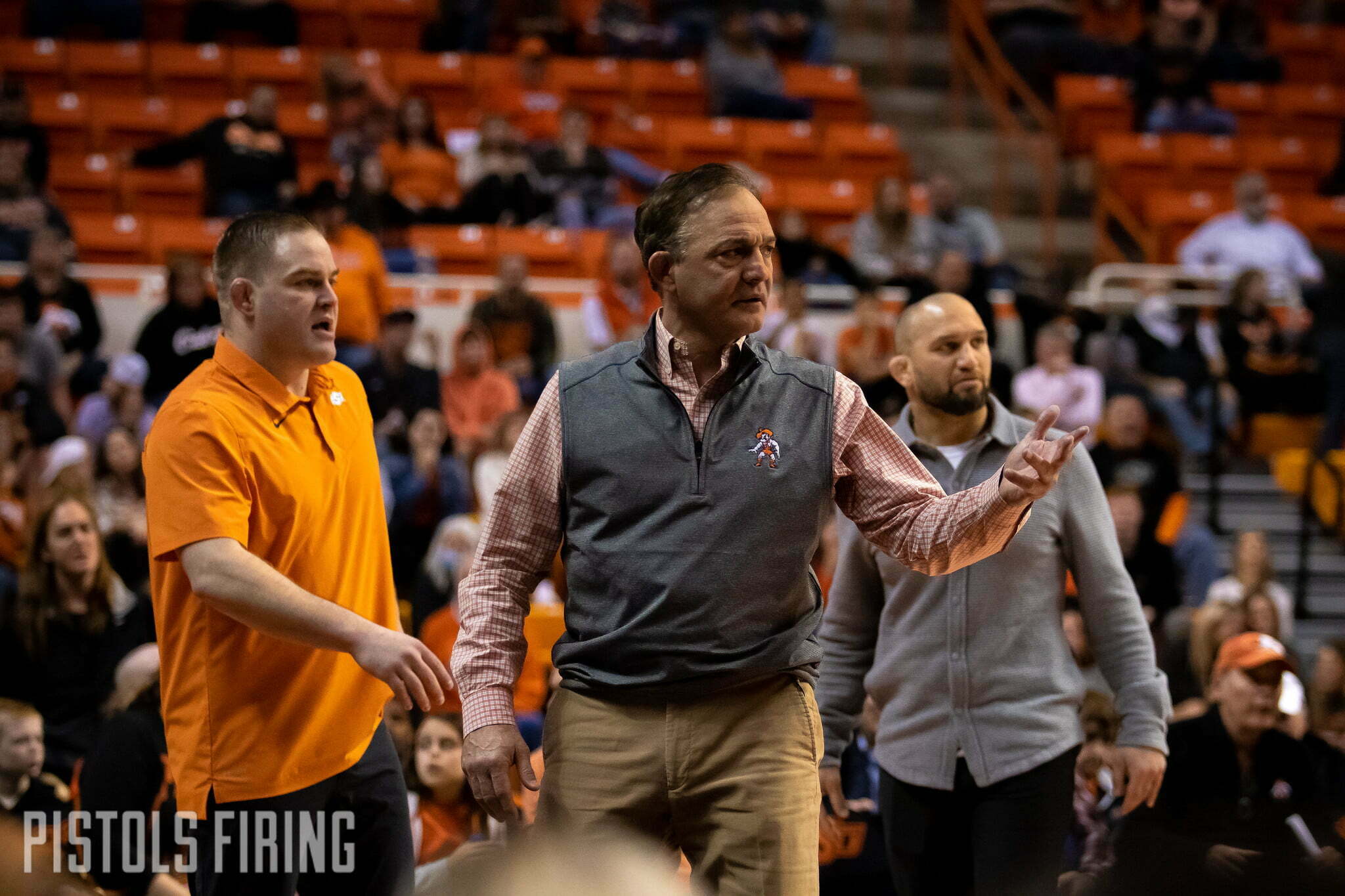 STILLWATER — Saturday night was supposed to be one of celebration for the Cowboys, but instead it became the first night Oklahoma State has lost a wrestling dual to an unranked opponent since 1993.

Oklahoma State lost to Northern Iowa 19-15 on Saturday in Gallagher-Iba Arena. This was the Cowboys’ first shot at getting to win No. 500 in GIA, but that celebration will have to wait. Northern Iowa entered the dual 3-5 on the season, becoming the first unranked team to beat OSU since Illinois beat the Pokes 22-17 on Feb. 21, 1993. OSU is now 499-43-6 in GIA.

The Cowboys jumped out to a 12-0 lead after four ranked vs. ranked wins at the lower weights. That spree’s highlight was the bout at 141 pounds between No. 21 Carter Young and No. 23 Cael Happel. Young scored three first-period takedowns, but the match went into the third period tied at 6. Young started the period with an escape before scoring a takedown that sent GIA into an uproar. With riding time, Young won the match 10-3.

But things started to go wrong for the Cowboys at 157. Wyatt Sheets’ 3-2 loss started a four-match losing streak for the Pokes. The last two of those losses came with bonus points when No. 21 Lance Runyon picked up a second-period fall over No. 8 Dustin Plott, Plott’s first loss of the season. Then came a battle of All-Americans at 184 where No. 4 Parker Keckeisen scored a 12-3 major decision over No. 9 Dakota Geer. After Geer’s loss, OSU’s 12-0 lead turned into a 16-12 lead for UNI.

“It’s a little surprising,” OSU coach John Smith said. “Seemed like we didn’t have any punching power, just somebody that needed to step out and turn some things around. We lost at 57, 65, 74 and 84. Little disappointing, just the fact that somebody didn’t come out of there showing us how to win. Bad loss.”

Gavin Stika filled in for AJ Ferrari, who was injured in a car crash earlier in the week, and Stika almost played hero. He picked up a 4-1 win over John Gunderson to cut Northern Iowa’s lead to 16-15 going into the heavyweight match. Stika’s second period takedown was the loudest GIA got all night.

“We need a quick turnaround,” Smith said. “We need to wrestle. It was a poor effort on our part. Even some of the matches we did win, felt like it wasn’t enough for sure.”