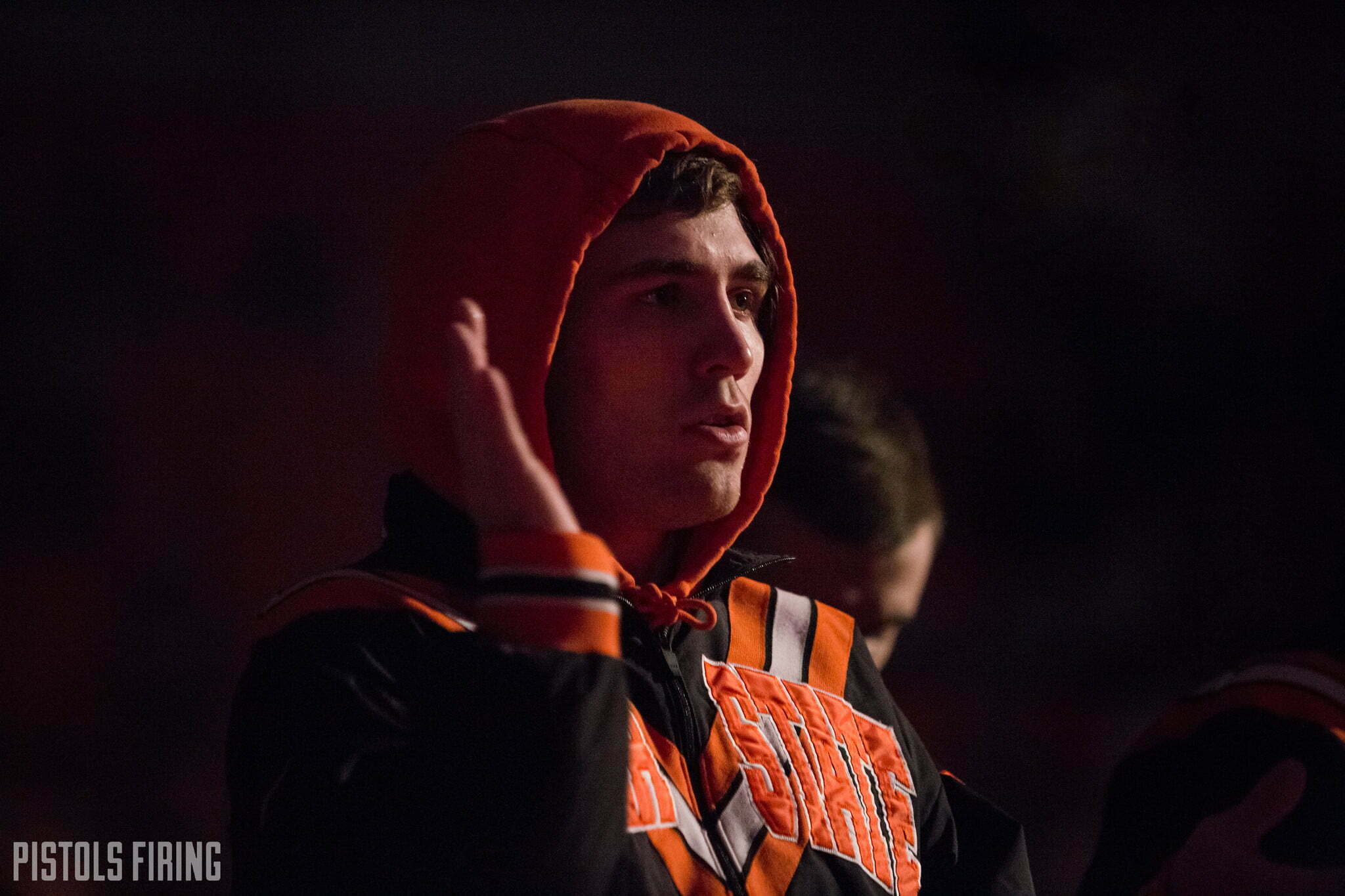 A big group of Cowboys entered the senior level US Open and two came out on top.

With no wrestler in the Final X spot at 57 KG, Daton Fix was vying to claim that position. He rolled to the quarterfinals before seeing much resistance. There he met up with Vitali Arujau who went upper body with Fix, That strategy usually isn’t advisable vs. Fix, but Arujau managed to hit a throw for four then get a takedown putting him up big early. Fix stormed back and ended up finishing the match with a comfortable tech fall. In the semifinals Fix wrestled NCAA champion Darian Cruz. The score ended up a tight 2-0 win for Fix, but he was controlled most positions in the match and never seemed in much danger.

Fix wrestled a great match against Gilman. Great defense, great offensive attacks, even some funk with this roll here to get a few points.

He looked good all the way around. After Fix went up 4-1 with that roll, Gilman scored a takedown which the OSU corner challenged. Based on the video we were able to see it didn’t look like Gilman should’ve got the two. Ultimately, OSU lost the challenge which put Gilman up on criteria at 4-4. I think most OSU fans had a bit of a flashback to the NCAA final, wondering if another review would decide a Daton Fix match.

Fix didn’t let it come to that. He scored this takedown with about twenty seconds left to go up 6-4 and picked up another as time expired to win 8-4.

Daton Fix gets his first win over Thomas Gilman and punches his ticket to Final X – Lincoln. pic.twitter.com/mtCWyUSkKS

This is big for Fix. He now sits at Final X in Lincoln, Nebraska on June 15. Final X is a best of three series to decide the World Team member. He will await the winner of the World Team Trials Tournament to decide who his challenger is.

Alex Dieringer came in as a heavy favorite to win the tournament at 79 KG and performed up to the expectation. Alex was about as dominant as anyone could possibly be here. He tech’d every person he wrestled and did not have one point scored on him throughout the tournament. His five matches lasted a total of 4:13 seconds and he outscored his opponents 53-0. There’s no other way to put it than dominant. He wasn’t challenged in any facet.

Kyle Dake has already locked the Final X spot at this weight, so Dieringer moves to the World Team Trials Tournament final in Raleigh, North Carolina May 16-19.

Derek White finished fourth at 125 KG. By placing fourth he also qualified for the World Team Trials in Raleigh next month.

Former Cowboy Jordan Oliver dropped his semifinal match at 65 KG to Yianni Diakomihalis. After falling in the semifinals Oliver injury defaulted out of the tournament to finish sixth. He’s also qualified for the World Team Trials Tournament next month.