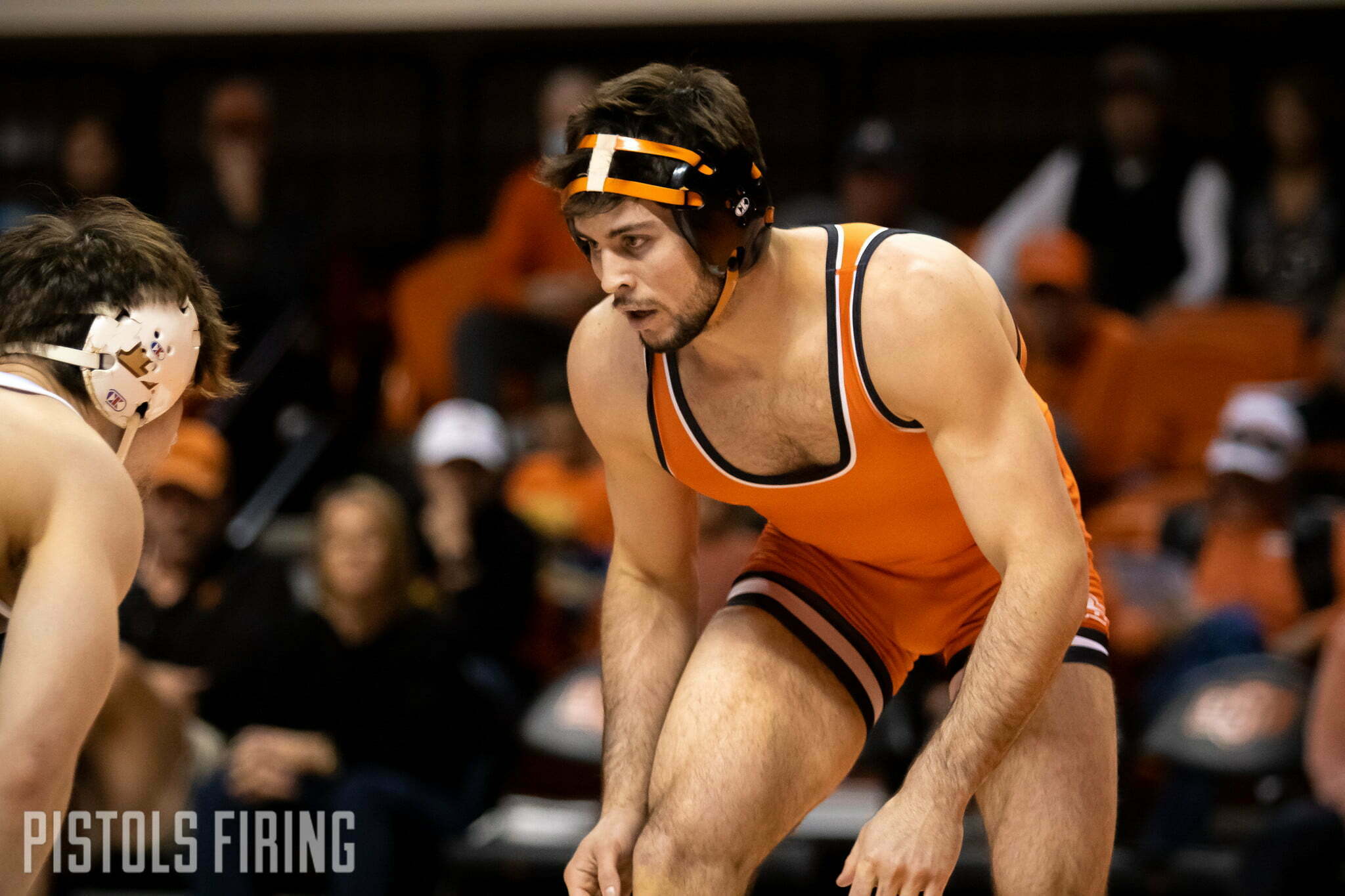 STILLWATER — In a battle of Cowboys, the Oklahoma State Cowboys rode the Wyoming Cowboys halfway back to Laramie.

Oklahoma State beat Wyoming 34-3 on Friday night in Gallagher-Iba Arena. Aside two falls, all of OSU’s wins included a riding time point, and even the falls had more than a minute of riding time before the Wyoming wrestlers’ shoulders touched the mat.

“I think when you see a lot of riding time like that, they’re focused on winning, and I’m OK with that for now,” OSU coach John Smith said. “We had some matches that I thought we’d get major decisions that we didn’t.”

Daton Fix and Luke Surber each picked up pins, and both came in the first period. Fix built a quick 8-1 lead before ending the show. Surber just needed one takedown before finding a way to put Tyce Raddon (who wrestled up a weight) on his back.

Dustin Plott was the only other wrestler to pick up bonus points, playing catch-and-release with Brett McIntosh. Plott scored seven takedowns on McIntosh en route to a 16-6 major decision.

At 125, Trevor Mastrogiovanni picked up an impressive win over U20 World Champion Jore Volk. After a scoreless first period, Mastrogiovanni escaped to start the second. Then he rode the entire third.

OSU’s only loss of the night came at 141 when Carter Young fell to Job Greenwood 4-3. Young was pushing hard for a late takedown as home fans cried out for a stalling call, but it wasn’t to be. Young is now 1-2 on the season.

“I thought Carter Young actually wrestled a pretty good match,” Smith said. “… Carter was a lot better this week than his loss last week. I can live with it. I thought he was aggressive. I thought he was trying to find ways to put points up, but it just wasn’t enough.”

The Cowboys have a bit of a break in their schedule before returning to action against Minnesota on Dec. 4 in Gallagher-Iba Arena.