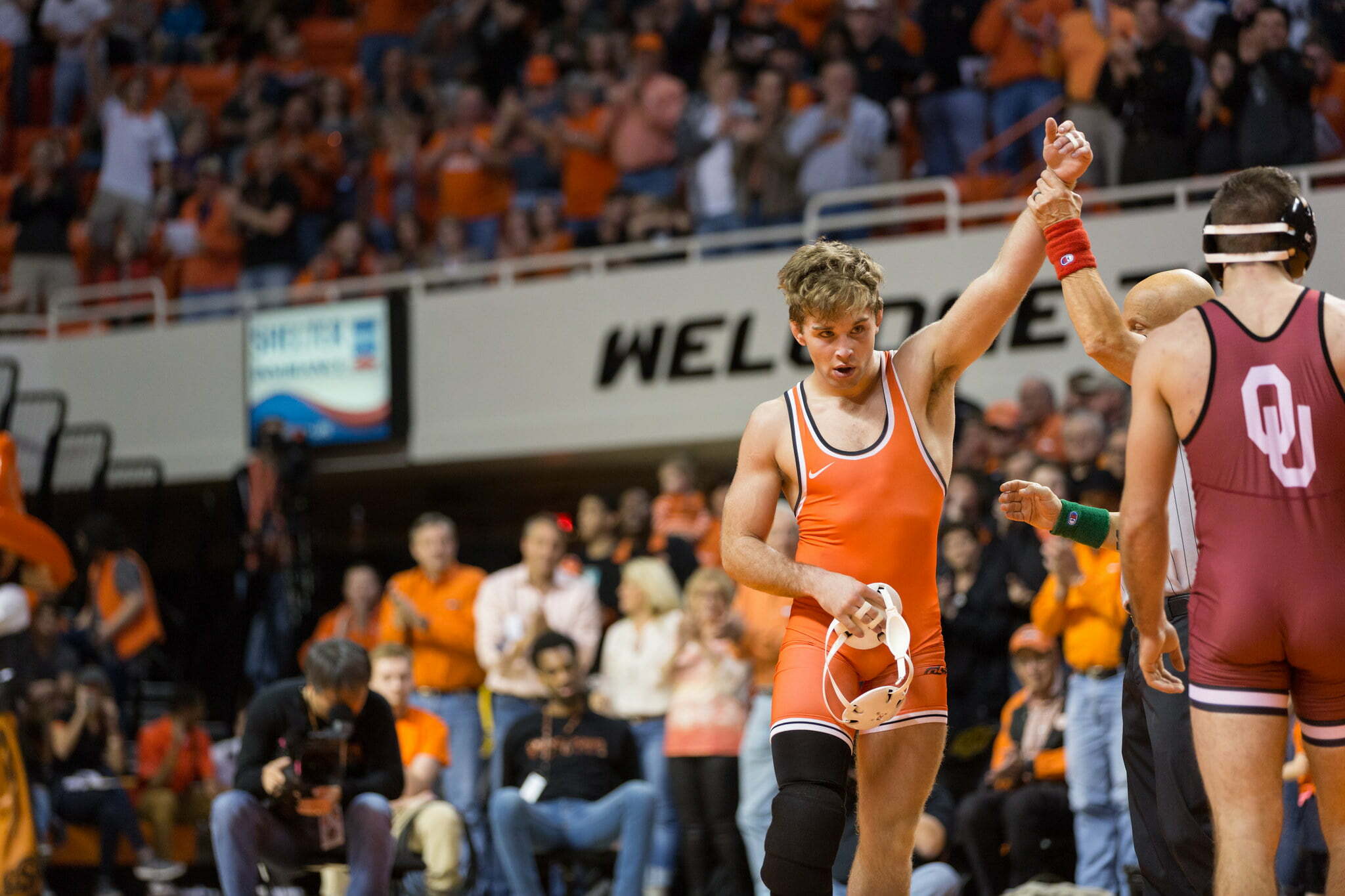 Oklahoma State wrestles in their first major wrestling tournament this season on Thursday in Reno. The field isn’t as loaded as it typically is, but here are five things to watch for the tournament when it kicks off at 11 a.m. CST.

Sounds somewhat generic, naturally you’re going to watch wrestling at a wrestling tournament right? OSU sent their two deep along with some redshirts, around 25 guys John said the other day! That’s a lot of wrestlers. If you are listening on the radio or streaming on Flo any time today, there is a really good chance there will be an Oklahoma State wrestler on the mat. You’ll rarely be without an OSU connection to follow.

Probably the question I’m asked most from fans: “Where is Joe Smith?” My answer to that has ultimately been that I really don’t know. He was registered for the Bob Smith Open a few weeks ago then suddenly was dropped and did not wrestle. He will be here though at 174. Interestingly he’ll be in the same bracket as teammates Jacobe Smith, Travis Wittlake, and Christian Bahl. Joe Will be the two seed opposite Jacobe as the 1 seed. Could be a really intriguing final between those two that has future lineup implications for the Cowboys.

Freshmen Travis Wittlake, Anthony Montalvo and Colt Denney have been on fire in their early open tournaments. Only one loss between the three and a total of eight tournament titles! Reno is not as tough a tournament as it usually is this year, but it’s a definite step up in competition for all three of them. It will be really interesting to see how they handle that. Montalvo is the three seed at 184 and Wittlake the five seed at 174.

OSU makes up a large part of the field here. They are going to dominate the tournament as a whole, but there should be some really intriguing matchups between guys on the team. Seeds have been released, but brackets have not.

Just a few first-time matchups we could see this weekend based on the seeds:

If you are following the college guys or are out in Reno to watch, there will be one signee wrestling in the high school tournament starting Friday. Colt Newton and the Choctaw wrestling team will be wrestling at Reno. Colt is coming off an injury, so may be a little hobbled, but is in a bracket at 132 pounds where he could make some noise on a national stage. He definitely has a shot to make the podium here.