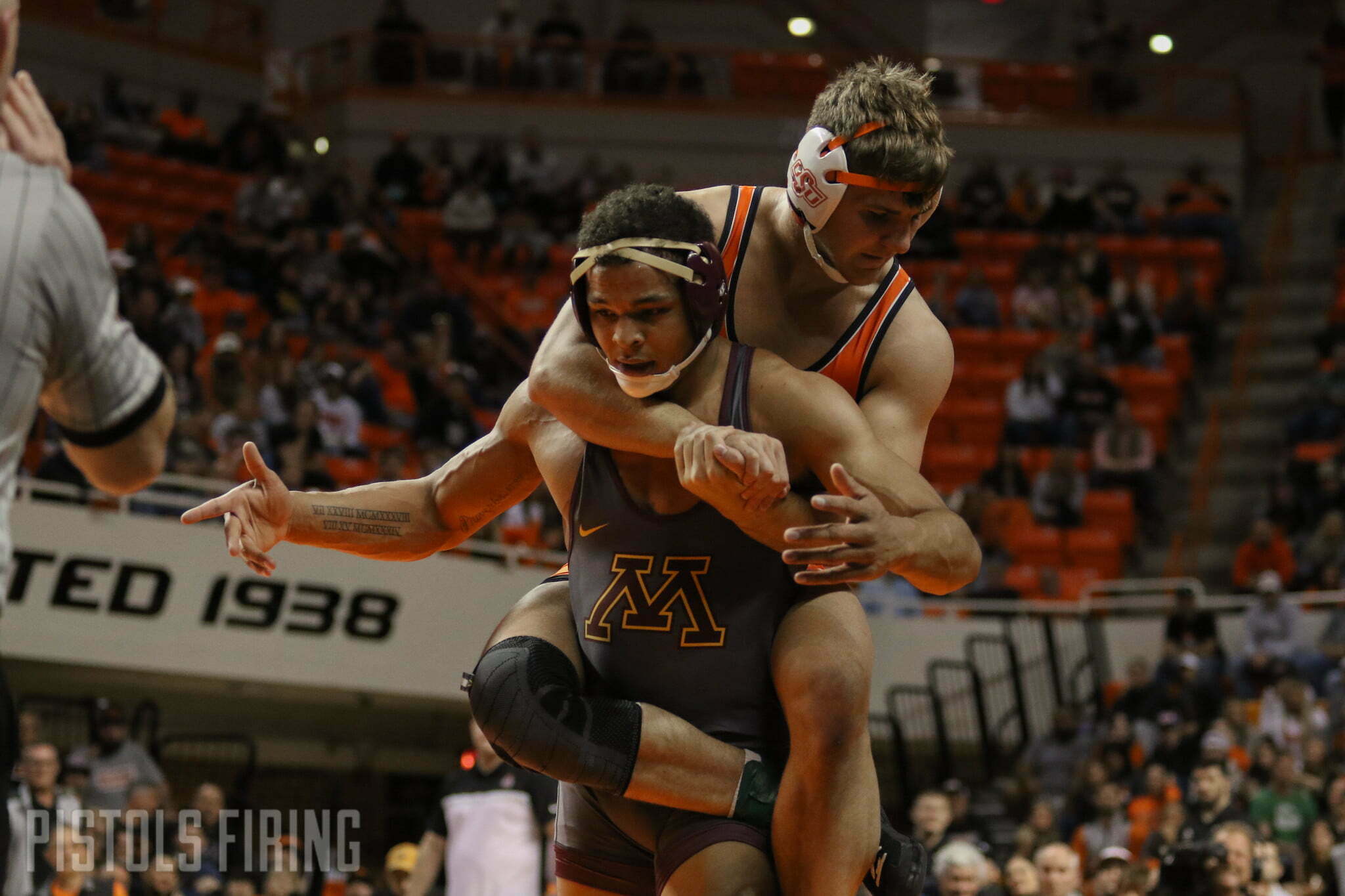 There’s a big tournament coming up January 1-2 for the Cowboys as they’ll wrestle in the Southern Scuffle in Chattanooga, Tennessee. With the weirdly evolving lineup of teams slated to compete, I thought I’d take a broader look at what the Cowboys are facing and five things to watch in the tournament.

There are a few Big 12 teams here, but the biggest name sending the most complete roster is last year’s Big 12 Champs, Missouri. Missouri was my preseason pick to win the conference again this year, so this will be a good litmus test for whether the Cowboys can contend for a Big 12 title this season. If they can win here, it doesn’t make them the favorite, but would certainly be a positive sign. Iowa State has emerged as a potential new favorite in the conference team race but, due to some injuries, the Cyclones are not expected to have a full roster competing here.

Beyond that, there is North Dakota State and Northern Colorado. Matchups with any of these Big 12 teams could shape seeding for the conference tournament in a few months especially with NDSU, as OSU will not dual them this season.

2. How will the Minnesota rematches go?

The Cowboys took it on the chin in their dual with Minnesota earlier in the season on December 4. Weirdly, they won a few matches they weren’t favored in and lost a few that they were. Here they’ll have an opportunity to avenge some of those losses but also need to win the ones they won the first time to help their seeds at the NCAA tournament. Thinking toward the postseason and NCAA tournament seeding, it’s big for OSU to get some of the matches from the dual back here.

OSU is sending a lot of guys to this. Three at some individual weights. In some areas, you’ll have an opportunity to see young guys like Jordan Williams for the first time at a big-name tournament against Division-I starters. In others, you’ll get to see guys that are trying to contend for starting spots, and it’s always interesting to see these shake out.

4. Can OSU get out from bottom?

This seems to be a prevailing area of struggle with OSU to this point in the season. A lot of guys just aren’t able to get off bottom. Fans are going to want things to start clicking from that position. If not, it could be a long season for some guys.

It’s obviously fun to see guys like Dustin Plott and Daton Fix dominate a tournament, but I don’t see much resistance for them outside of Plott’s final. They should win relatively comfortably. Pretty much every other weight is a big opportunity for the Cowboys. If Luke Surber or Carter Young or Victor Voinovich take off and win here, this will be a significant notch in their belt for their young careers, and will also have some big implications for their NCAA qualification chances and seeding prospects.

The tournament takes place January 1-2 and can be streamed on FloWrestling.