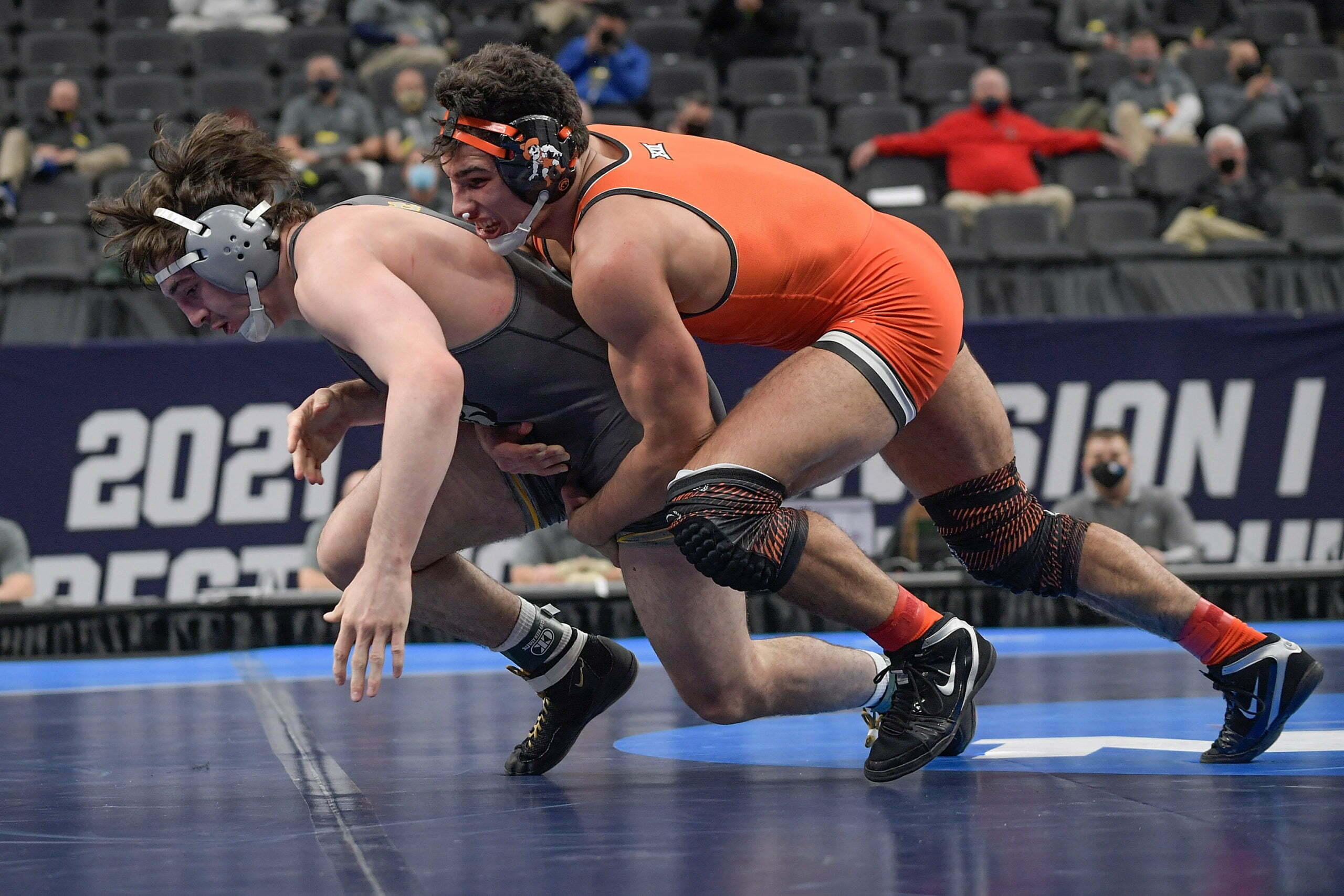 Oklahoma State wrestled at Little Rock on Saturday night and rolled to a 35-6 win over the Trojans and their head coach, former Cowboy wrestler Neil Erisman. Instead of a full match-by-match recap I thought I’d just give my thoughts on it. Let’s go!

1. Covid is going to make this season interesting.

COVID has tragically wreaked havoc on the entire world these past couple of years, and the last few weeks it’s canceled wrestling nearly everywhere. It didn’t quite shut this one down, though John Smith warned that it might earlier this week, but it did force the Cowboys to adjust their lineup and insert new wrestlers at 157 and 174. Joey Sanchez (149) and Jalin Harper (174) both got starts for the Cowboys. It’s going to be interesting to see if others get canceled as we move through the rest of the season.

A utility infielder in baseball plays all the positions on the infield. Jalin Harper seems to be the guy that’s stepped in to do that in the middle of the Oklahoma State lineup when anyone is out with injury. He’s wrestled as low as 149 before and was up at 174 for this dual. Even at this high college level, and especially with COVID, you kinda need that guy because you don’t always have a backup at every weight.

3. They have to get better duals on the schedule

AJ Ferrari picked up a first-period fall over Brooks Sacharczyk on Saturday night. Believe it or not, this was the first pin of AJ Ferrari’s college career. He seems to have found a bit of a bonus point groove this season, only having three matches where he won by decision (two of those against All-Americans). That’s a positive sign if you’re an Oklahoma State fan.

5. Columbia and WVU up next

The Cowboys will travel to WVU and wrestle two duals with Columbia and WVU on Sunday. Another pair of duals that OSU will be very heavily favored in, but there are some intriguing matchups at 125 and HWT that could be fun. Columbia is the first dual and starts at noon on ESPN+.