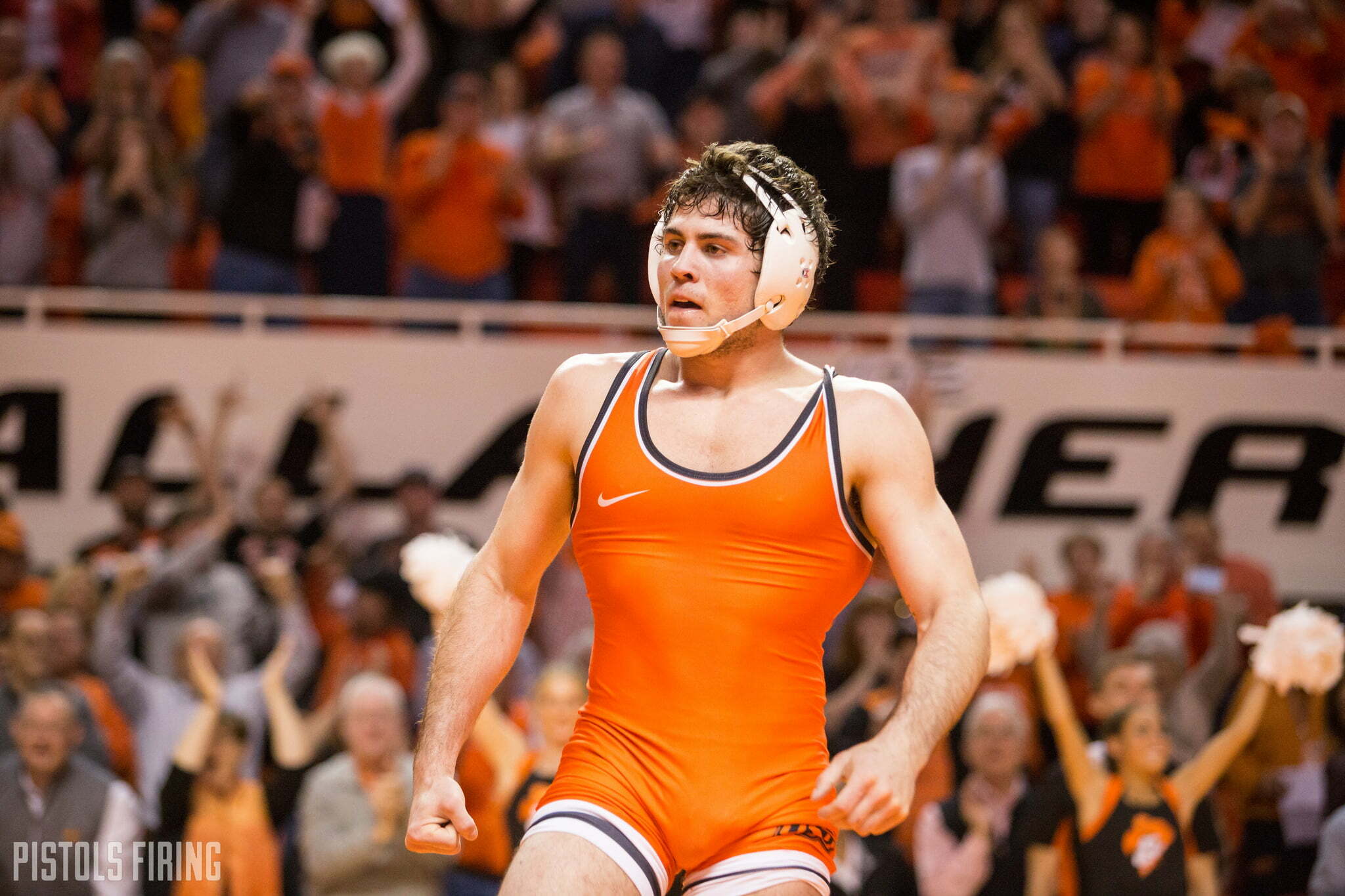 A group of current Cowboys and one of OSU’s top recruits for 2020 are scheduled to compete in Akron this weekend at the U23 and Cadet World Team Trials. Here are five participants I’m excited to watch for in this tournament.

One of OSU’s top recruits in the 2018 recruiting class, Montalvo arguably had as good a redshirt year as anyone on the team this season. He was the only OSU redshirt to medal at the Reno tournament and picked up a litany of bonus points in a few early season tournaments.

Montalvo could be a factor in the starting lineup this year. With the graduation of Jacobe Smith and Preston Weigel there are a lot of different ways things could shuffle out in the upper weights and it’s very likely that Montalvo will make an impact. He’s never been a big freestyle guy, though. He was a multi-sport athlete in high school that just didn’t do a lot of summer wrestling. It will interesting to see what he does here. Expect Montalvo to play a pretty significant role in the lineup going forward regardless of what we see this weekend.

Sheets has had a bit of a wild career since he got to college. He dealt with a lot of injuries early on and this season came into a three-way race for the starting job at 157. Sheets made clear improvements throughout the season and ultimately emerged as the postseason starter. He fell short of qualifying for the NCAA’s and finished 4th at the Big 12 tournament. At the Senior World Team trials he had a good tournament and posted a few pretty big wins. He got a year back due to his injury and will just be a sophomore next season, so he’s a guy you definitely want to see continue his upward trajectory.

With the graduation of Derek White, Cornelius Putnam is the only true heavyweight on the current roster. Austin Harris is a definite bulk job prospect and another that we could see at 285 next season. Transfers are in play, but there is some very real uncertainty on whether or not they’ll be eligible next season. Ultimately you really want to see Putnam wrestle well here as he has a very good shot to be the heavyweight starter next season.

Burks is a member of that monster recruiting class the Cowboys have on the way in for 2020. He was a Fargo champ and a Greco World Team member last season. He’ll be vying for a spot on the freestyle team here. This is a very tough weight. He and three to four other wrestlers, including PSU commit Robbie Howard, are thought to be the top contenders. Even though he’s not in the room yet, I’m really intrigued to see how he does here.

I really think Chandler is a guy who can do some significant things at the next level in Greco. He just has that funky style and ability to throw that seems to be successful in it. He looked good at the US Open finishing third after an early loss. The World Team Trials wasn’t as promising, but he finished third here last year at 77 KG and his stoutest competition looks to be the runner-up from last year Andrew Berreyesa.

The tournament starts Friday at 9 a.m. and can be streamed on FloWrestling