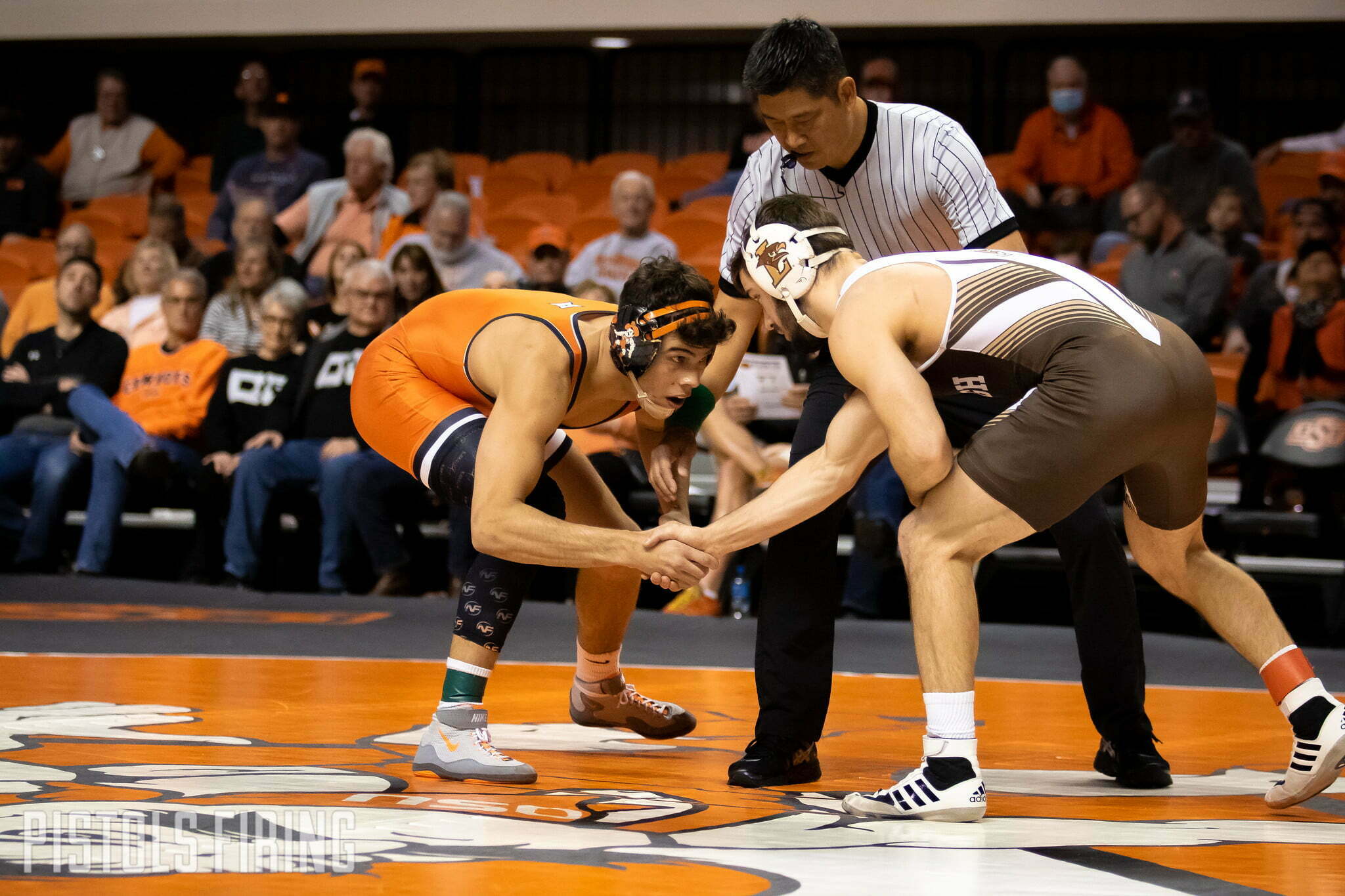 At 149, Victor Voinovich faced off with true freshman Jordan Williams. Voinovich picked up a takedown to get an early edge in the match but gave up two reversals keeping things tight and leaving Williams in the match. A late shot and scramble gave Voinovich a 7-5 win and a likely starting spot at 149.

At 165 there was a mini-tournament featuring Jalin Harper, Chance McLane, Travis Mastrogiovanni and Brett Black. In the first matches, Harper beat Black 10-0, and McLane beat Mastrogiovanni 3-1 with an early takedown being the difference. In the final matchup of this group, Harper knocked off McLane 4-0 with a second-period rideout and an escape and takedown in the third.

At 184, Travis Wittlake won two tough tests against Kyle Haas and Gavin Stika, who started at 197 for most of last season following the injury to AJ Ferrari.

In the first match, Haas got the first takedown and had racked up a solid amount of riding time to go into the third period tied at 2 and the position choice. Haas took injury time at this point which gave the position choice back to Wittlake. Wittlake got an escape then the riding time for Haas made it 3-3 and sent the match to OT, where Wittlake got a takedown on the edge to win. In the second match between Stika and Wittlake, Wittlake got an early takedown and turn to go up 4-0. Stika got an escape, then Wittlake got one of his own in the second and the match went into the third with Wittlake up 5-1. An escape and takedown for Stika made it 5-4. Stika cut Wittlake making it 6-4 and was unable to score another takedown in the final seconds to send it to overtime.

At 141, Carter Young and Dusty Hone both won matches, as did Wyatt Sheets and Luke Mechler at 157. No official word on whether or not we’ll see later wrestle-offs between these two but one would assume their may be some in the room later.

Matches were going on two mats, and I was only able to get the scores from matches on Mat 1.