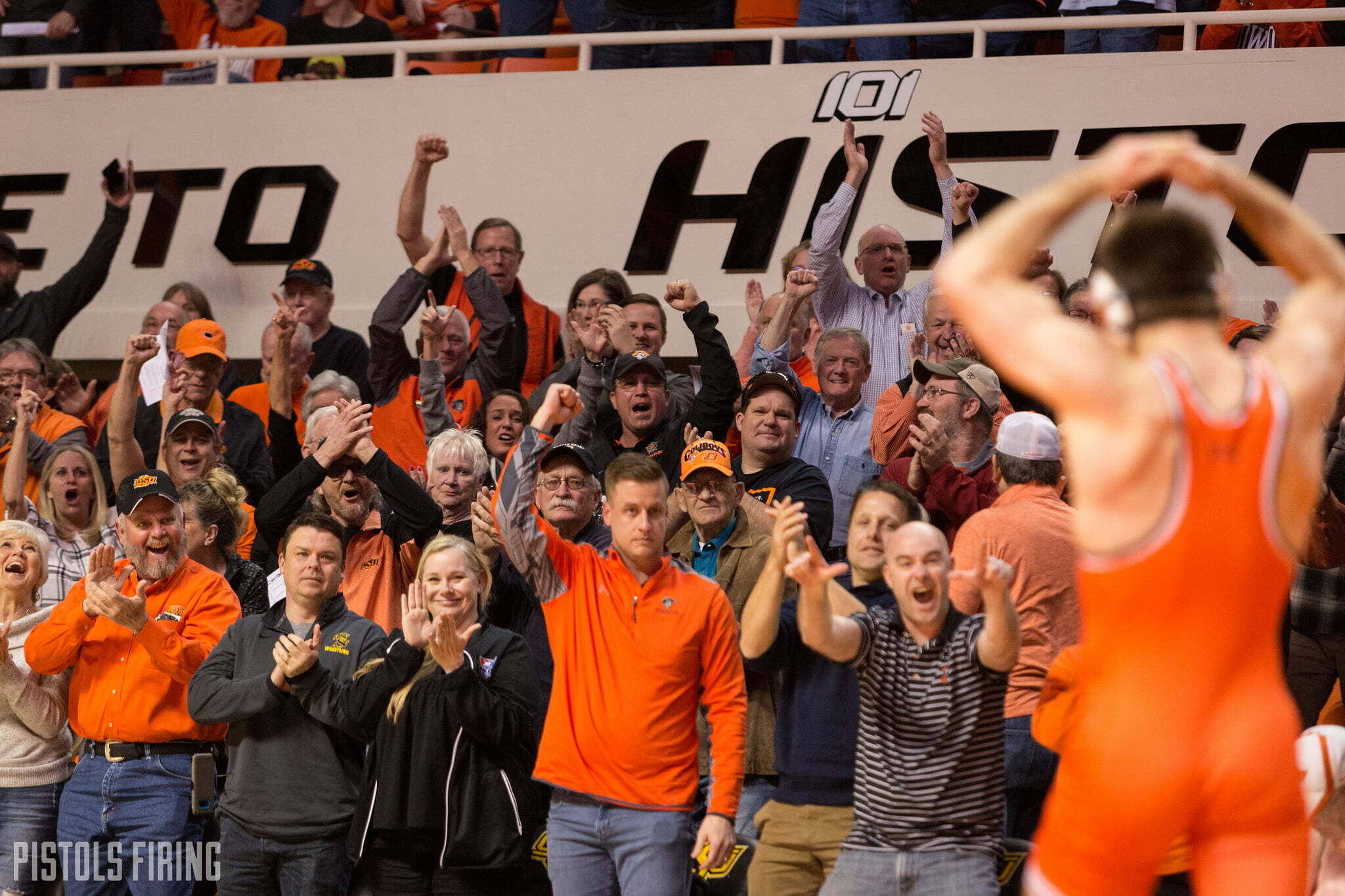 This year Oklahoma State brought in the No. 1 wrestling recruiting class in the country, which included the No. 1 prospect AJ Ferrari.

Almost just as intriguing a storyline as Ferrari’s commitment is what it could mean for OSU and his two brothers pictured above with him.

AJ’s younger brother Anthony is currently listed at No. 4 at 152, according to FloWrestling’s high school rankings. Anthony has been a World Team finalist twice and is one of the top high school juniors in the country.

The youngest brother is just starting his freshman year of high school. Angelo, who was consistently one of the top ten junior high wrestlers in the country, competed at 125 last season and some see him as possibly the most talented of the family.

Interestingly it looks like Anthony and Angelo may be competing for Stillwater High School next season.

Anthony posted the pictures above to his Instagram. The post shows Anthony and Angelo in the Stillwater High School wrestling room with Stillwater High School wrestlers Carter Young an JJ McComas. The caption reads “They said where you movin, I said onto better things” seemingly indicating that they’ve “moved” on and all signs point to that move being to Stillwater. Both Angelo and Anthony have updated their Instagram profiles to say “Stillwater, OK”.

This summer Stillwater hired former Cowboy wrestling and Wyoming assistant Ethan Kyle as the head coach. One would assume that this move could be similar to moves we’ve seen before with families like the Rosholts, Rogers, Morans, and Dieringers that all followed the oldest child to Oklahoma and eventually ended up at OSU.