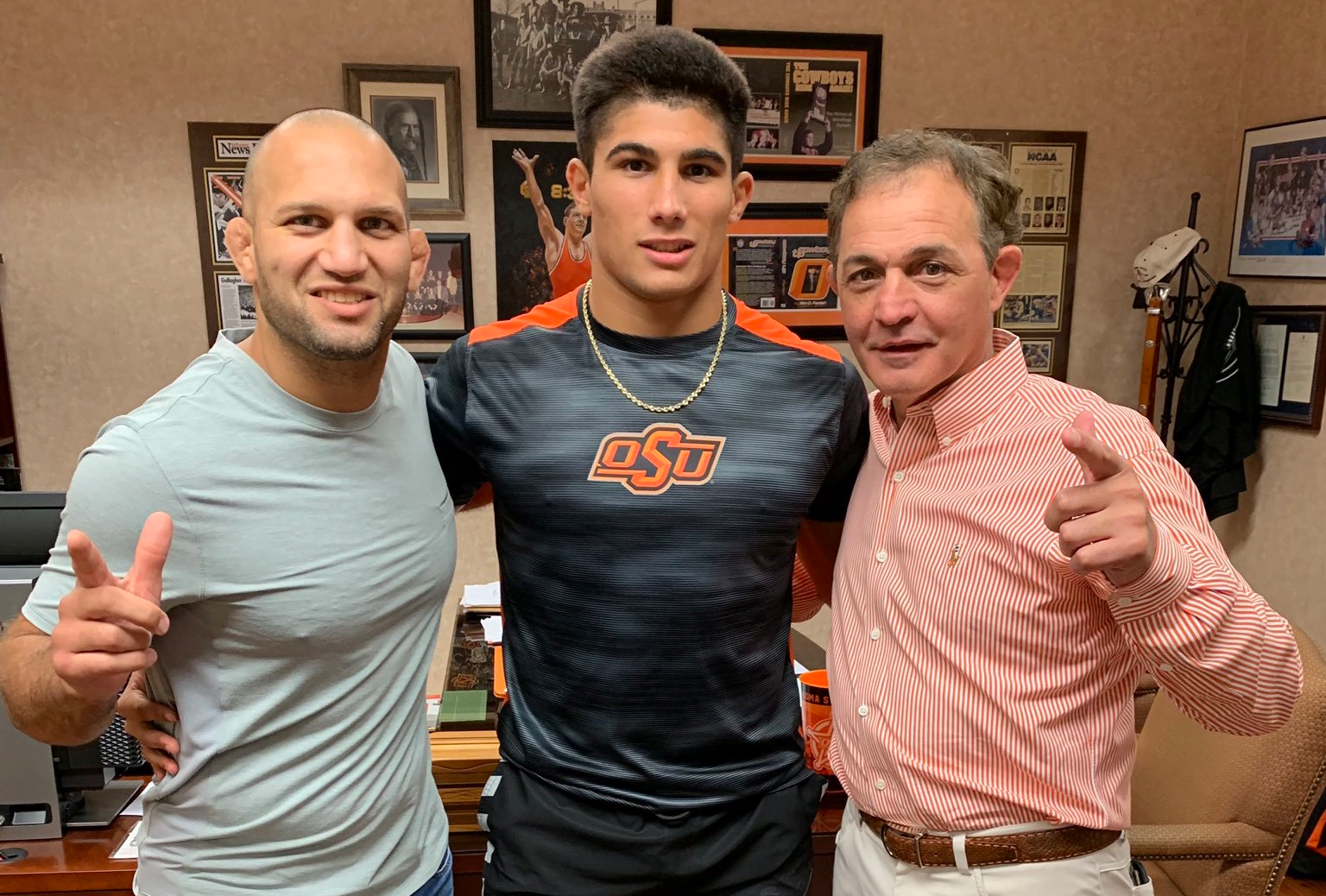 The No. 1-ranked pound-for-pound wrestler in the 2020 recruiting class has committed to Oklahoma State.

Ferrari announced his decision Wednesday night live from his Instagram.

AJ Ferrari out of Allen, Texas is ranked No. 1 overall by FloWrestling, Intermat, and pretty much every other wrestling ranking outlet available. The Cadet World Bronze medalist and folkstyle National Champ projects as a college 197 or could potentially bulk up to heavyweight. He is expected to compete at 220 for his upcoming senior season. He picked OSU over Penn State, Ohio State, Nebraska and Rutgers.

Ferrari has had a close relationship with John Smith over the years and credits him as a person he idolizes, not only in wrestling, but in life. In this interview with True Wrestling earlier this year, Ferrari had this to say about his coach.

“John Smith, I watch a ton of John Smith…, I’ve always watched and idolized him from a young age. He’s someone who I really look up to and really want to accomplish the same things as him. Not only what he does on the mat, but also what he does off the mat. He’s huge with his family, very tight. Huge Italian family just like me, and I kind of look up to that and I kind of want to aspire to be like that. Not only in wrestling, but outside of wrestling.” [True Wrestling]

This sets OSU up with an incredible recruiting class for 2020.

Here are the rankings of the current commits according to FloWrestling.

The future seems very bright for the most historic program in college athletics.