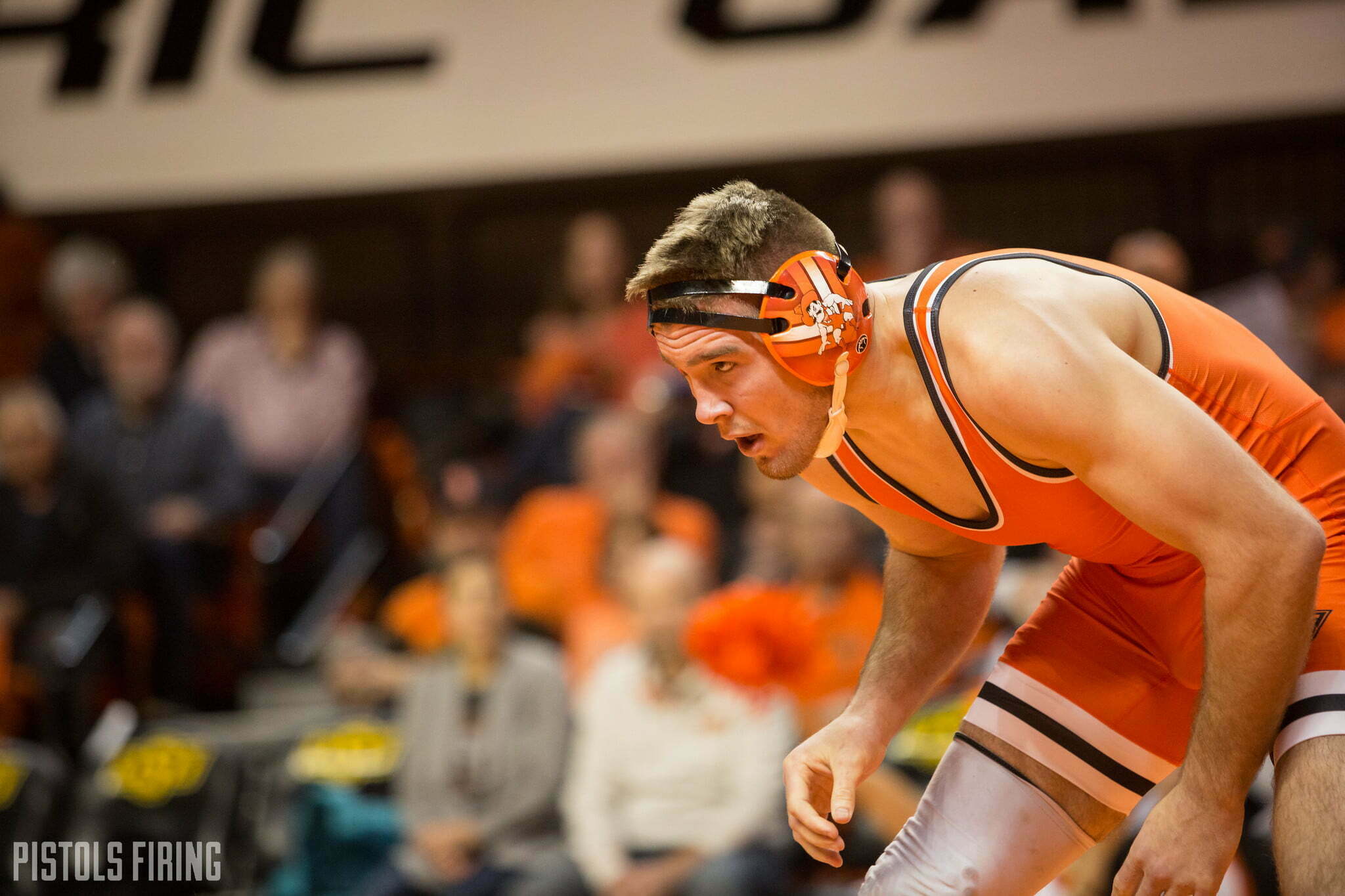 The Cowboys have their own version of the “Backyard Brawl” this weekend with two home duals with WVU in town on Friday, followed up by Pitt at 7 on Saturday.

The Cowboys will be heavy, heavy favorites on Friday. On paper, the only two matches you really see as competitive are 197 and 285. If they lose anywhere from 125-184 it’s a pretty big upset and not something you expect to see.

197 could be the premier match of the weekend though as Dakota Geer will take on Noah Adams. Geer beat Adams last year, but Adams has been great this season. He’s 22-0 and won the Southern Scuffle where Geer finished fifth. This would be a huge win for Geer who’s taken some losses at 197 after coming up from 184 last season.

On Saturday the Cowboys wrestle Pitt. I previewed the dual in depth with True Wrestling earlier this week. You can listen to it here. The one caveat that I would add to my projections is I really think OSU wins 141 no matter who they send out. Some of the discussion there was just conjecture based on the conversation. Ultimately the Cowboys have a definite edge in both duals this weekend.

Both duals start at 7:00 in Gallagher-Iba and will be available on ESPN+.

Cowboys Have Dates for Rescheduled Games against Baylor, West Virginia