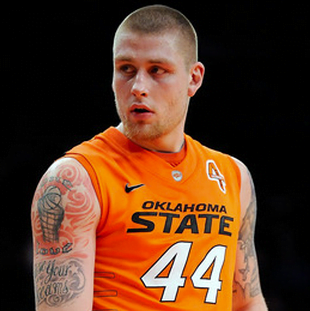 Who: Phil Jurick #44 (toss him in our Squinky-rated players with the #4 in their jersey list from last week)

Why: I honestly don’t know. He’s tall, I guess. I don’t mean “I guess” like he potentially shrunk in stature over the season but rather “I guess” as in “I guess I’ll make him OSU’s 10th best player because he’s tall.”

Gosh, is what the entire season is going to be like?

Jurick was mildly effective on the defensive last season but he has question marks heading into this year. Question marks like “does he have good achilles tendons or does he have Devin Hedgepeth’s achilles tendons?” Questions like “will Ford even allow him to play this season[1. On that, we’re kind of at a stage of relativity, no? Darrell Williams set the bar pretty high so the fact that Jurick probably did (and definitely distributed) some weed doesn’t feel like that big of a deal now, right? Ladies and gentlemen, the Travis Ford era!!]”