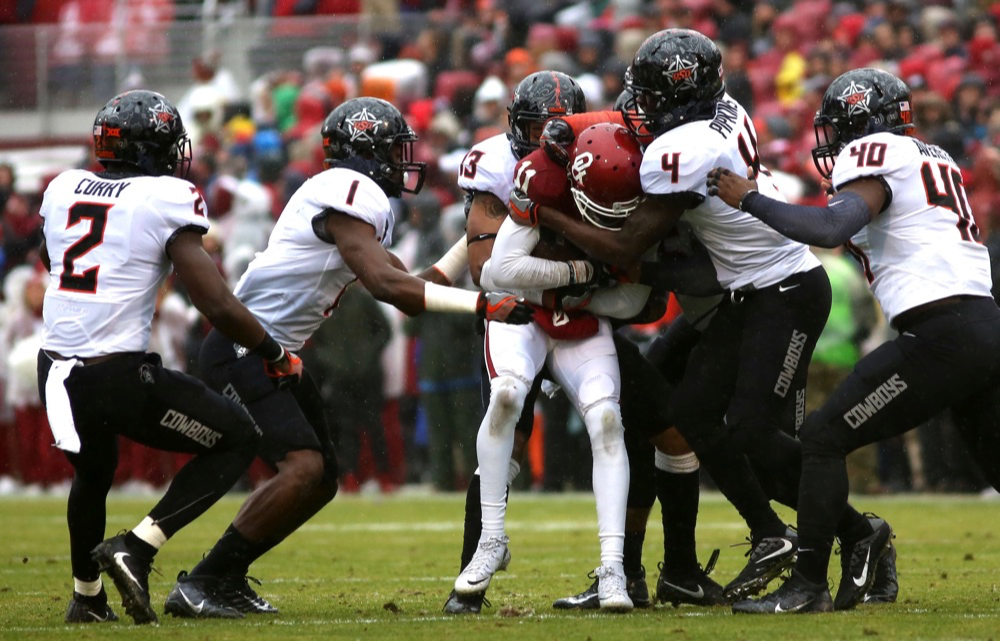 Oklahoma State has wrapped up its 2017 class which means we need to look at how it stacks up historically to other Mike Gundy classes. Oklahoma State has not traditionally recruited well in terms of national average compared to how much it wins (more on this later).

But according to Rivals, the 2017 class is the second-best of the Gundy era in terms of average stars. Note: we don’t prefer Rivals as a recruiting service (we are more 247, as you can see here), but their data was the easiest to put into Excel so here we are. When looking at just a single school like we are, I don’t think it changes the picture all that much.

Here are all 13 Gundy classes with their national ranking.

“Obviously we’re very excited about this year’s recruiting class,” said Gundy on Wednesday. “We will still want young men who are very serious about getting an education, being a part of a team and competing for a championship. Those are the ones that come to school here.

“Years ago we tried to make Stillwater something that it wasn’t. I say this to the parents and the young men, ‘We don’t have night clubs that are open till 4:00 a.m., so if you are looking for that type of lifestyle, you should look somewhere else because you will be disappointed when you get here.’

“Our best recruiters are our current team, the guys on our team now, because we have been here long enough. They can tell the young men that visit our campus, ‘Whatever they tell you, is the truth. It’s the way it is.’ We are very transparent. We are very up front. It is exactly the way it is going to be. That way when they get here, we don’t have any disgruntled players in the organization. Everyone understands the direction we are going in and we have done that now for years and it has worked for us.”

It’s amazing to me that since OSU really started winning (2010), Gundy hasn’t had a class above an average of 3.1 stars (this one). In that same span of time, OSU is No. 10 in the nation in winning percentage. What he’s doing works, obviously, and this year’s class falls right in line with the rest — get undervalued, smart dudes who are winners. And keep winning.