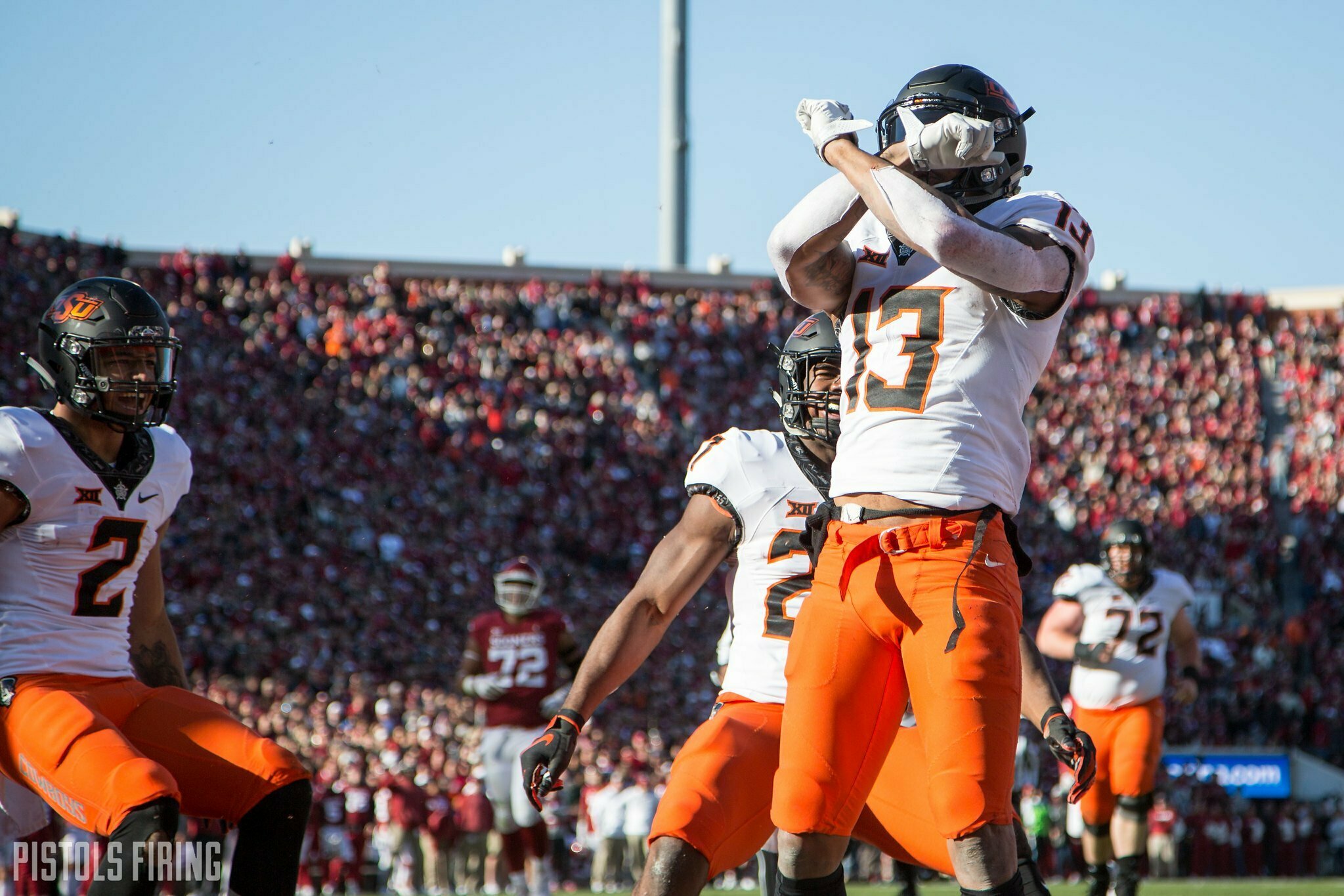 If the Cowboys have success throwing the ball this weekend, it’s likely Tylan Wallace will play a big part in it. But in recent renditions of Bedlam, the Cowboys have also had other receiving options show out.

Disregarding last season, where Oklahoma State was without its starting quarterback (Spencer Sanders) and star wide receiver (Tylan Wallace) because of injury, the Pokes got solid receiving production from guys outside of their Biletnikoff contender in the past few Bedlams.

In 2018, Tylan Wallace was a nightmare for the Sooners’ secondary, but Tyron Johnson also had a standout day. Johnson caught a career-high 11 passes for 128 yards and a touchdown, where he threw up Dez Bryant’s patented X. He jumped over a guy for goodness sake.

In 2017, James Washington led the Pokes with 128 receiving yards in Bedlam, but he was on the end of only one of Mason Rudolph’s five TD passes. Johnson caught two and had 118 receiving yards and Marcell Ateman caught the other two scores.

Even in 2016, where OSU hardly threw the ball, Jhajuan Seales led the Pokes with three catches and 80 yards, ahead of Washington.

Dillon Stoner is second on the team in catches (22) and yards (197), but he surprisingly hasn’t caught a touchdown this season. In three Bedlam games, Stoner has a combined 17 catches, 184 receiving yards and no touchdowns.

Without Wallace last season, Braydon Johnson led OSU in receiving yards in Bedlam with 77. Johnson has shown flashes this year, but hasn’t been as involved as he was at the end of last season. He has 11 catches for 154 yards and a touchdown in 2020.

Jelani Woods and Landon Wolf are also candidates as guys who could break out against the Sooners. And the hot pick seems to be Brennan Presley. Presley, a true freshman from Bixby, actually hasn’t caught a pass this season, but he found the end zone on a jet sweep against Kansas State. As his involvement in OSU’s offense continues to increase, maybe he could be that guy.

Regardless of who it is, having a havoc-causing second option in the passing game would go a long way in helping the Pokes best their in-state rival.