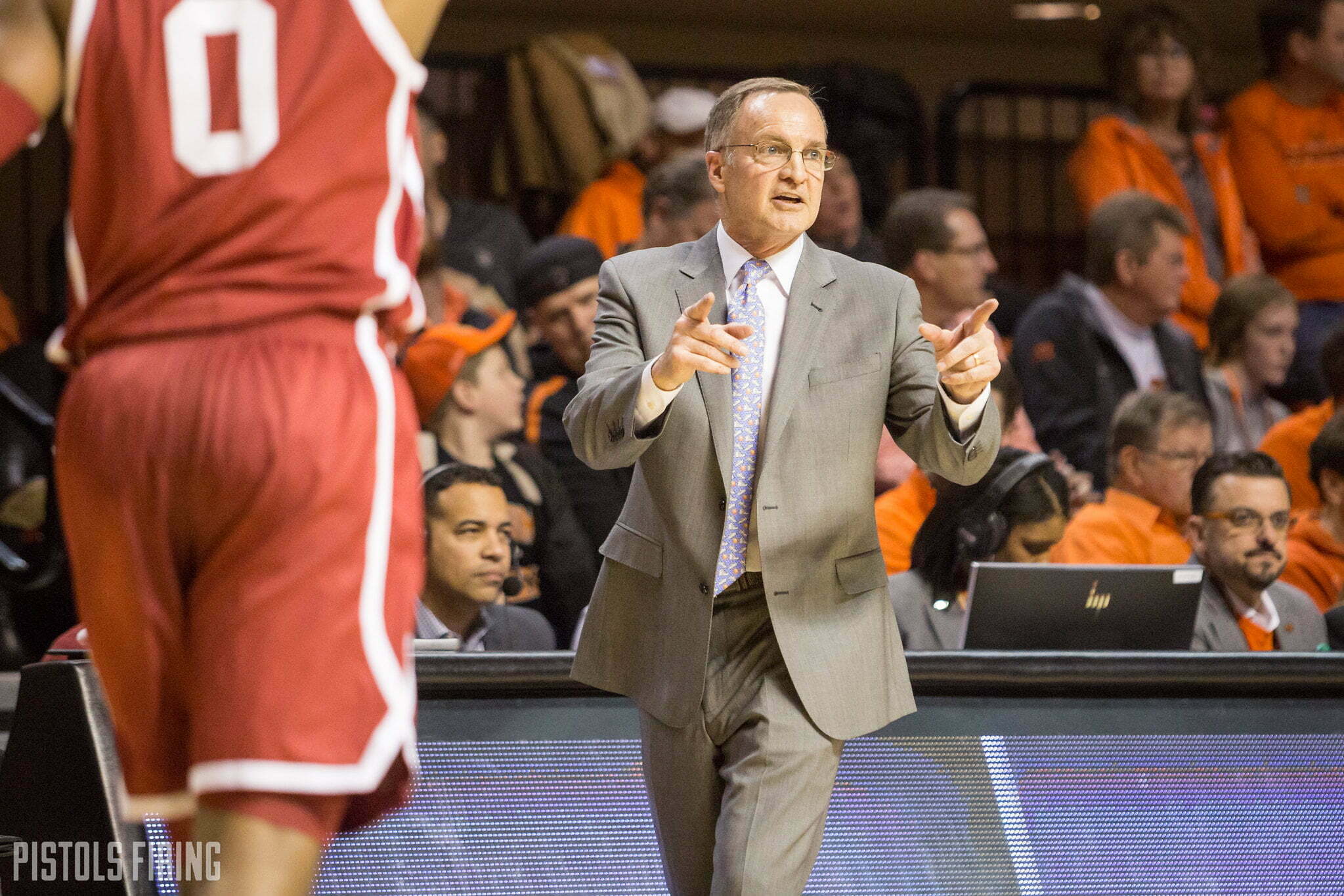 Oklahoma men’s basketball coach Lon Kruger is set to announce his retirement after nearly four decades of coaching and 10 seasons with the Sooners, Colby Daniels reported in a stunning bit of news on Thursday.

Kruger, 68, steps away just days after his son, Kevin, was hired as UNLV’s head coach. He confirmed his retirement to Jeff Goodman of Stadium and told him his plan is to move back to Las Vegas to be close to his son and his grandids as Kevin embarks on his head coaching career.

Kruger went 195-128 as OU’s head coach and went 13-9 against Oklahoma State in his 10-year Sooners tenure. He started his career with OU with eight wins against OSU in the first 10 meetings.

Kruger is the second Big 12 coach this offseason to move on from his post, joining Iowa State’s Steve Prohm, who was fired, but the first from the league to step down on his own volition. According to CBS Sports’ Matt Norlander, he was prompted to accelerate his retirement timeline in part because of the recent death of former assistant Lew Hill earlier this year and in part because of Kevin’s new journey out west.

Kruger and OU went 16-11 this season. They lost twice to Oklahoma State, the first time since 2016-17 that the Pokes pulled off a sweep of their in-state rivals. The Sooners still earned an 8 seed in the NCAA Tournament but fell on Monday in the Round of 32 to No. 1 overall seed Gonzaga.

As for who might take the job at OU, which will no doubt be in high demand even in an offseason where Indiana is looking to replace Archie Miller, current assistant Carlin Hartman is one to know. Hartman has been on OU’s staff for five seasons. North Texas coach Grant McCastland could also be an interesting candidate, as could Abilene Christian coach Joe Golding, who proved he can do one thing OU fans love: Beat Texas.