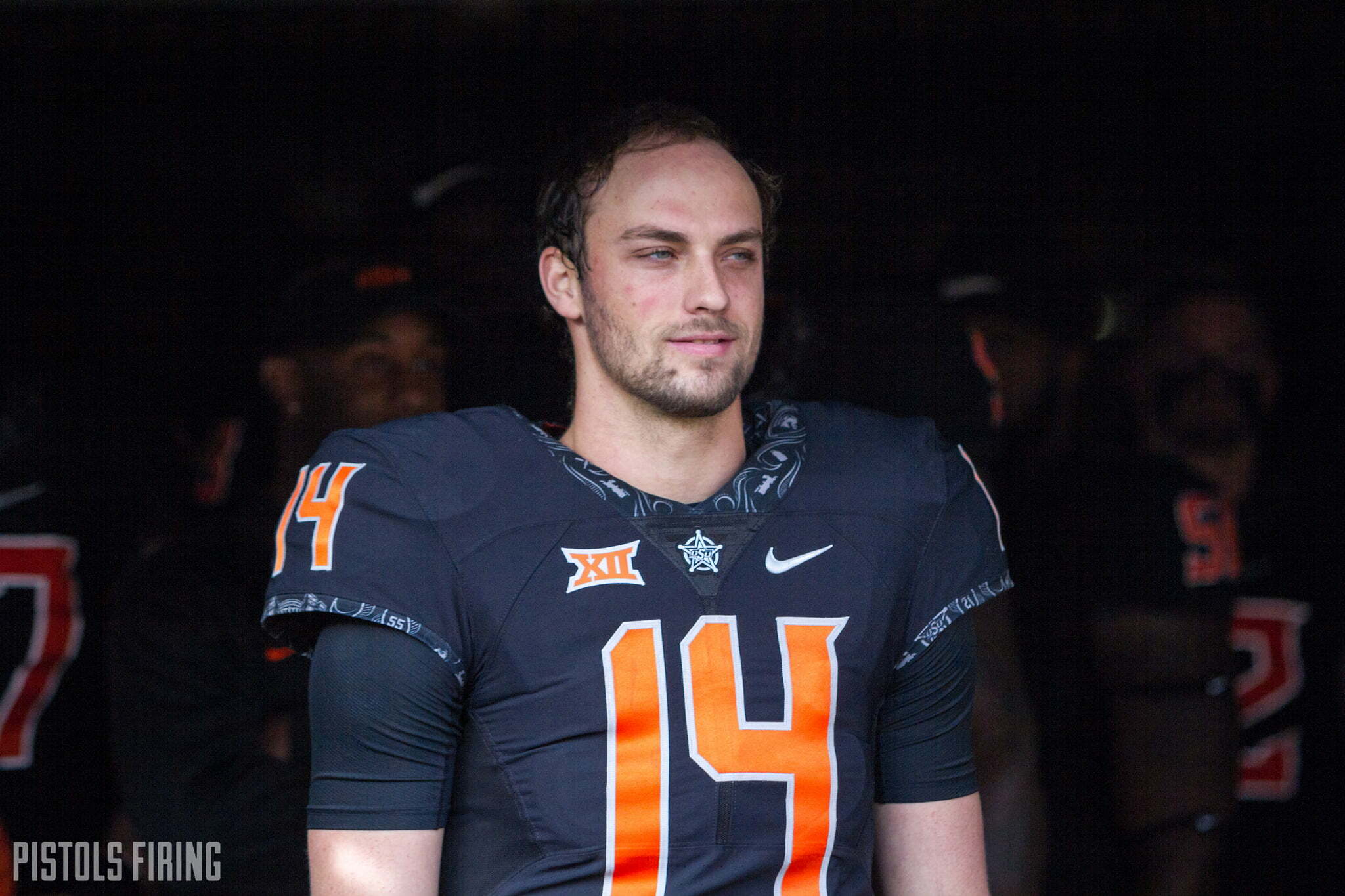 Senior Day is always a bit emotional for those upperclassmen making their final walk to the stadium, their final pregame prayer ring and after they take to Lewis Field for the last time of their careers.

Fortunately, the bitter gave way to the sweet taste of an upset victory for several Pokes making their final ride. Here’s what they had to say following the dramatic 45-41 win over West Virginia.

“It flies by,” Taylor Cornelius said of his five-year tenure. “Everyone tells you that, but you never really expect it. Today was awesome and a great way to go out for sure.”

“That’s a fun way to end it,” said senior linebacker Justin Phillips. “I’m just proud of our guys for going out there, fighting hard and giving everything they had for our seniors.”

Senior safety Kenneth Edison-McGruder was just glad to be out there with his guys for one last time.

“It was good being out there to run around with my teammates and all my seniors here at Boone Pickens Stadium,” said Edison-McGruder. “It was a very emotional day and it made it even better to come out with the win.”

Aside from shutting down Boone Pickens Stadium for the season in style, the Cowboys punched their ticket to the postseason with win No. 6, further extending the careers of those celebrated on Saturday, at least for one more game.

“It’s very nice,” Cornelius said of securing their sixth win and bowl eligibility. “We knew we were going to have it, but it’s nice to have it locked in now.”

Justin Phillips echoed his QB’s sentiment: “It’s a relief now that we have that extra game and I’m sure it’s going to be a lot of fun.”

Edison-McGruder was just taking the whole experience in and for what it was.