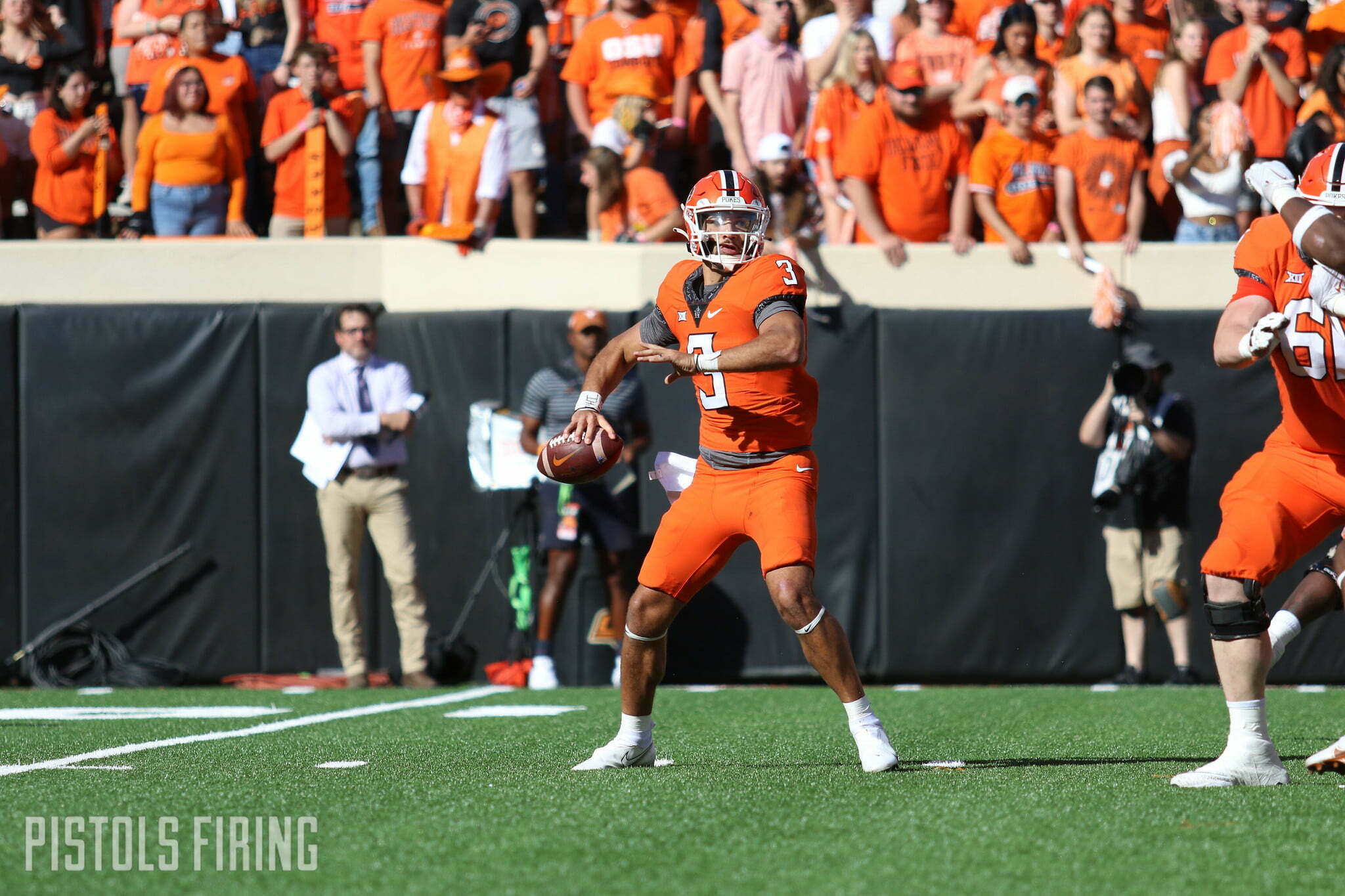 For about three-and-a-half quarters last Saturday, it felt as if Oklahoma State was on track to lose its homecoming bout vs. Texas before pouring on a 17-0 run to close the game. But guess what? When you have a Hall of Fame-caliber head coach and the best quarterback in the Big 12, sometimes you can play ugly and still win.

The Cowboys will look to (hopefully) put out a more aesthetically pleasing (and less blood pressure-raising) product on the field Saturday as they head to Manhattan, Kansas to face Kansas State, but an ugly win would count as a win — and a big one at that. Whichever team emerges victorious will have a leg up in the ongoing race for the Big 12 title behind only TCU as we enter the home stretch of the regular season with November looming.

Here is how our staff is predicting Saturday’s game. (Shout out to Brent for waiting patiently on this. You know who you are!)

Thoughts: The Cowboys have scored in the 40s in their past four games (yes, it took double-OT for one of those), so I think they’ll get there again. I think OSU’s best shot in this is turning it into an old-school Big 12 track meet, as the Wildcats have scored in the 40s only once this season (against Missouri and Oklahoma — SEC). So, going full blast on offense and create a turnover or two on defense is how I see the Cowboys coming home from the Little Apple with a win.

Thoughts: The Cardiac Cowboys appear to be fully back — their last two games have been decided by one score — but I’m going to crawl onto a ledge here and predict this one won’t be as close as the last two. Sure, Vegas sees things differently — K-State is favored by 1.5 points as of Friday morning — but OSU seems to have momentum at its sails. Spencer Sanders is getting healthier. The running game is showing signs of life. Stephon Johnson Jr. looking like the next Calvin Johnson. OUR PETS HEADS ARE FALLING OFF! Following K-State’s loss to TCU a week ago, I think there’s some holes that were exposed which OSU can take advantage of. This would be a huge statement that the Cowboys are true contenders and I think they’re capable of doing just that.

Thoughts: There have been plenty of barn-burners between OSU and K-State over the years when only pride was on the line. Now we’ve got the Cowboys and ‘ Cats tied for No. 2 in the league at the end of October, both trying to make their way to Arlington. I predict plenty of nail-biting moments for both fanbases but I think the Cowboys will pull it out late.