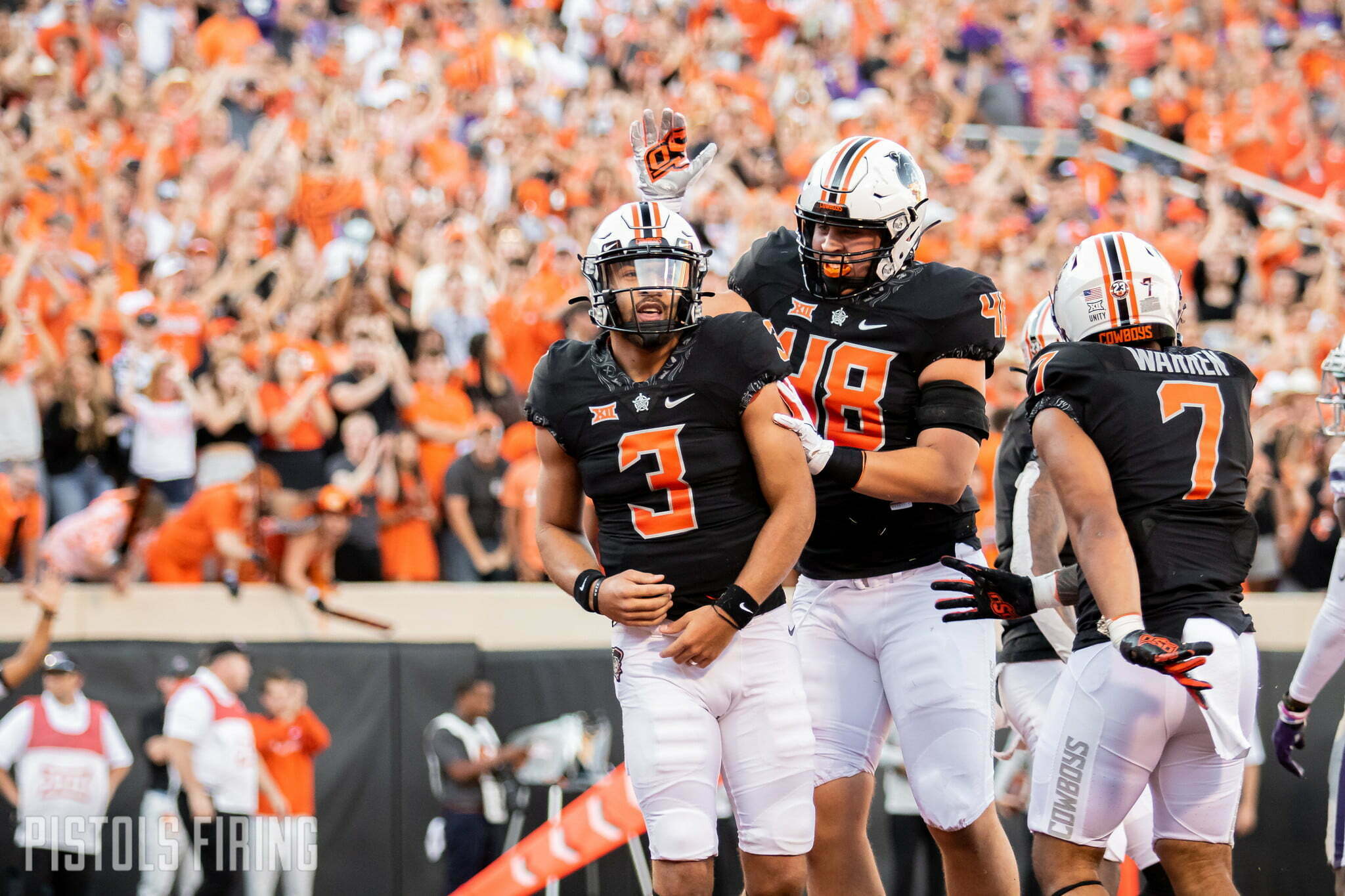 Well, it’s finally here. Oklahoma State returns from a long offseason with high hopes for 2022. But first, the Cowboys needs to exorcise some Chippewa demons.

The last time Central Michigan came to Stillwater, the Chippewas left with an upset win* under their belts thanks to an officiating gaff and a universal misunderstanding of one of NCAA’s more idiosyncratic rules. Hopefully for OSU, things won’t be decided on one final play.

The Pistols Firing staff convened to lay out our predictions for OSU’s season opener against Central Michigan. Here’s how we see things playing out.

Thoughts: Oklahoma State could never lose to Central Michigan at home, right? (insert sarcastic tone). I think offensively the Cowboys should take a big step forward in 2022. OSU has started seasons slowly in recent years, but behind Spencer Sanders and a ridiculously talented defensive line, give the the Cowboys big.

Thoughts: Central Michigan covers the 21-point spread by scoring precisely 21, but the game is not particularly close. OSU jumps out to an early lead with Spencer Sanders firing all over the yard to Jaden Bray and Brennan Presley. The defense looks stout in the first half but gives up garbage time scores late to make the final box score make it look closer than it actually is.

Thoughts: I think the Cowboys will have a few summer cobwebs to blow out but they get going in the scoring department by the second quarter. OSU’s defense will get going early and the start of this one mirrors much of last season with the Cowboys building a two-score lead by halftime and hanging on for a nice Week 1 one. No drama. No one has to take their shirt off to get the officials’ attention.