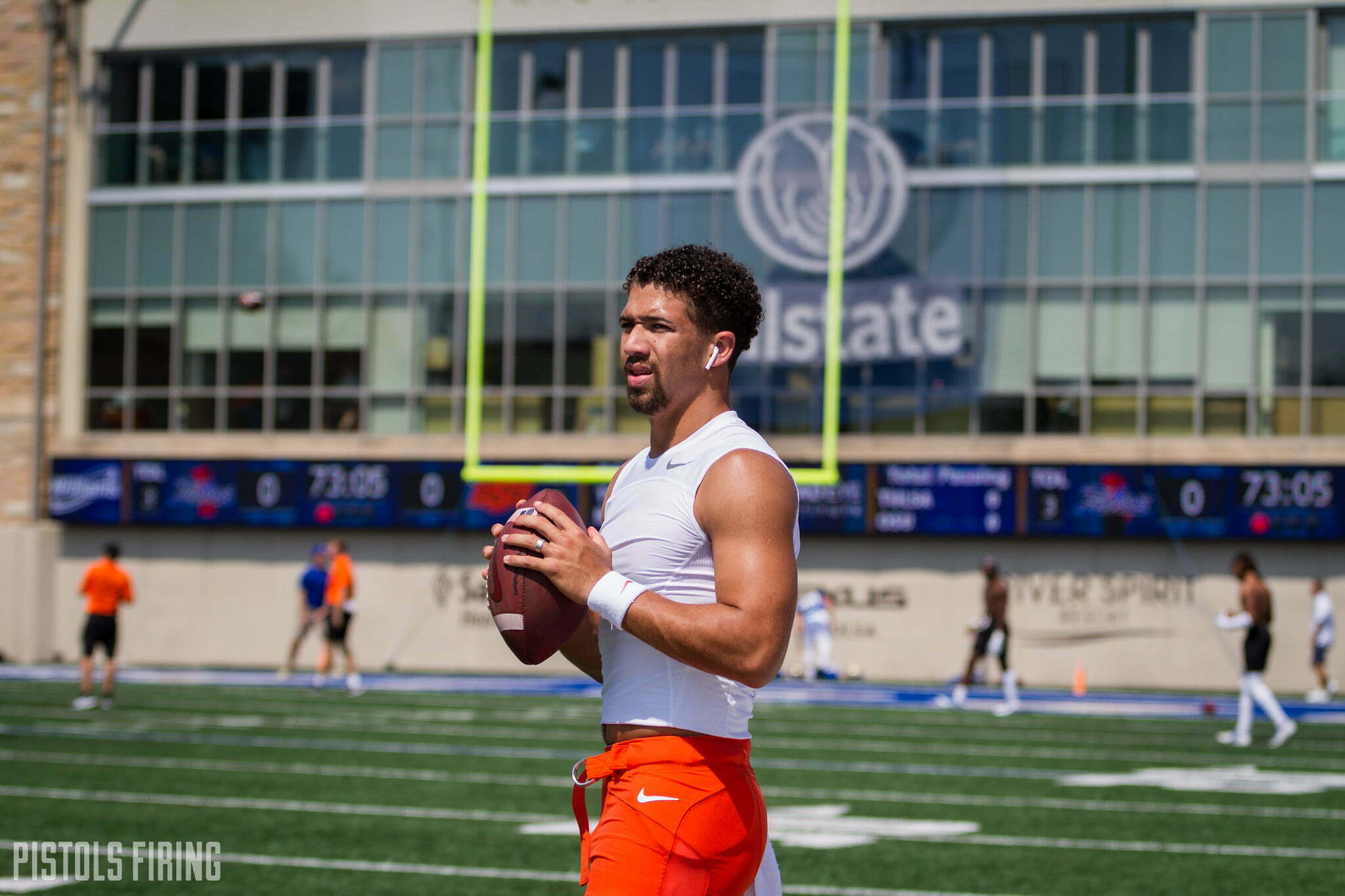 Oklahoma State will face off against in-state foe Tulsa on Saturday for Week 2 of its nonconference slate. The Cowboys will be big favorites to improve to 2-0 despite squeaking past Missouri State in the opener, but TU — despite its own lackluster Week 1 showing — is known to challenge OSU. Last year Tulsa led at halftime before falling 16-7 in a barn-burner.

Ahead of the Saturday morning kick, our team has predictions on the matchup below.

OSU wins if … it has some semblance of a running game. After averaging 1.9 yards a carry last weekend, all of the magnifying glasses will be on the Cowboys’ run blocking against Tulsa. Gundy said it was a fixable problem at his media luncheon Monday, so it’ll be interesting to see what adjustments are made. Opening up the run game will provide more room in the pass game, and with how woeful Tulsa looked against UC-Davis, it shouldn’t take much.

What you want to see from OSU: Going along with that, I’d like OSU to hover around 4 yards a carry. The Cowboy offensive line struggled with injuries last season and still managed to put up 4.1 yards a carry. If the Pokes can improve from 1.9 to 4.0, I’ll feel more comfortable in knowing things are headed in the right direction there.

OSU wins if … it takes care of the football and has no major gaffes. Mike Gundy preached the importance of taking care of the ball and winning the turnover battle after a few big blunders in Week 1 against Missouri State, and while they got away with them last week, they likely don’t have the same margin of error against a more talented TU team. If they win the turnover battle and play a sound game they’ll be fine.

What you want to see from OSU: More cohesion along the offensive line. There were a few minor spots in the running game last week that kept OSU from springing big runs and, as a result, the running game suffered. A better overall unit pulling together should help on that front and seeing that should mean a better running game, which I think we all want to see.

OSU wins if … OSU doesn’t shoot itself in the foot. But the Cowboys need to do more than just win, they need to continue to work out the bugs that we all became familiar with against Missouri State. Show that you can clean up the mistakes and move the ball at will and, hopefully, get your QB1 into a rhythm before the trip to Boise.

What you want to see from OSU: The opposite offense I saw last week. OSU was ones-dimensional and, therefore, predictable by Quarter 2, which allowed an FCS team to slow it down. I’d like to see OSU move the ball on the ground and have its way with a lesser, and struggling, opponent.