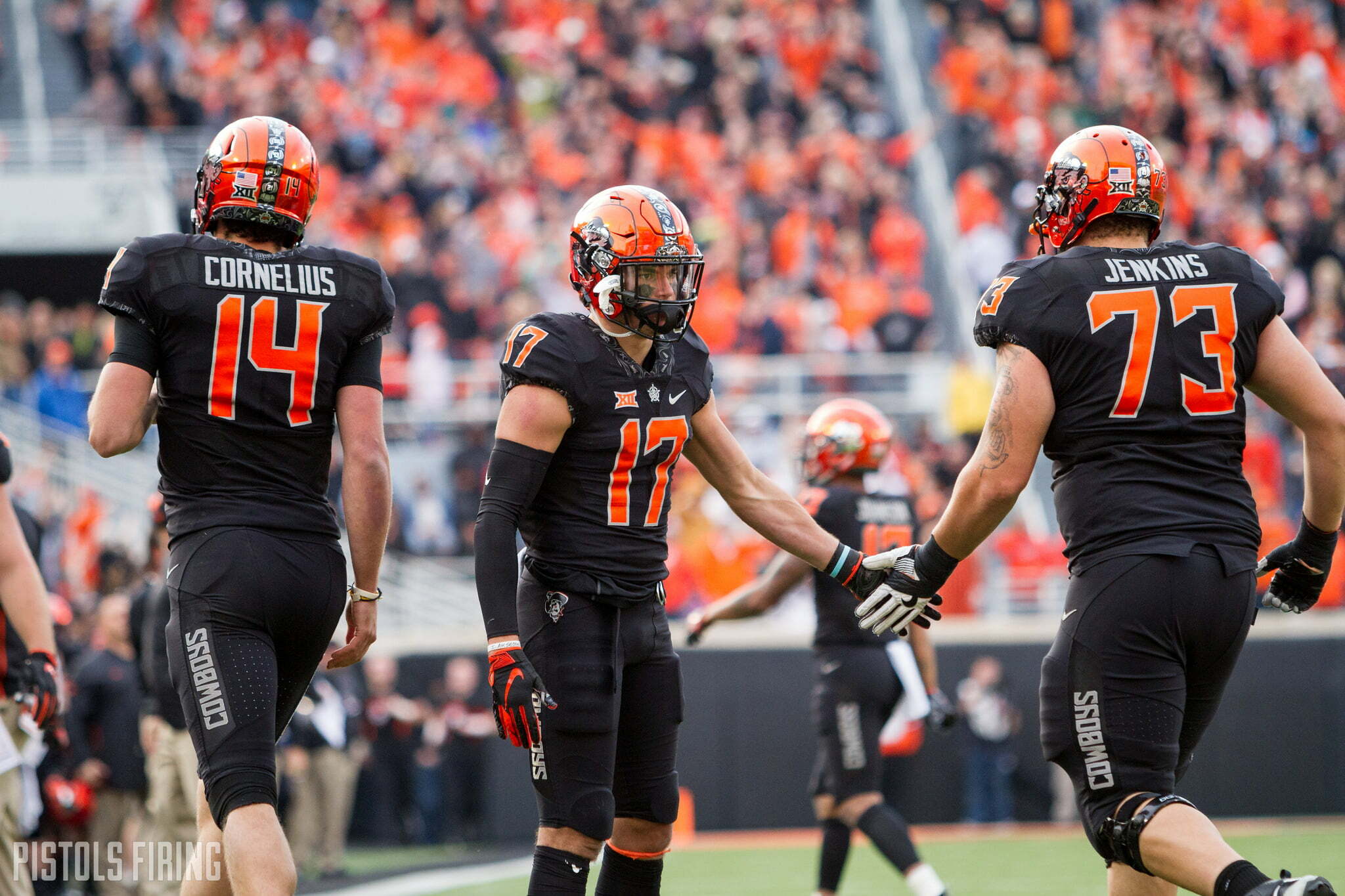 Oklahoma State is in Ft. Worth for its regular season finale and looking for the elusive “three-peat” of well-played games as Mike Gundy termed it. Can the Pokes put together consecutive wins for the first time since September? Here’s how our staff sees things shaking out.

Kyle Porter: OSU 35 | TCU 23 — I’d picked TCU until I realized the Frogs were on their third-string QB (think Keondre, not Dru Brown). While I think it would make sense for OSU to lose one final game as a favorite and end the year with wins over WVU, Texas and Kansas, I just can’t see TCU generating enough offense for that to happen.

Kyle Boone: OSU 45 | TCU 16 — TCU is a no good very bad awful football team. It’s very possible OSU lays an egg as it has against other no good very bad teams this season (looking at you, K State) — but I think the Pokes close out the season on a high note against a Horned Frogs team that is, to put it nicely, challenged offensively.

Kyle Cox: OSU 35 | TCU 28 — I think the Pokes finally put a couple of wins together. The offense has found a nice rhythm behind Cornelius and the defense should have a chance to build upon a couple of nice second halves against a not-so-great Horned Frogs offense.

Marshall Scott: OSU 38 | TCU 28 — Bowl eligibility is out of my grasp. I’m playing for pride. I’ve used reverse psychology on my pick. I think TCU is going to win because this game is kind of meaningless for the Pokes. However, that’s what the Marshall would say who is 4-7 at picking OSU games this year.

Dustin Ragusa: OSU 31 | TCU 17 — I think Jalen Reagor breaks a few big plays for the Frogs, but other than that they don’t get much going on offense with all of the injuries on that side of the ball. The TCU defense plays well in the first half but the Cowboys are able to score a few touchdowns in the final two quarters and win this one on the road.

Thomas Fleming: OSU 38 | TCU 17 — The Horned Frogs will likely be trotting out their third-string running back AND quarterback Saturday against the Pokes. They’ve been banged up and have struggled offensively all season. Jalen Reagor will likely give the Pokes fits early, but if TCU scores more than 20 then OSU has done something seriously wrong. Pokes win in a run-heavy snoozer.

Grant Newton: OSU 31| TCU 24 — I initially thought the Pokes might falter and lose after playing so well the last two games. However, I think momentum carries through the TCU game. TCU is in a rough spot, and the Pokes offense is playing lights out. Barring a turnover barrage, I like Corndog to get the Pokes win number seven tomorrow.