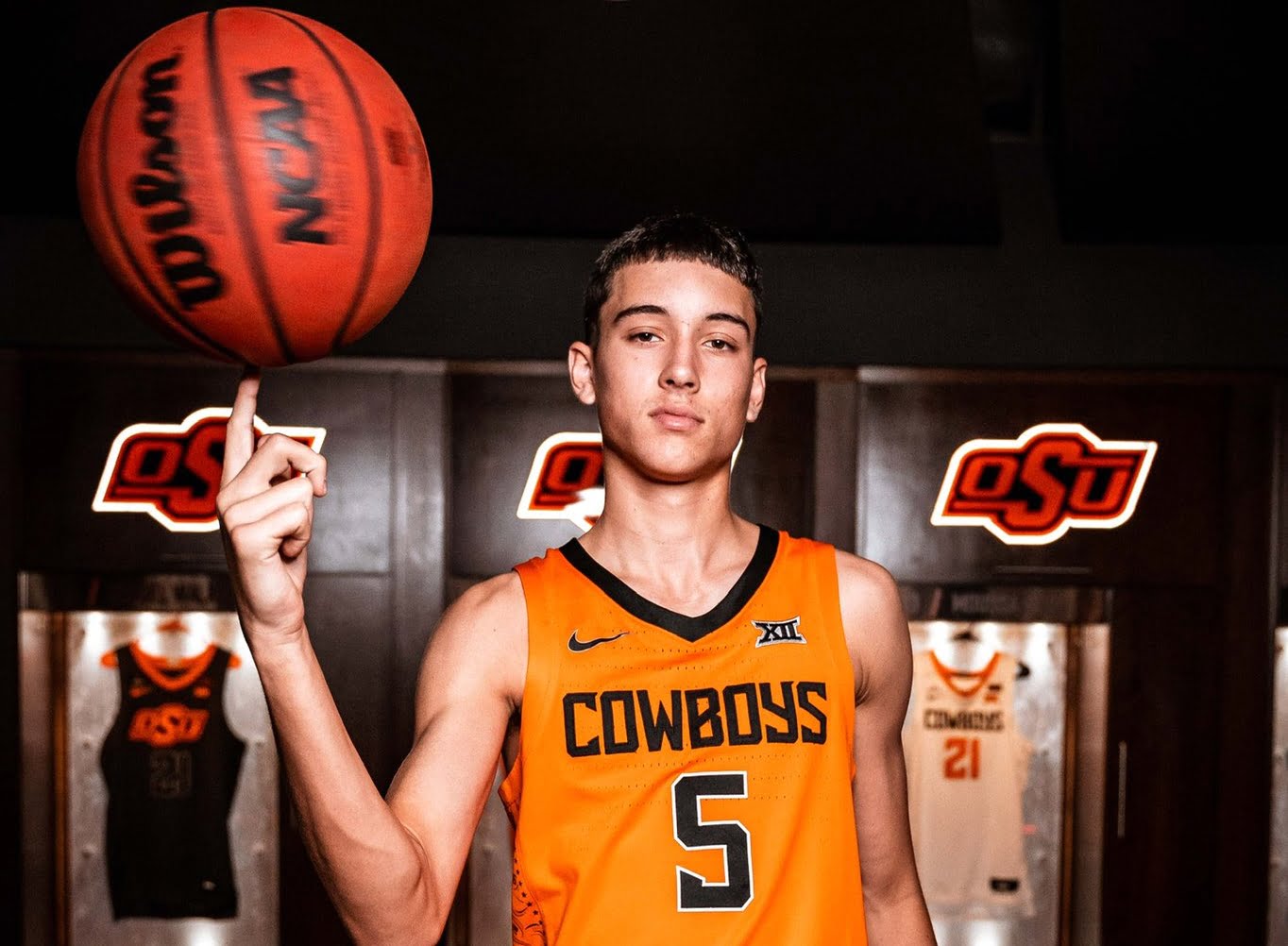 Oklahoma State became just the second program in the Big 12 to have a 2023 basketball commit when Parker Friedrichsen announced his intentions to play in Stillwater on Monday.

A four-star prospect ranked 104th in his class, Friedrichsen chose the Cowboys over offers from Iowa, Purdue, Nebraska, Oklahoma, Illinois, Missouri and others. Friedrichsen spoke with PFB on Tuesday morning about his commitment.

Parker Friedrichsen: “I just got that feeling. It was like when you know, you know. And I wanted to wait until the college basketball season was over for all the schools that were recruiting me. But, I took my visit to Oklahoma State, and I was just like, ‘I’m not going to get a better feeling than here.’ This is where I want to be. I want to play for Coach Mike, I want to be close to home and I think I’m going to fit really well with them.”

PFB: How did you tell Mike you were committed, and what was that conversation like with him?

PF: “Yeah, so I do online school. So, I went over there during the day, and everybody was there except for Coach [Larry] Blunt. I was in the office, and I was just kind of explaining my whole process and I just kind of thanked them for the whole visit weekend. I think my words were, ‘I’m not gonna find a place like this, and this is where I want to be. I want to play for you guys, and I’m in.’ That’s how it went down. And they’re all really excited. It was fun.”

PFB: Mike tweeted out the Steph Curry gif. What was that like?

PFB: Now that you are committed have you started to put thought into recruiting other guys to play with you? The 2023 class is stacked in Oklahoma with guys like yourself, Brandon Garrison (Del City) and Jeremiah Johnson (Norman North) and Trent Pierce (Union).