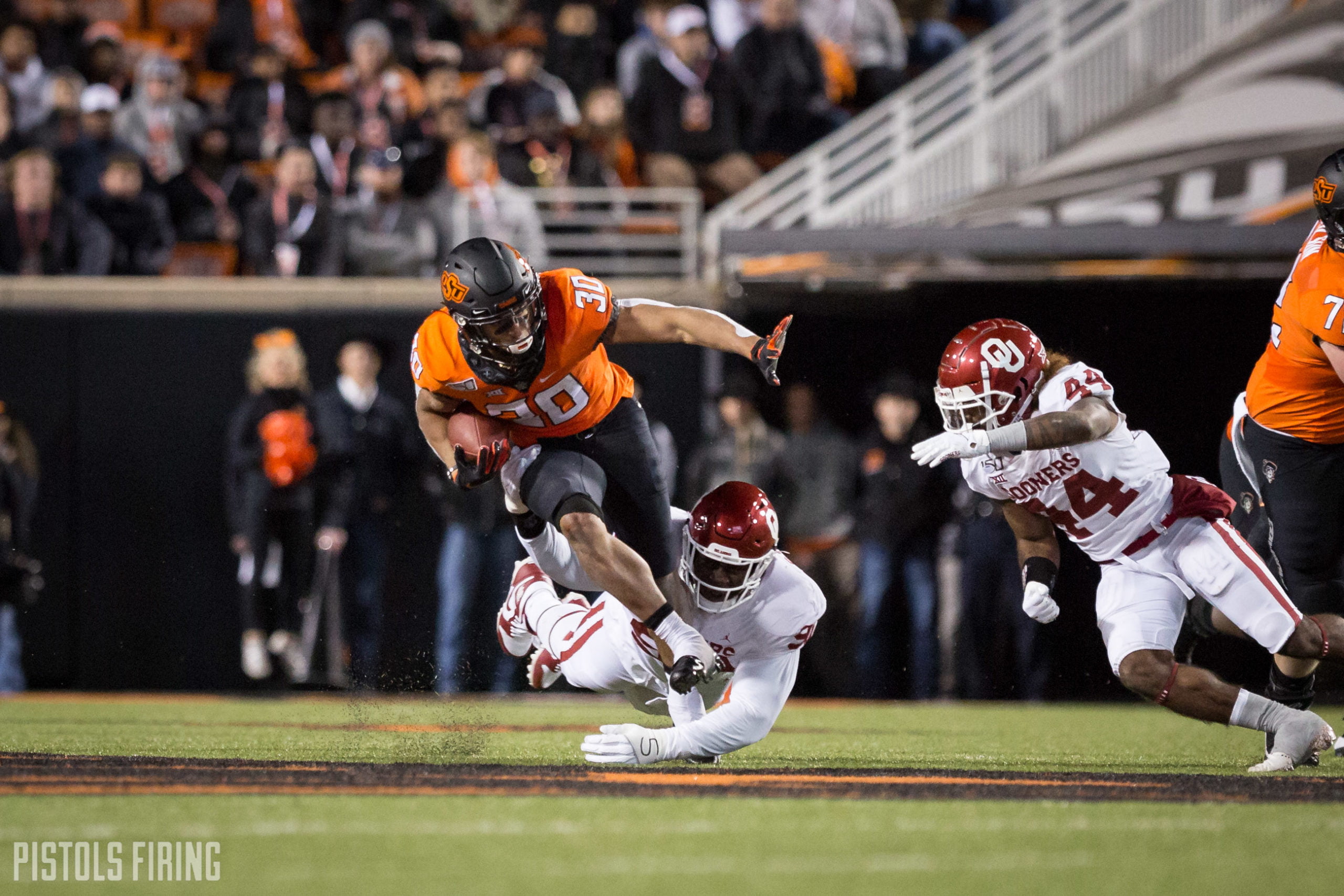 Bedlam 2020 is officially upon us. The Pokes and Sooners will square off Saturday night at 6:30, with OSU looking to end a five-game losing streak in the series on the road.

Here are our team’s predictions for the game.

Final score: Oklahoma State 42, Oklahoma 38 — I think this just the type of year that the Cowboys gets it done, and not just because of the weirdness of 2020. They have their best defense since 2013 — a Bedlam OSU should have won — with better skill talent on offense.

Bold prediction: A QB named Spencer will throw a pick-6.

Final score: Oklahoma 28, Oklahoma State 24 — I’ve been jumping back and forth on this for weeks. OU is getting better, but it’s been against poor competition. Meanwhile, a banged up OSU team has beaten two teams OU lost to. With all that said, OSU has only one this game seven times in my life. So, I’ll believe it when I see it.

Bedlam MVP: If OU is to win this game like I predicted, I imagine Rhamondre Stevenson will be the guy who does it. He averaged 16.7 yards a carry on OSU last year.

Bold prediction: OSU won’t turn the ball over once.

Final score: Oklahoma State 31, Oklahoma 28 — I’m trying to take my orange-tinted glasses off to see this game with clear eyes. I really am. And yet every time I do it, I come to the same conclusion: OSU is the better — and more complete — football team. Now, coming off a bye week for both teams, there’s a lot of unknowns here, especially on the injury front. But OSU’s defense is trending towards being one of the best of the Gundy era, and the offense has enough dudes between Chuba, Tylan and Spencer to at worst keep the Pokes in it. Think it’ll be close, but giving OSU the slight edge because of the advantage defensively.

Bedlam MVP: Spencer Sanders. If OSU wins this game, it will be because the defense plays great, Chuba does his thing, and special teams isn’t a total disaster. But the person who will get the majority of the credit will be Sanders. If he goes out, plays with confidence and has a turnover-free game, the Pokes will come home with a W. They can’t afford anything other than that from him.