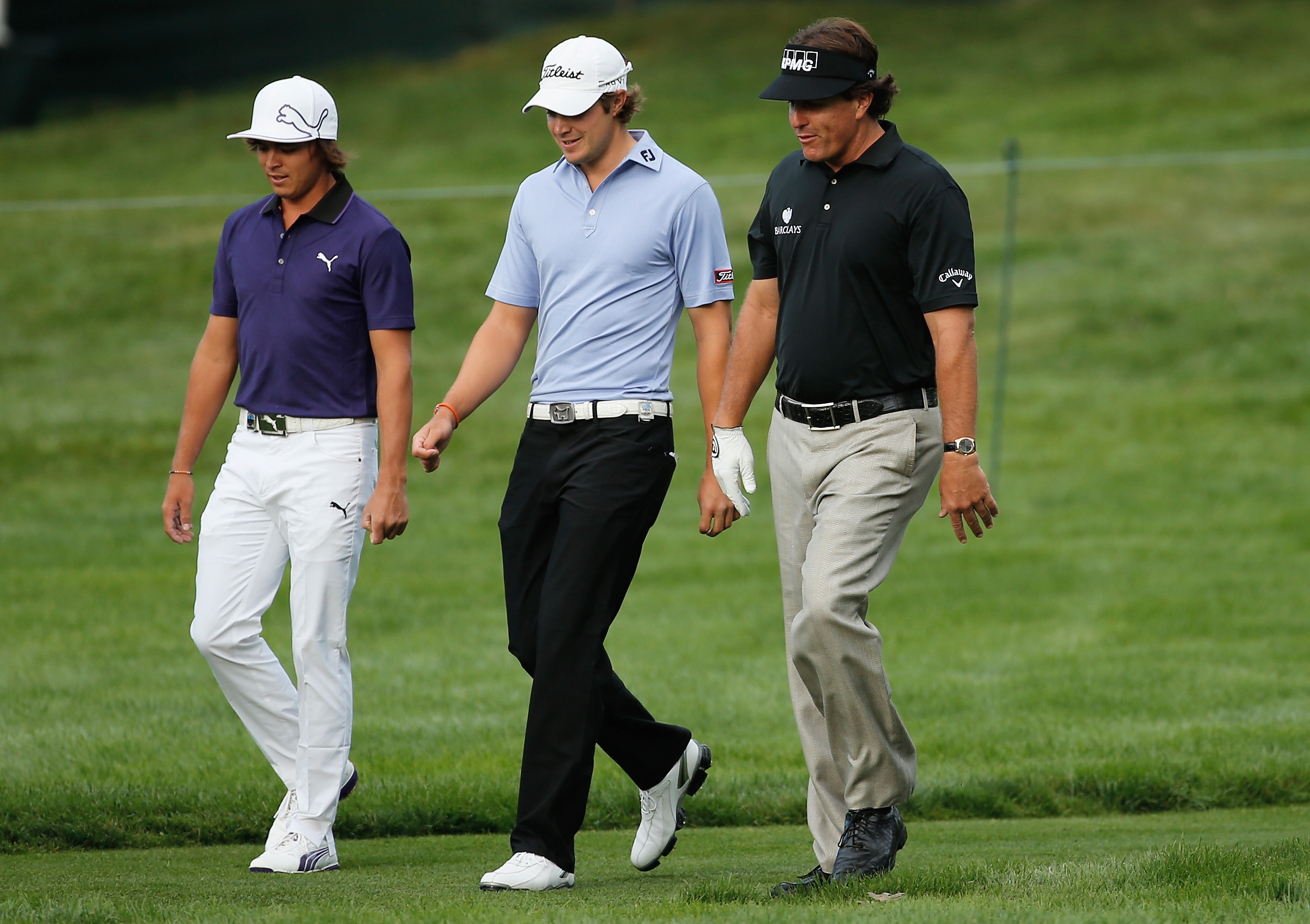 Peter Uihlein is playing in the PGA Championship this week and on Tuesday he played a pretty sweet practice round:[1. That likely involved the exchange of large sums of money between Phil Mickelson and Rickie Fowler.]

I played with three good, young players today that I think you’re going to be hearing a lot about in the near future.  I played with obviously Rickie Fowler, who you’ve seen on The Ryder Cup Team, but also Peter Uihlein and Brooks Koepka who have been playing over in Europe and developing their skills and winning.  I think it’s that type of mentality of winning and not being happy with a Top‑10, but taking on that extra risk, trying to create those shots to make birdies to win.

I think those are some young players that you’ll see in the coming years, because at their early age, when they are just turning pro, they are learning how to win and play aggressively and confidently and win.  I think there’s no substitute for that.

Pretty good day, if you ask me.