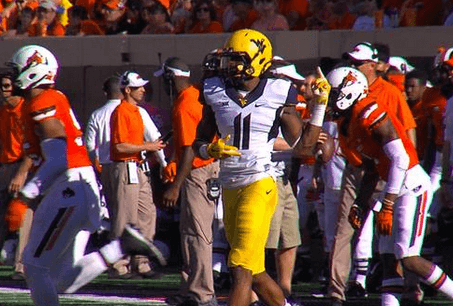 #OKState may have lost today, but #WVU's Kevin White let the bench know they're still number one. #Big12 #CFB pic.twitter.com/WKFKABSxr1

Kevin White was held to three catches for 27 yards on Saturday which is his first game under 100 receiving yards all season.

During the game he apparently flipped off the OSU bench which is odd because he should have been flipping off Kevin Peterson for putting him in a straightjacket all day.

Dana will be proud, I’m sure.

No really, he probably will.