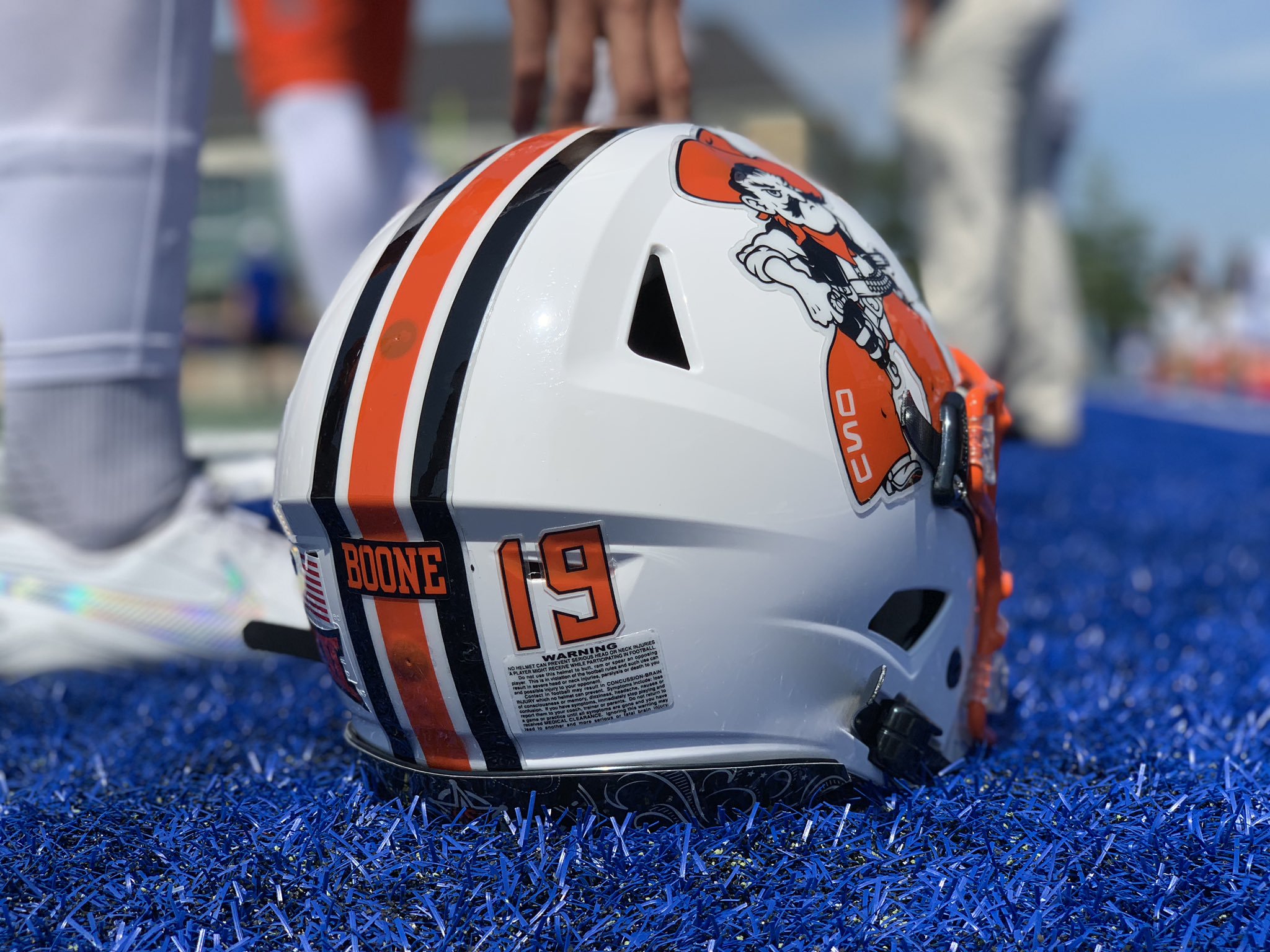 For this first time this season, Oklahoma State is wearing orange.

The Cowboys will rock go white-white-orange for the first time since the 2010 Alamo Bowl. HOW? The Pokes won that game against Arizona 36-10.

The Cowboys will have on the Patriot Pete lid with a special decal on the back to pay tribute to the late T. Boone Pickens, who passed away at age 91 earlier this week. The guys at College GameDay spoke briefly on Pickens’ passing and the sticker Saturday morning.

If you’re keeping score on PFB’s uniform predictions, Carson Cunningham and Justin Southwell went perfect this week, getting everything down to the orange facemask correct.